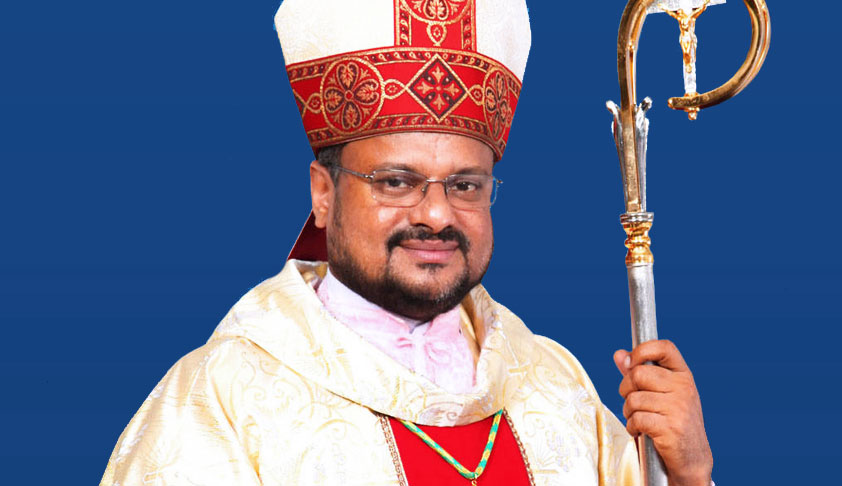 Franco Mulakkal, the erstwhile Bishop of Jalandhar Diocese of Catholic Church, who stands accused of raping a nun, has been remanded to judicial custody by the Judicial First Class Magistrate, Pala till October 6. He was taken to Sub Jail, Pala today afternoon.

He was arrested by police on September 21 evening, after three days of interrogation since September 19. On September 22, the Magistrate had granted two days police custody of Franco for further interrogation. The police stated that he had to be taken to the guest house of the convent where the offence allegedly took place to gather further evidence, and also required to examine his mobile records and laptop. Today, the remand was extended up to October 6.

On Saturday, the Magistrate also dismissed the bail application filed by Franco.

The delay in arresting him even after more than 80 days of registration of FIR had led to massive protests from several quarters. Five nuns of the Missionaries of Jesus, the congregation to which the complainant also belongs ,had started a historic protest near the High Court seeking proper investigation of the case. The unique protest staged by nuns for the past two weeks had gained a lot of public support. After news of Franco's arrest, the nuns declared end of the protest, but vowed to continue the fight to secure justice for the victim.

Franco filed an application seeking regualr bail in the High Court today. The application has been adjourned to Thursday.

Today, the High Court also closed the PILs whichever were filed seeking monitoring of investigation in the case. The petitions were closed taking note of the arrest and continuing investigation of the case. While considering the petitions on September 13, the Division Bench of the High Court had recorded prima facie satisfaction of the course of investigation on the basis of report submitted by the investigating officer. The prosecution had submitted that meticulous investigation spanning over seven districts in Kerala, and five States was under progress, and statements of 81 witnesses have been taken. It was also submitted that notice under Section 41A of CrPC has been served on Franco Mulakkal to appear before police on September 19 for interrogation. Taking note of this submission, the Court adjourned the petitions to today.