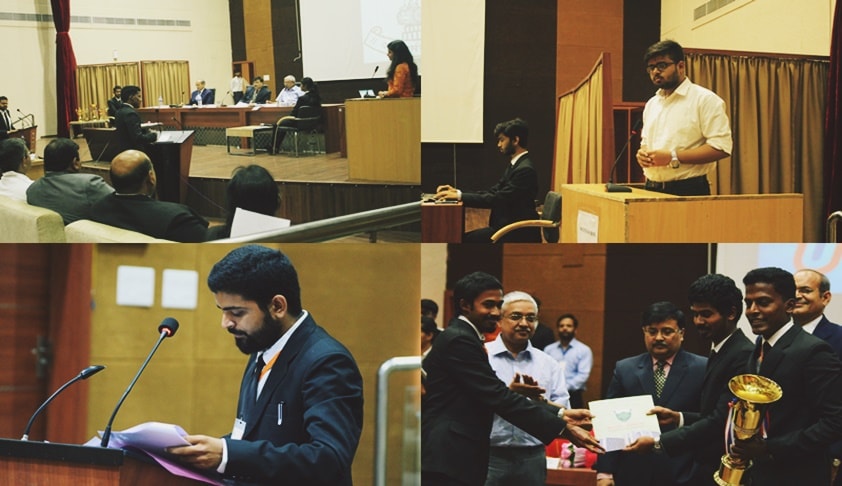 Subscription starts from
₹ 599+GST
(For 6 Months)
View Plans
Premium account gives you:
Subscribe Now
Already a subscriber?
Login
The final day of the NUSRL NTAC, 2017 some spectacular advocacy skills between the two teams which broke into the Grand Finale. Both the teams had geared up to steal the show. The witnesses were all pepped and with their witty comeback ensured that the session does not turn dreary.

The competition saw participation from over 16 Universities across the country who battled it on the 12th and 13th of this month to reach this stage.

Out of the sixteen teams, Nirma University and Saveetha School of Law, Chennai were able to qualify for the Grand Finale which was held in the Judicial Academy, Jharkhand today. The Judges for the event were none other than Shri Goutam Kumar Choudhary, Acting Vice Chancellor of NUSRL Ranchi and Director of Judicial Academy, Jharkhand, Honourable Justice Ananda Sen, Judge of High Court of Jharkhand and Sri Rajiv Ranjan, Chairperson of Bar Council of Jharkhand. The Judges after giving the final verdict in the favour of the prosecutors congratulated the participants and gave valuable tips for the future.

The valedictory ceremony took place at the same venue and the results were as follows: