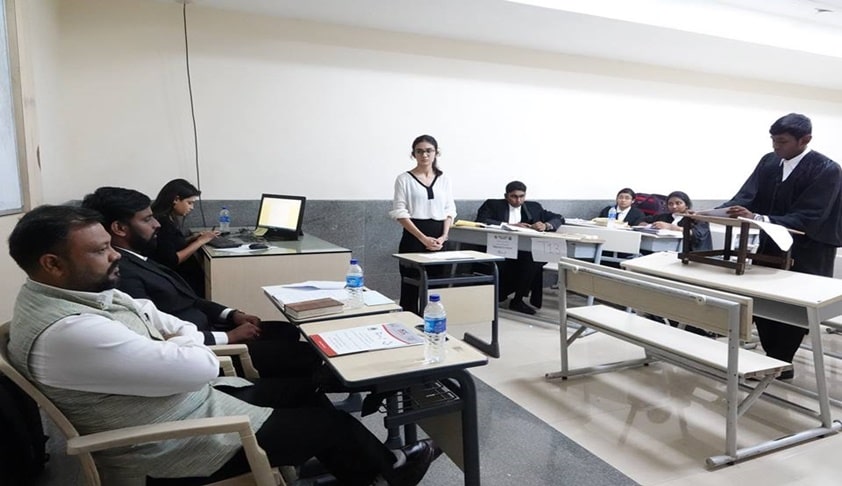 Nyayavalokan’18 Day 2 commenced with witness briefing by all 20 teams. The individual participants of every team briefly explained every witness which included right from defense witnesses and prosecution witnesses for a period of one and a half hour followed by a breakfast for the participants.

At 10:00 am, preliminary round 1 was initiated. The participants very articulately presented their arguments and craftily dealt with the judges’ questions. The judges too fired some of the most puzzling and baffling questions and at the same time were pretty supportive whilst the participants were answering. The participants too skillfully cross-questioned the witnesses respectively.

Followed by the preliminary round 2 at 3:00 pm where the participants again got a time period of one and half hour to brief the prosecution and defense witnesses. In round 2 too, the participants presented some of the most note-worthy points which were accoladed by the judges.

Towards the end of both the rounds, the judges gave a feedback personally to the individuals which was of great help for the participants in their coming rounds.

The results were then declared within one hour post culmination of preliminary round 2 where 8 teams qualified for the Quarter Finals, that are scheduled to be held on 13th October at 8:00 am.

Nyayavalokan'18 is the 9th annual edition of the National Trial Advocacy and Judgment Writing Competition being organised by SVKM’s Pravin Gandhi College of Law in Mumbai. The competition, which began on Thursday (October 11), will conclude on Sunday (October 14).