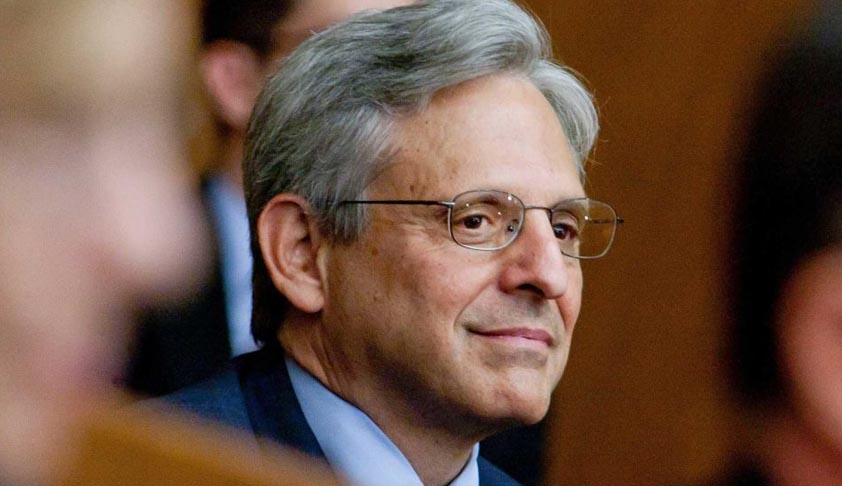 President Barack Obama on Wednesday nominated Appellate Court Judge Merrick Garland to the Supreme Court, despite warning from the Republican majority in the Senate that it will block a vote on any Supreme Court nominee from the President.

Judge Garland, 63, is the Chief Justice of the United States Court of Appeals for the District of the Columbia Circuit. He was confirmed to the D.C. Circuit in 1997 by a 76-23 vote. Considered a moderate judge, in a non-politically charged atmosphere he might be considered the GOP’s dream candidate.

“I've selected a nominee who is widely recognized not only as one of America's sharpest legal minds but someone who brings to his work a spirit of decency, modesty, integrity, even-handedness and excellence,” Mr. Obama said in the White House Rose Garden.

“These qualities and his long commitment to public service have earned him the respect and admiration of leaders from both sides of the aisle (Democrats and Republicans). He will ultimately bring that same character to bear on the Supreme Court, an institution in which he is uniquely prepared to serve immediately,” he added.

Judge Garland has been nominated to fill the post fell vacant after Supreme Court Justice Antonin Scalia’s sudden demise last month. Without Judge Scalia, the nine-member Supreme Court was split with four liberals and four conservative justices. Mr. Obama’s nominee could tilt the Court to the left for the first time in decades.

Judge Scalia’s death had set off a political debate over his successor, with Senate majority leader Mitch McConnell saying that the next President should be the one to nominate a replacement to a Court which is now evenly balanced between four liberal and four conservative Justices. Conn Carroll, communications director for Mike Lee of Utah, a Tea Party-backed member of the Senate judiciary committee had followed suit, tweeting, “What is less than zero? The chances of Obama successfully appointing a Supreme Court justice to replace Scalia?” He added: “If anything this will put a full stop to all Obama judicial nominees going forward.”

President Obama had however declared that he will make the nomination, and had stated, “These are responsibilities that I take seriously, as should everyone, they are bigger than anyone party; they are about our democracy. They are about the institution to which Justice Scalia dedicated his professional life and making sure it continues to function as the beacon of justice that our founders envisaged.”

Presidential Candidate Hillary Clinton had also supported President Obama’s stand and said, “The Republicans in the Senate and on the campaign trail who are calling for Justice Scalia’s seat to remain vacant dishonor our constitution. The Senate has a constitutional responsibility here that it cannot abdicate for partisan political reasons.”