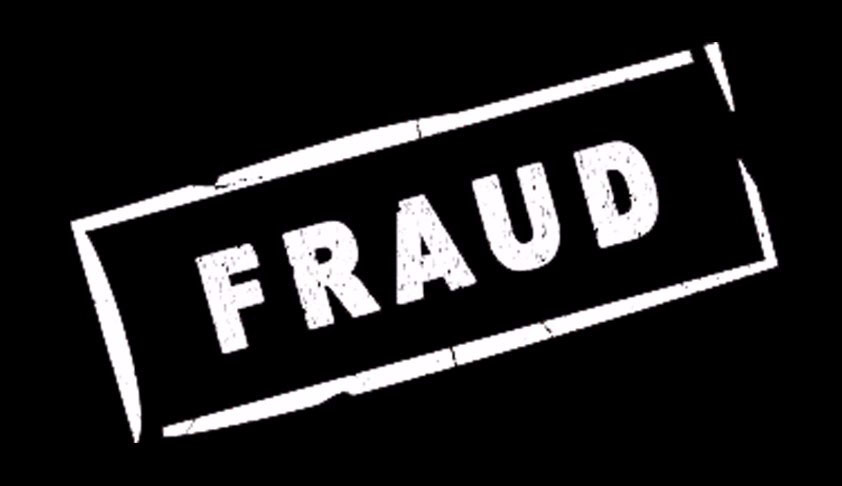 “What is fraud?” A simple definition of fraud as an offence has been skillfully avoided by jurists, judges and law makers, perhaps, due to its everlasting flexibility.  Fertility of human mind to develop new ingenuous and unforeseen deceptive methods to make profit and gain wrongfully causing loss or injury to another, may be the reason why a comprehensive definition to fraud is...

“What is fraud?” A simple definition of fraud as an offence has been skillfully avoided by jurists, judges and law makers, perhaps, due to its everlasting flexibility.  Fertility of human mind to develop new ingenuous and unforeseen deceptive methods to make profit and gain wrongfully causing loss or injury to another, may be the reason why a comprehensive definition to fraud is not attempted to, and for laws against fraud to vary from State to State.

2.Now, in the era of Information Technology, over and above the already known fraud offences, every day, deceptive activities using informative tools like mobile, net etc., have added new dimensions to the offences of fraud. Thousands of innocent people fall victim to fraudulent acts - most of them unknowingly. Tough measures to check the menace and book the offenders committing fraud, enacting innovative legislations radically widening the scope of fraud, providing more rigorous punishment for offenders, have been adopted by several nations. Still, most of the offences for fraudulent activities in our country excepting a few falling under information technology, income-tax, corporate fraud etc. where too sentences fixed are less than desirable and needed, are proceeded with, tried and decided under the provisions of the Indian Penal Code, 1860.

3. How far the provisions of the Penal Code are capable of dealing with the present ‘offences of fraud’ and can they render justice to society punishing the offenders and providing relief to the affected and aggrieved victims, demand close scrutiny and serious examination. There cannot be two opinions that the stark reality is that many offenders proceeded under the Code are either not prosecuted for various reasons including non-completion of investigation, even after considerable lapse of time, or even if prosecuted, after prolonged trial for years, they go scot-free settling the claims of the de facto complainant/s or for want of evidence or on account of slipshoded and perfunctory investigation. Conviction rate for the offences of fraud is rather dismal, and in cases ending in conviction penury of the offender proceeded who was incapacitated from settling the claim of the complainant may be the decisive factor more than anything else.

4. Indian Penal Code does not define ‘fraud’. It envisages of confining and dealing with the offence of fraud on the intention to ‘defraud’. The act of the ‘doer’ to make him culpable for the offence of fraud, primarily, is his intention and to defraud in doing the act. Unfortunately, Section 25 of the Code dealing with the definition of ‘fraudulently’ does not give any insight or meaning of the word ‘defraud’. What we have to notice is that the definition of ‘fraudulently’ in the Code limits and confines the term ‘defraud’ for the purpose of offence of fraud. Fraud under the law of contract, defined under Section 17 of the Indian Contract Act, has a wider and extensive application. But, so far as the offences of fraud under the Indian Penal Code, the definition of ‘fraudulently’ under Section 25 makes its explicit that there can be no offence of fraud unless there is an intention to defraud. When that be so, where the Code does not provide a definition  for ‘fraud’ it has limited and cringed the offences of fraud confining them to acts of deception, planned and practised, excluding from its purview all constructive frauds.

6. In the present scenario where many types of fraud offences occur and large number of people fall victims to fraudulent acts, is it not prudent and advisable to enact a new legislation to deal with such offences giving a simple, meaningful and purposeful definition of ‘fraud’. In our State under various spurious schemes like Manchiam, Goat Rearing, Total For U etc. substantial sums of money had been looted from people at large duping them with false representations of making them ‘millionaires’ in the shortest span of time. More complex and devastating fraud with the use of technological tools are also occurring through mail, internet, phone or by wire. Such common types of fraud include bankruptcy fraud, tax fraud, identity theft, insurance fraud, credit/debit card fraud, securities fraud, telemarketing fraud, wire fraud etc. Many of the above types of fraud need to be checked at the threshold when the warning signals of such fraud offences are noticed. Positive and decisive immediate action to prevent such fraud before perpetration, and apprehension of offender, is warranted. Practices of fraud like telemarketing fraud may be by way of a phone call from an unknown caller asking for small sum of money with false promise to receive an “offer” of something having considerable value. If only the victim falls prey to the false promise and suffer injury, under the Penal Code, an offence of fraud can be made out against the promissor.  We fail to note that such types of fraud are not geared against the individual but the public and it has to be checked before the offender could accomplish his fraud.  No doubt, some of the fraud offences referred to above come within the sweep of special statutes which provide for remedial measures, to prosecute and punish the offenders of such offences. Too many fraud offences defined with reference to different consequences in various statutes only add complexities and often create difficulties to identify which offence/offences are to be charged against the offender and, further, impede successful prosecution and securing of conviction.

7. Repealing all deception offences in Thefts Act, 1968 and 1978, a new Act, namely, ‘Fraud Act 2006’ was enacted in the United Kingdom introducing radical changes for dealing with the criminal offences of fraud. Qualitative and fundamental changes in dealing with offences of ‘fraud’ is made under the Act making it clear that fraud is not what the result of conduct is or its effect on the victim, but the intention of fraudster and what he did. All deceptive offences in the Thefts Act were replaced with a single offence of fraud providing a maximum punishment of 10 years imprisonment. Sweeping away all technicalities, but, retaining the basic elements of fraud, and not confining it to any special activity the offence of fraud has been dealt with under the new Act, and how it is committed in three different ways. In all three cases in which it is committed, namely, false representation (Section 2) failure to disclose information when there is a legal duty to do so ( Section 3), and, abuse of position (Section 4), for successful prosecution and conviction what is to be established is only that the conduct of the person proceeded was dishonest and his intention was to make gain or cause a loss or the risk of loss to another. No actual gain or loss needs to be proved. New offences for possession (Section 6) and the making or supplying of (Section 7) articles for use in fraud, are also included in the Act.  Offences of fraudulent trading in common to all carrying business (Section 9) and offence of obtaining service dishonestly replacing the earlier “obtaining services by deception” (Section 11) are novel features of the Act.  The most notable feature under the new Act is that to establish the criminal offence of fraud there is no more need or insistence to prove the casual link between the gain and deception. Of course, as usual, the new Act is also not free from criticism, and the strongest among them is that the provisions are too general and it has the potentiality to extend criminal liability too far, criminalizing lies and ignoring moral subtleties.  The new Act, however, is welcomed by the prosecuting agencies and police since ‘the offences are easy to understand’ and further they ‘more closely reflect real fraud activity’.

8. A new legislation defining fraud in the simplest term but comprehensive, to take various fraudulent activities to the extent possible, with provisions needed to deal with all types of fraudsters providing more rigorous sentences than what are provided under the Penal Code cannot wait any longer. Of course, in formulating such a legislation profitable guidance from other statutes of similar nature including Frauds Act, 2006 may not only be welcomed but advisable as well. Blind adaptation of any foreign statute obviously cannot be followed and the new Act must be one which takes into account the nature of fraud offences committed in the country and the measures required to curb them. Fraudsters who commit grave offences of fraud escape from punishment since the provisions in the Penal Code to deal with such offences are obsolete, archaic and outdated. A new perspective to deal with fraud offences by way of a new legislation simplifying the offence of fraud must gain urgent attention of jurists and law makers. Justice Satheesachandran is a Former Judge, High Court of Kerala. He is the Judicial Member of Armed Forces Tribunal,Cochin Bench.