The Office Of Chief Justice Of India: The Long And Short of it! 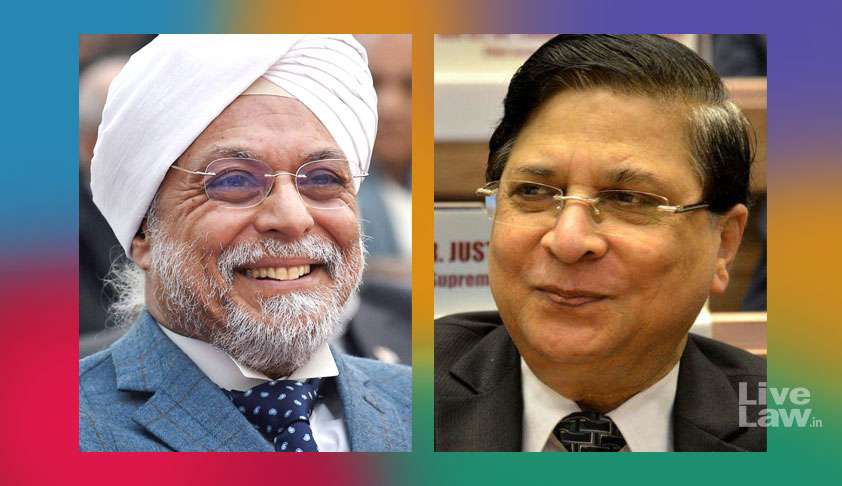 If we view from a global lens, the position of Chief Justice of the USA is a life term appointment like other US Supreme Court judges. Chief Justice John Roberts has been in office for the last 12 years. The present President of the U.K. Supreme Court, Lord Neuberger has been in office for the last 5 years, choosing to step down this year before completion of his tenure. Long tenures for any public office ensures stability and more importantly the opportunity for the incumbent to implement his vision, policies and roadmap for the institution. It allows for the leader of the institution to undertake activities, which may be unpopular at the moment but are required for the health and growth of the institution. Since the leader is in the office for a long duration, he is able to see through the implementation of new policies by addressing and overcoming any vested interests that may crop up in the institution or organization.

There have been numerous studies, which highlight the importance the optimal tenure duration to ensure high efficiency and performance in the public and private sectors. A study conducted by the Havard Business Review in March, 2013 found that the optimal period for a CEO tenure is 4.8 years, while in another study by Georgetown University in 2015 found the average tenure of a CEO to be 9.7 years. It would be difficult to imagine what General Electric would be if Jack Welch or Jeff Immelt had been at the helm of affairs for only a year or so. A common refrain amongst former Chief Justices of India commenting on their retirement, has been that they did not have adequate time to undertake reforms or activities for the benefit of the Indian judiciary. The tenure of Justice RM Lodha was much appreciated for the bold steps taken by him to improve the functioning of the Judiciary, which leads us to wonder what more could have been achieved, had he had a longer tenure?

The Supreme Court of India has often remonstrated the executive for frequent transfers of senior officials like a superintendent of police or a district magistrate before completion of their tenures for 2 years, while citing the ill effect it has on governance. However, sadly our policy makers have not yet evolved any policy for the all important office of Chief Justice of India. The government has a policy, providing for fixed tenures of 2 years for Foreign Secretary, Home Secretary, Director, CBI but not for the head of one of the most important institutions in a democracy. Recently, the Parliamentary Standing Committee on Personnel, Public Grievances, Law and Justice devoted some attention to this issue in its 87th Report, noticing the short tenures of former Chief Justices and pointed out that a short tenure does not provide a Chief Justice adequate time to implement any major reform. They recommended that longer tenures for Chief Justices would be more suitable. Despite these recommendations, no serious steps have been taken to counter the effects of short tenures for such an important office in India. One of the senior judges hearing the National Judicial Appointments Committee (NJAC) matter was reported to have observed on this issue during the hearing of the NJAC petitions hinting that it has been purposefully ensured that Office of Chief Justice did not get judges having long tenures.

Taking a cue from the international and national scenario, we are standing at the crossroads of change. Change for the better or worse can be only determined if vital concerns like ensuring adequate tenures for important offices like the Chief Justice of India can be adequately addressed through policy reforms. It is the need of the hour for our policy makers including the Supreme Court Collegium to put a robust policy in place for the selection and appointment of persons for the office of Chief Justice, who will have tenures of at least 3 to 5 years to ensure optimal functioning of the Judiciary and positive reforms for the generations to come.

Nikhil Majithia is an AOR practicing in the Supreme Court.

[The opinions expressed in this article are the personal opinions of the author. The facts and opinions appearing in the article do not reflect the views of LiveLaw and LiveLaw does not assume any responsibility or liability for the same]
TagsChief justice of India collegium Justice Dipak Misra Lord Neuberger National Judicial Appointments Committee (NJAC) Supreme Court U.K. Supreme Court
Next Story
Similar Posts
+ View more
Law Firms
+ More