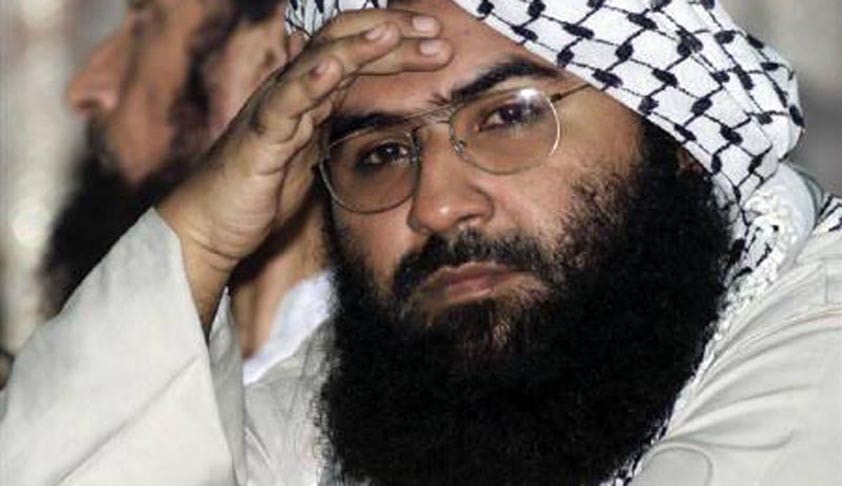 The Detention of Maulana Masood Azhar- Time for Extradition now?The wounds we received from the hi-jacking incident of Indian Airlines Flight 814 (IC-814) are proving to be the deadliest which still stems blood every now and then.  The brutal terrorist attacks in Pathankot shows that India has failed to learn from the repeated history of terror acts and especially from the infamous...

The Detention of Maulana Masood Azhar- Time for Extradition now?

The wounds we received from the hi-jacking incident of Indian Airlines Flight 814 (IC-814) are proving to be the deadliest which still stems blood every now and then.  The brutal terrorist attacks in Pathankot shows that India has failed to learn from the repeated history of terror acts and especially from the infamous Mumbai experience.

It is believed at least apparently that Jaish-E- Mohammad (Army of Mohammed) JEM is behind the well coordinated attacks in Pathankot. It was all started way back in 1999 when an Indian Civilian air-craft was hijacked and certain terrorists were released out of the deliberative and helpless compromise between terrorists and the Indian Government.

One amongst the freed terrorists was Maulana Massod Azhar who vowed a war against all states which he considered as anti-muslims in general and  USA & India in more particular. Upon his release from Indian prison, Maulana Azhar founded JEM which continued its operations from Pakistan at smaller scale. The chief purpose of JEM was to unite Kashmir with Pakistan and to expel foreign troops from Afghanistan. JEM soon became the headache of Pakistan which outlawed JEM in 2002 as a result of which Maulana splintered JEM into Khuddam ul- Islam (KUI) headed by Maulana himself and Jamaat ul- Furqan (JUF) led by Abdul Jabbar who was later detained by Pakistani authorities for his suspected role in attempted assassinations against President Parvez Musharraf and was subsequently released in 2004. Both KUI & JUF were banned in Pakistan in 2003.

Since its inception, JEM was involved in many lethal terrorist attacks including a suicide bombing of Legislative assembly of J & K building in 2001 which took more than 30 lives.

The Indian Government accused Jaish-e-Mohammed of being involved in the 2001 Indian Parliament attack. In December 2002, four JEM members were caught by Indian authorities and put on trial. All four were found guilty of playing various roles in the incident. One of the accused, Afzal Guru, was sentenced to death for his alleged role in the attacks.

Several members of JEM were also arrested in regard to abduction and brutal murder of Daniel Pearl, a US journalist which made the international headlines.  In 2009, Pakistani authorities arrested some JEM members for their suspected involvement in attack on the Sri Lankan Cricket team in Lahore.

JEM has a large number of supporters in Indian southern Kashmir, Doda regions and in the Kashmir valley who are primarily Pakistanis and Kashmiris. So far the JEM has managed to stockpile light and heavy machine guns, assault rifles, explosive devices etc.

JEM remained under constant pressure from both ISI and the ‘Hakas’ in Islamabad to prove its potential if JEM wish to continue to receive financial and other aids to host its own flag in the jungle of  self proclaimed Jihadists, Fidayins and  like groups.  The Indian Intelligence had well received the inputs of a probable terror attack in the wake of New Year eve and was indeed alert to deal with any unexpected terror situation. However, the mistake was they paid high attention to the activities of Al-Qaida & Lashkar militants while ignoring many other groups which were parallel to these groups.  In this context, the directive of ISI to deploy JEM was a move very well played and was comparatively quite successful as well.

Albeit, the international pressure and the special clause of so-called close ‘Nawaz-Modi friendship’ have compelled the Islamabad administration to detain Maulana Masood Azhar, the questions on his being legally arrested are still persisting. Even if he is legally taken into custody by the Pakistan authorities and a formal trial begins, there is no question of him being extradited to India. The mere verbal demand from Indian authorities of his extradition will invite a great uproar not only in Pakistan but in other countries as well which was evident in recent past as well.

At the end, one must not forget to appreciate the Nawaz’s first ever dare-devil and bold stand to at least mark the beginning of interrogation series which may positively leads towards happy solutions at bringing the terrorists to Justice. However, interrogative detention will not suffice and serve the purpose here. What we need is the firm action against the perpetrators of such heinous crime which will ensure complete justice to innocent victims who sacrifices their lives for the motherland.  The tears of mothers, widows, children and relatives of our dead soldiers in the Pathankot combat will find its true meaning only if the real culprit behind these attacks are brought to justice.

To ask for Maulana’s extradition would be quite laud thinking on the part of Indian administration, which at least now, seem to be a distant dream.