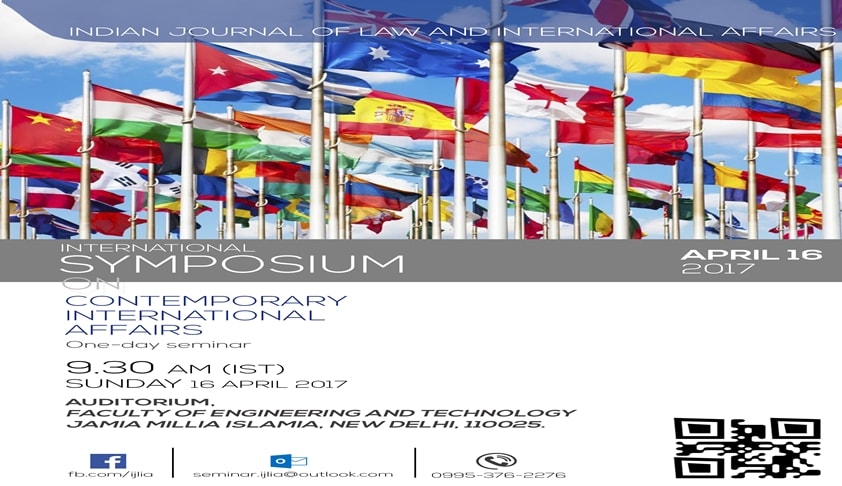 15 best papers will be shortlisted for publication in a special issue of the Indian Journal of Law & International Affairs.

The themes and sub-themes listed below are only indicative.

A cover page comprising a brief profile of the author including the current academic position, e-mail ID, contact number and official address, should accompany the abstract.


Abstracts & research papers may be submitted to the Convener of the symposium at [email protected].


Fees: A nominal registration fee is to be paid upon selection of abstract.