"One Man's Vulgarity Is Other Man's Lyric": Kerala HC Refuses To Declare 'Breastfeeding Woman On Magazine's Cover' As Obscene 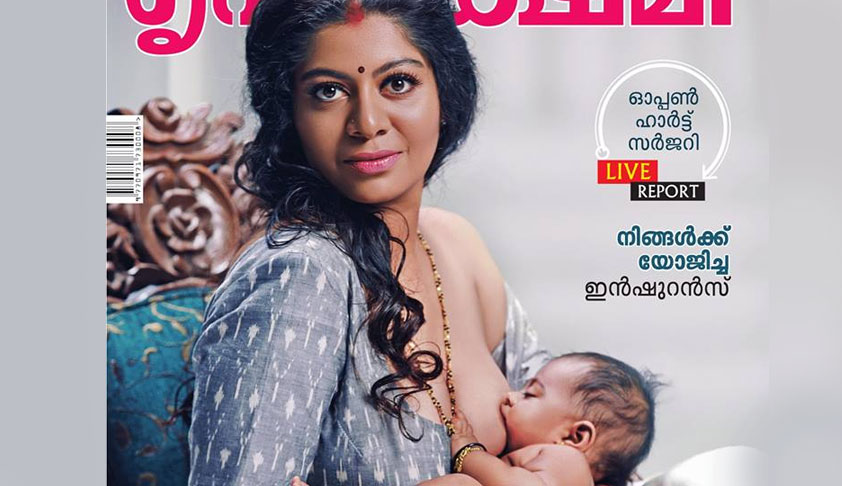 The Kerala High Court recently refused to categorize a magazine cover with a woman breastfeeding her baby as obscene, noting that "shocking one's morals" is an "elusive concept", and that "one man's vulgarity is another man's lyric".The Bench comprising then Chief Justice Antony Dominic and Justice Dama Seshadri Naidu observed, "We do not see, despite our best efforts, obscenity in the...

The Kerala High Court recently refused to categorize a magazine cover with a woman breastfeeding her baby as obscene, noting that "shocking one's morals" is an "elusive concept", and that "one man's vulgarity is another man's lyric".

The Bench comprising then Chief Justice Antony Dominic and Justice Dama Seshadri Naidu observed, "We do not see, despite our best efforts, obscenity in the picture, nor do we find anything objectionable in the caption, for men. We looked at the picture with the same eyes we look at the paintings of artists like Raja Ravi Varma. As the beauty lies in the beholder's eye, so does obscenity, perhaps.

Even the sections relied on by Felix [the petitioner] fail to convince us that the respondent publishers have committed any offence, much less a cardinal one, affecting the Society's moral fabric, and offending its sensibilities."

The Petitioner, Felix M.A. had contended that the magazine cover violated provisions of the Protection of Children from Sexual Offences Act and Rules, as well as Section 45 of the Juvenile Justice Act. He had also alleged violation of provisions of the Indecent Representation of Women (Prohibition) Act, 1986, and Article 39(e) and (f) of the Constitution of India.

The Court, however, did not agree with the petitioner's allegations. To drive home the point, the Court began by emphasizing on the point that Indian art has long appreciated and celebrated the beauty of human body. It in fact took note of the paintings in Ajanta, and the Kamasutra to highlight the maturity of the Indian psyche.

"Throughout their long history, the arts of India—both visual and literary—have consistently celebrated the beauty of the human body, notes the much-acclaimed travel-writer, William Dalrymple. Indeed, the whole tradition of yoga, he continues, was aimed at perfecting and transforming the body, with a view, among the higher adepts, to making it transcendent, omniscient, even god-like.

The body, in other words, is not some tainted appendage to be whipped into submission, but potentially the vehicle of divinity. In this tradition, the sensuous and the sacred are not opposed. They are one, and the sensuous is seen as an integral part of the sacred. The gods were always depicted as super-humanly beautiful, for if the image was not beautiful then the deities could not be persuaded to inhabit the statue. We could not express better than what Dalrymple has said in his lyrical prose.

Kama Sutra—the Aphorisms of Love—composed by Vatsyayana many millennia ago, is the first scientific treatise in the world on eroticism," it observed.

The Court went on to quote passages from books authored by Advocates and legal scholars Abhinav Chandrachud and Gautam Bhatia. Citing Mr. Chandrachud's book Republic of Rhetoric: Free Speech and the Constitution of India, it noted,

"In a provocatively titled chapter—Obscenity Lies in the Crotch of the Beholder—of his book Republic of 'Rhetoric: Free Speech and the Constitution of India', by Abhinav Chandrachud wonders whether sexually arousing material be banned merely because somebody might get addicted to sex? After all, there is much in the modern world, he answers, which is addictive, yet legal: cigarettes, alcohol, even chocolates, present easy examples. He then cautions that "to censor pornography because it degrades women sends us down the path of a slippery slope.""

The Court took note of Mr. Bhatia's book 'Offend, Shock, Or Disturb: Free Speech Under the Indian Constitution' as well, wherein the latter had asserted that decency and morality cannot be equated with public decency and morality. In the book, Mr. Bhatia had opined that Article 19(2) has "no public interest exception," for the rights of free expression, assembly, and association—19(1)(a), (b), and (c)—are far too important to be subjected to a general public interest.

"Our effort to define, to confine, or even to subjugate 'obscenity' has never been smooth. Rather, the Constitutional Courts have decided to adopt the changing mores of the marching civilization and the changing societal sensitivities. They have begun to view 'obscenity' from a prism of 'reality'. So our journey on this interpretative path has not come to an end, as yet", said the Court.

Gautam Bhatia and Abhinav Chandrachud are both brilliant scholars and it is great to see that judges are reading their work! https://t.co/t6dBYu2kL8

Justice Dama Sheshadri Naidu, who wrote the judgment for the bench continued:

"We cannot, as a nation—people of all shades of faith and belief— afford to chain ourselves to the past, glorious it may have been. That glory, in fact, was a change and almost an abomination for those living then. Only from the prism of the present, that past appears to be glorious. Who knows what we detest now, as our ancestors did then, as decadence may be its very glory, viewed from a distant tomorrow. No nation desiring progress could afford to have its people chained to the past. Even water stagnant stinks, flowing fascinates. As Steven Pinker10 observes, "[C]ultural memory pacifies the past, leaving us with pale souvenirs whose bloody origins have been bleached away."

Pinker notes how the pain of past is painted over as a cover of culture. "A woman donning a cross seldom reflects that this instrument of torture was a common punishment in the ancient world; nor does a person who speaks of a whipping boy ponder the practice of flogging an innocent child in place of a misbehaving prince. We are surrounded by sings of the  depravity of our ancestors' way of life, but we are barely aware of them."

We may observe that culture is a loaded label: for some it is a badge of honour, and for others it is a symbol of shame. A white supremacist's culture is a Blackman's slavery, apartheid and untouchability being no different. After all, one man's pride is another man's shame.

Silence caused by law, in the words of Justice Brandeis, is the argument of force in the worst form. 12   In On Liberty, John Stuart Mill memorably laid down the Harm Principle: 'The only purpose for which power can be rightfully exercised over any member of a civilized community against his will, is to prevent harm to others'.   His own good, whether physical or moral, is not a sufficient warrant".

Quoting extensively from the two books, the Court then relied on the judgment in the case of Aveek Sarkar v. State of West Bengal, wherein the Supreme Court had accepted the "Contemporary Community-Standards test", asserting that the decisions in such cases must be taken keeping in mind the contemporary national standards and not that of a group of sensitive persons.

The Supreme Court had explained, "A picture of a nude/semi-nude woman, as such, cannot per se be called obscene unless it has the tendency to arouse feeling or revealing an overt sexual desire. The picture should be suggestive of deprave mind [sic] and designed to excite sexual passion in persons who are likely to see it, which will depend on the particular posture and the background in which the nude/semi-nude woman is depicted.

Only those sex-related materials which have a tendency of 'exciting lustful thoughts' can be held to be obscene, but the obscenity has to be judged from the point of view of an average person, by applying contemporary community standards."

The Apex Court then had cited the 1957 American case of Roth v. United States, wherein it was observed that sex and obscenity are not to be seen as synonyms. It was held that only those sex-related materials which had the tendency of exciting lustful thoughts were found to be obscene and the same has to be judged from the point of view of an average person by applying contemporary community standards.

Taking note of the judgment in Aveek Sarkar's case, the High Court now opined that it squarely answers the petitioner's allegations, and dismissed the petition, ruling, "Going by the contemporary community standards —and without troubling ourselves with patent offensiveness—we may observe that, given the picture's particular posture and its background setting (mother feeding the baby), as depicted in the magazine, it is not prurient or obscene; nor even suggestive of it."