Only Seems To Have Been Done 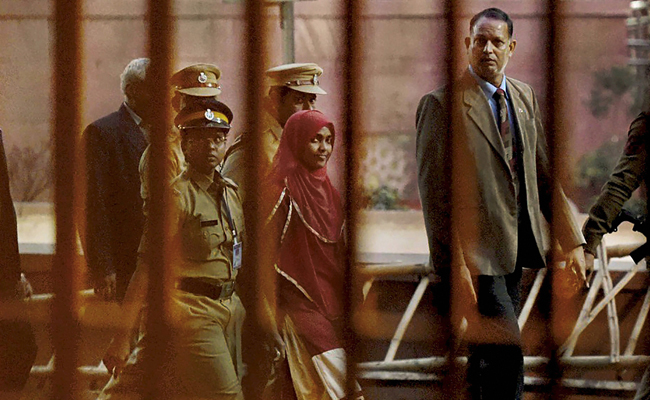 There are incidents so rare in the long unrelenting march of time which have the power to alter the course of history once and for all. KS Puttaswamy vs Union of India – the right to privacy judgment, is one such decision of the Supreme Court of India which has the power to allay moral and legal confusions about marriage, dispel long standing societal norms, curtail state control over...

There are incidents so rare in the long unrelenting march of time which have the power to alter the course of history once and for all. KS Puttaswamy vs Union of India – the right to privacy judgment, is one such decision of the Supreme Court of India which has the power to allay moral and legal confusions about marriage, dispel long standing societal norms, curtail state control over private lives and decision of citizens and gradually drive human life towards true freedom. However, the first case where the court had the opportunity to enforce this fundamental right has met with strange indifference.

“I want my freedom”. This emphatic plight of Hadiya reverberated in the Supreme Court. This plight was an embodiment of not only the anguish and helplessness felt by every woman, but also the struggle for freedom from the deep-rooted prejudice in the society which has categorized women as an inferior gender in need of constant care.

The Kerala High Court had passed a judgment annulling the marriage of Hadiya with Shafin Jahan on the grounds of forcible conversion and radicalization. The high court, while annulling the marriage, observed that Hadiya was not mature enough to take decisions intimate to her life and put her in custody of her parents. The decision was challenged by her erstwhile husband before the Supreme Court and the court has till date not overruled this judgment of the high court.

The Jurisprudential Conundrum Of Hadiya Case

On November 27, the Supreme Court, after 4 months and many long hearings, finally heard Hadiya. She made it clear that she wanted her freedom and a life with her husband. She expressed her desire to complete her education and become a homeopathic doctor. The court, while acceding to the latter, failed to address the former. The court has directed her to be ‘taken’ to Salem to pursue her studies. The court has generously granted her wishes and allowed her (a 24-year-old woman) complete her education. Although she has been removed from the custody of her parents, it cannot be positively assumed that she can move around freely without any restrictions and meet her erstwhile husband. Justice is only seemed to have been done. The questions of annulled marriage and fractured liberty are a haunting reminder of the inadequacy suffered by the order. Will the court regulate Hadiya’s life by passing orders on every occasion?

Our Constitution is a vibrant document always alive to the plight of its citizenry. The fundamental rights are found not only in text, but also in the implications from the dark matter in the Constitution. The right to privacy is one such implication which was established as a fundamental right by the Supreme Court of India. Justice Chelameswar and Justice Nariman have succinctly elucidated that the right to privacy extends to intimate decisions which grants an individual the autonomy over her most personal life choices. Hadiya, despite having such autonomy, is being driven around with a leash around her neck. Neither the court nor the government have any right to meddle in the personal affairs of individuals. And in the event any such intervention is exercised, it is the duty of the Supreme Court to set matters right and ruthlessly stamp out such interventions. However, despite long hearings and several months passed by, the marriage of Hadiya remains annulled.

The failure to overrule Kerala High Court judgment is systemically reaffirming the belief that a woman can be treated like a chattel, and although liberty is available to her, the same is subject to control of her parents, her husband, the court or the government. The Supreme Court is extending this fractured liberty to Hadiya completely diminishing her privacy, a serious infraction of which was committed by the Kerala High Court. Despite having informed the court that she desires to be free and live with her erstwhile husband, the court has refused to grant the same. There are overarching considerations of grave security threats which seem to be the reason for the reluctance in granting Hadiya her freedom. Such concerns although may be well placed, it, in no manner, justifies treatment of a woman as a chattel, being driven from one place to the next under supervision. There are multiple solutions (state supervision, impounding passports) in which these concerns for security can be addressed, annulment of marriage not even being the last of them. The right to privacy in this case is reduced to a parchment right.

A regulation of liberty is the very proof of its absence. Hadiya has a right to live her life on her own terms, a fact which the court has failed to address.

Vaibhav S. Charalwar is an advocate at Supreme Court of India.