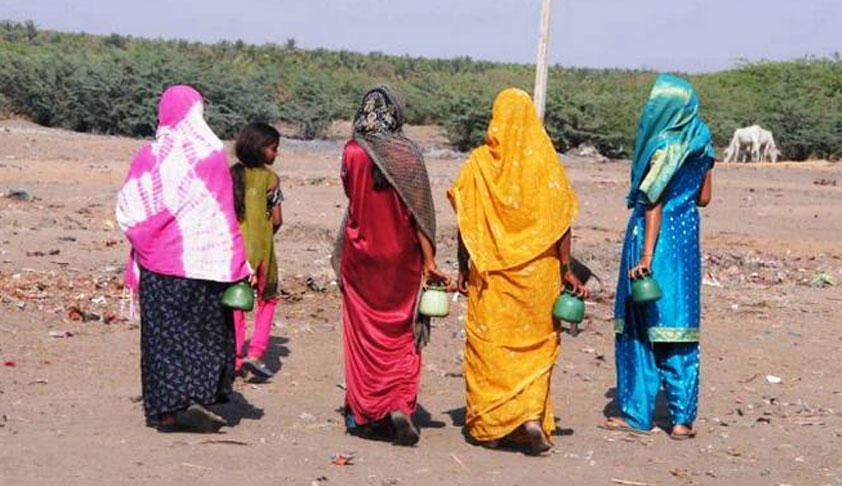 In spite of all kind of development, the practice of open defecation is widespread in India. The problem of open defecation, poor sanitation, and public health are important governance issues in a developing country like India for ensuring human development index. The problem of poor sanitation has also significant impacts on the safety, well-being and educational prospects of women. The lack...

In spite of all kind of development, the practice of open defecation is widespread in India. The problem of open defecation, poor sanitation, and public health are important governance issues in a developing country like India for ensuring human development index. The problem of poor sanitation has also significant impacts on the safety, well-being and educational prospects of women. The lack of access to a clean, safe toilet, especially during menstruation perpetuates risk, shame and fear. The most important factor is that the state does not provide adequate access to safe, secure and hygienic sanitation facilities to every household in the semi-urban and rural areas. The abhorrent practice of open defecation has an important gender dimension given the incidents of violence against women.  Under this background, the present article wishes to analyse the law and policy framework at international and national level relating to sanitation in order to guarantee the right to safety and security of women.

The problem of open defecation

The problem of sanitation is still most unaddressed development challenges, which depicts sad picture at the international and national level, particularly in developing countries of the South. As per the United Nations Development Programme’s Multidimensional Poverty Index, 1.5 billion people in 91 developing countries live with simultaneous deprivations in health, education and standard of living. The practice of open defecation is prevalent in rural and urban India both at a very high level. Globally, India continues to be the country with the highest number of people -- 597 million -- practicing open defecation as per a joint report published by the WHO and UNICEF. As far as India’s situation is concerned, according to Government of India Census 2011, 69.3 percent in rural and 18.6 percent urban Indian population do not have access to toilet, and hence are forced to defecate in the open.

At the global level, various international conventions have acknowledged the right to health and sanitation impliedly as well as explicitly. The Universal Declaration of Human Rights, 1948 is the pioneering law on the human rights. It deals with the basic human right questions within the framework of health, food, housing and particularly the right to live with human decency and dignity. In 1994, at the International Cairo Conference on Population on Development, it was stated that the right to an adequate standard of living included adequate water and sanitation. In 2006, the UN Sub-Commission Guidelines for the Realisation of the Right to Drinking Water and Sanitation explicitly stated that everyone has the right to access adequate and safe sanitation that is conducive to the protection of public health and the environment.

The United Nation General Assembly on the Human Right to Water and Sanitation, 2010, also recognizes that the right to safe and clean drinking water, and sanitation as a human right is essential for the full enjoyment of life and all human rights. Recently a resolution adopted by the United Nation General Assembly on 24 July 2013, ‘Sanitation for      All’,  designates 19 November as World Toilet Day recalling its resolution to follow agendas in 2008 and 2010, respectively, and conscious of the impact of the lack of sanitation on people’s health, poverty reduction, economic and social development and the environment, in particular water resources.

The Constitution of India under Article 14 guarantees “equality before the law” and “equal protection of the law”. It empowers the State to take affirmative measure for women under Article 15(3). All gender-specific laws find their genesis under this clause. The right to sanitation is a part of the fundamental right to life. Though the right to sanitation has not been included explicitly as a fundamental right under the Constitution, the judiciary has interpreted it as a part of the fundamental right to life.  Directive Principles of State Policy, under Article 39, enjoin the State to provide adequate means of livelihood for men and women, equal pay for equal work for both men and women, and ensure just and humane conditions of work and maternity relief for women.

There is a rapid and alarming increase in violence against women in India. The National Crime Records Bureau has reported 3,09,546  cases on of rapes in 2013, but these statistics do not highlight the varied circumstances in which these offences were committed, including the lack of sanitation facilities and the practice of open defecation. In order to fill this gap, our judicial decisions involve the offence of the rape as defined under Section 376 of the Indian Penal Code (IPC), 1860. However, in the research, only those cases are considered where the offence was committed when the victim went for, was engaged in or was returning from answering the call of nature or relieving herself. This section reproduces the major specific and general finding of the research. Wherever relevant, the specific finding has been compared with the finding available for the matter discussed above. This section also highlights changes in the provisions of the applicable criminal laws resulting from the Criminal Law (Amendment) Act, 2013 which are likely to affect the manner in which similar cases are decided in future.

Health and sanitation have been considered as part of Article 21 on various occasions by courts in India. In the early 1980s, the judicial approach in Municipal Council, Ratlam v Vardhichand, the Supreme Court speaking through Justice Krishna Iyer in an unmistakable term developed an alternative ratio. A responsible municipal council, constituted for the precise purpose of reserving public health and providing better facilities, cannot run away from its principal duty by pleading financial inability. Decency and dignity are non-negotiable facets of human right and are the first charge on local self-governing bodies. Dovetailing environment and health, the Supreme Court, in Virender Gaur v State of Haryana, delineated that ‘the word environment is of broad spectrum which brings within its ambit hygienic atmosphere and ecological balance’. The citizen cannot exercise the fundamental right unless the corresponding constitutional duty is being carried out by the municipality.

In MC Mehta v State of Orissa, the court constituted a committee of senior government officials to devise measures to prevent water pollution and improve Cuttack’s sanitation a year. In KC Malhotra v State of MP, the Madhya Pradesh High Court directed the municipal authorities to cover an open drain, build public latrines and ensure that the drinking water supplied was not contaminated. The state public health department was told to adopt a range of public health measures. In Noyyal River Ayacutdars Protection Association v Government of Tamil Nadu, the court also examined sanitation from the point of view of fundamental rights and read the right to life as including the right to sanitation. In doing so, courts have focused on the link between sanitation, public health dignity and the environment.

With regard to right to health, in the leading decision delivered in Parmanand Katara v Union of India, Indian Medical Association v VP Shantha and some other cases, the court created the ‘right to health’ and access to medical facilities part of the public health system. On the basis of the case law, it appears that the right to sanitation and health are well recognized as part and parcel of Article 21.

From the above discussion, it is clear that no general or specific legislative framework on sanitation through which the human right to sanitation should be realized for present and future generations exists in India. Therefore, there is urgent need to relook the existing laws and policies in a broader understanding of sanitation to ensure the right to health and to ensure access to sustainable sanitation for all, which promotes the decency and dignity of human being. The role of judiciary is commendable but there is also a need to improve the capacity of the governmental authorities concerned to perform their duties and functions for realising the same.

Rishikesh Singh Faujdar is a Ph.D Scholar, Faculty of Law, Jamia Millia Islamia (A Central University), New Delhi and Sudhanshu Chandra is an Advocate at Supreme Court of India.

1.Convention on the Elimination of All Forms of Discrimination against Women, available at http://www.un.org/womenwatch/daw/cedaw/text/econvention.htm

2.The Universal Declaration Of Human Rights (UDHR) available at http://www.un.org/en/documents/udhr/