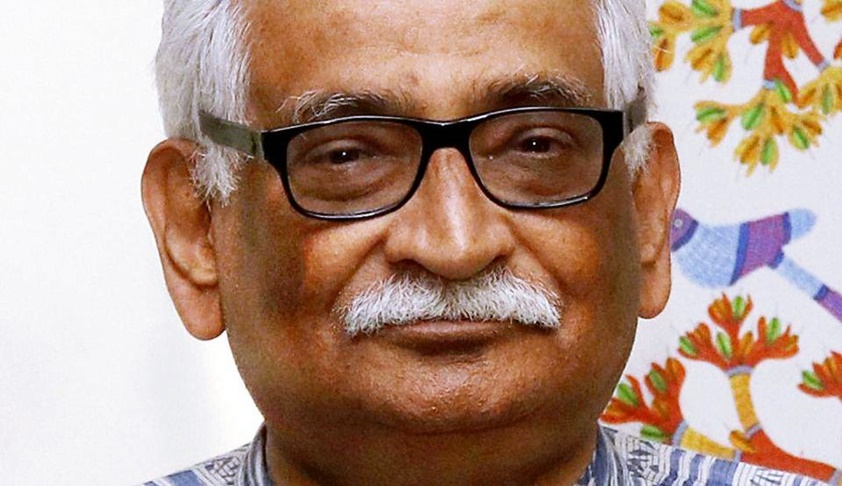 Dear Dr Rajeev Dhawan,Your letter retracting from your self-imposed exile from the profession is great news to ring in the New Year. But, we press on for your larger contribution and not confining yourself to the pending cases. And let me tell you why.Most of us quite vividly remember when the news spread in the Supreme Court that you were joining the bar. That someone who...

Your letter retracting from your self-imposed exile from the profession is great news to ring in the New Year. But, we press on for your larger contribution and not confining yourself to the pending cases. And let me tell you why.

Most of us quite vividly remember when the news spread in the Supreme Court that you were joining the bar. That someone who had already published 17 works on the Constitution was going to be amongst us generated the excitement it deserved. I guess that was a quarter century ago.

You know best that the profession is so demanding that it extracts the life out of a lawyer. And the stresses and strains of the brief on rare occasions result in violent outbursts in the court. I remember a particularly acrimonious confrontation between the Justice Kuldeep Singh and the late Altaf Ahmad. Tempers flared during the hearing and the exchanges were bruising. The same evening, there was a tea party on the lawns of the Supreme Court. It was a particularly moving to see Justice Kuldeep Singh waiting with a plate to hand it over to Altaf Ahmad. The eminent Justice, by this gesture, was endorsing the fact that the quarrels of the court room were of momentary value and of no consequence. I don't think you should feel otherwise.

On the other side, the judges have their own challenges and pressures which the bar often ignores. Justice William Rehnquist had something interesting to say on the most contentious issue of right to advance oral arguments:

“In the best of all worlds, the system would probably be best served by a bar thoroughly steeped in its obligation to the courts and limited only by self-discipline as to the amount of time a lawyer might take in arguing a point of law. But the position to which courts in this country have gradually come is that time is a commodity in very short supply, and if courts to decide the number of cases the public expect them to decide, the amount of time allowed for oral argument must be rationed.”

No matter, howsoever, unsatisfied we may feel about quantity and quality of the hearing, our Supreme Court has not reduced the oral hearing to a meaningless ceremony, leaving judging solely to the unguided predilections of the judge like in the U.S. Supreme Court.

The need to adjust to the demands of each other while going about working the Constitution is certainly daunting and challenging. But it is necessary. For nobody, but the Bench and the Bar are in unison in understanding, that our freedoms always hangs in tenuous balance even in a democracy. The only protection from an overweening executive for the individual relying on the parchment we call the Constitution, is the functioning of an independent judiciary.

Dangers of executive intimidating in matters of the judiciary are all pervasive in all times and in every jurisdiction. Within two weeks of the military coup in Turkey in July this year, 2,745 judges were sacked. The signal was very clear. The judiciary dare not consider the liberty of those incarcerated. At the last count, 70,756 people, including academics, journalists, leaders of opposition and 800 judges and two judges of the constitutional court, are incarcerating in Turkey’s prisons. Yet this abomination doesn't engage the people or the international media. It is the lawyers of Turkey alone who are battling on.

It is always the legal fraternity which spearheads any encroachment on the independence of the judiciary. Nothing illustrates better than the events that followed the supersession of the three judges of the Supreme Court. The masses did not take to the streets. It was the lawyer fraternity which did everything in their power to fight the battle for independence of the judiciary for four-long decades right upto the NJAC verdict and beyond.

The only exception were the events in Poland in July and November this year, when, the current right wing government brought in sweeping legislations to usurp the power of judicial appointments  from the Committee of Jurists and to undermine the Independence of the courts. The Poles took to the streets in 70 cities across Poland including the capital, Warsaw. These events are but rare in human history.

Never before since the Emergency has the threat to the judicial independence been so real, so pervasive and so persistent. The NJAC verdict, where your contribution leaves an indelible imprint, was a hard-won victory in securing independence. But the NJAC verdict, as the events continue to unfold, is not and will not be the last challenge on the citadel. It goes without saying that the judiciary requires to secure the moral legitimacy  in the appointments process by meeting the challenges of accountability, representation, getting talent from the widest pool and not confining the zone of consideration to the privileged sections of the Bar alone.

Many of our bold and brilliant minds are currently being prevented from moving up the ladder and some even unjustly refused transfers justly sought for. The invisible hand of the executive is pervading.

The responsibility often falls on men of letters like you to bring to the public domain and its consciousness that it would be naive to presume the executive involving in the affairs of the judiciary is ever benign or benevolent.

The court has only one reliable ally to meet the challenges in the face of antagonistic popularly elected branches of the government. And that is an independent and strong Bar, which you in many ways personify.

The independence of judiciary in India needs to be continuously written, if the Constitution is to have meaning and purpose to the people of India. And more than ever, it requires a bold and articulate statesman like you to continue writing its story.

Advocate Santosh Paul is a lawyer practicing at Supreme Court of India.

[The opinions expressed in this article are the personal opinions of the author. The facts and opinions appearing in the article do not reflect the views of LiveLaw and LiveLaw does not assume any responsibility or liability for the same]
TagsIndependence of Judiciary NJAC Verdict Open Letter Rajeev Dhawan Supreme Court
Next Story
Similar Posts
+ View more
Law Firms
+ More