Open Letter to Parliamentarians on our Unrestrained Vehicular Pollution 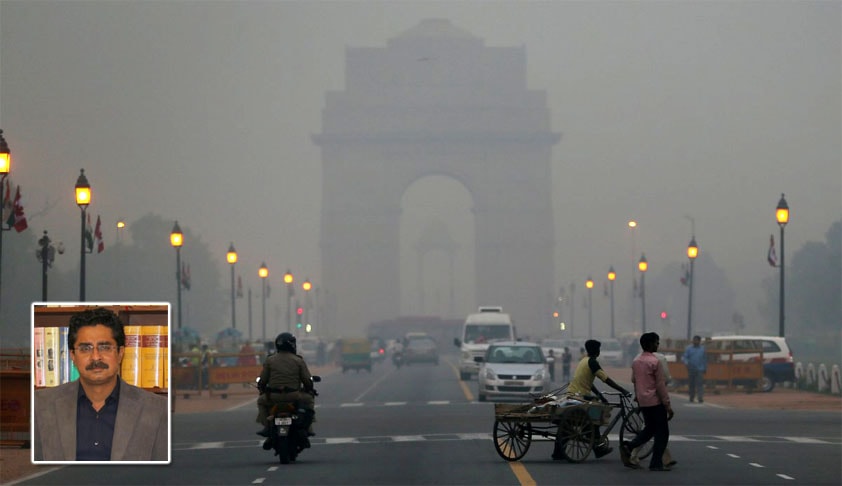 I write this letter as there is a tremendous urgency in addressing the issue of vehicular pollution. The debate on pollution is straying far away from the prime causes of the all-pervading poisonous air which we breathe.

This is your second winter in Delhi. Your lungs are breathing in 500 to 700 RSPM c3 (Respirable Suspended Particulate Matter per cubic meter). That is 25 to 31 times the permissible limit. Mind you the WHO standards of permissible RSPM levels is 20. It not 100, as claimed by the government sources.

NO 2, nitrogen dioxide which exudes from diesel engines in such large amounts when touches moisture turns to acid.  This includes the moisture in our airway passages. To contain nitrogen dioxide emissions is so difficult that even VW had to build in systems to cheat emission testing devices.

Pollution is a great leveler. Unlike bottled water, it affects every one of us; the rich and the poor, those living in the Lutyens Delhi and those living outside it, the Prime Minister and the laity, the Parliamentarians and the proletariat. That’s because, no matter what our wealth quotient is, science has not yet been able to create environmental incubators.

In the year 2002 RSPM levels in Delhi had touched 182 which was treated alarming enough to for the Supreme Court to intervene. The Court on credible and scientific opinion banned diesel driven public transport vehicles in Delhi. The conversion of public transport to CNG resulted in dramatic improvement in the air quality. This breath of fresh air was short-lived. In a little over a decade we managed to reverse the benefits of that decision, by introducing lakhs of diesel fuelled passenger cars. India took to what I call 'dieselization' with a zealous fervour. That’s because we Indians are more economic-minded than others. First it was the subsidy which enticed us. When the subsidy went, we still choose diesel simply because the mileage is better. So we in India have a phenomenon of every car manufacturer having a diesel option unheard of in the rest of the world. Result: we have managed to create 13 out of the 20 most polluted cities in the world: New Delhi, Patna, Gwalior, Raipur, Ahmedabad, Lucknow, Firozabad, Kanpur, Amritsar, Ludhiana, Allahabad, Agra, Khanna.

How did we manage to do it? Contrary to popular perception, diesel cars emit 7.5 times more toxic particulate matter than equivalent petrol cars. Diesel cars emit three times more the deadly NO2. It also emits sulphur content and PM2.5 (particulate matters smaller than 2.5 µ size). To cleanse emissions from diesel cars involves high-cost equipment which only the high-end cars are providing. Since emission norms are pitiable, we have lakhs of soot spouting diesel cars. In Bangkok, the land of endless traffic jams the RSPM level is just 50. How do they manage it? That’s thanks to the strict emission norms a country with only one third our GDP.

At the time of filing the petition challenging the dieselization in the Supreme Court, in the year 2013, studies had already revealed that we had climbed the global ladder on vehicular pollution. These studies were made by prestigious institutions like Yale and Columbia Universities, Centre for Science and Environment, New Delhi, Central Pollution Control Board, European Union Research Program. But our automobile industry and its enthusiasts treated them as alarmist, even wrong and worse ‘anti-development’.

LOSING THE PLOT ON VEHICULAR EMISSIONS

It is interesting that even at this late stage there are innumerable voices from the industry and other vested interests attributing desert dust, hay burning, garbage burning, factories, in fact, everything except diesel and vehicular emissions. If desert dust is the cause, how do these cities in the midst of searing deserts have low RSPM levels like Dubai (119), Jerusalem (60), Tel Aviv (67). If hay burning around Delhi is the cause, why are scores of our cities suddenly falling to the scourge of pollution? One cannot escape the fact that rising dieselization of private transport explains the pollution levels reaching dizzying heights in our major cities.

Odd and even cars, pollution tax and ‘no car days’ are mere symbolic gestures. They will only marginally reduce the pollution levels and the respite is temporary. All these measures do not address the key issue which is, controlling the emissions from the vehicles. People will have to be transported to work and their myriad other human activities. Unless the government policy makes a Teutonic shift to controlling tailpipe emissions to Euro 6 prevalent in the first world there is no hope.

THE FALLACY OF THE ‘EMERGING ECONOMY ARGUMENT’

For a long time the argument that emerging economies need far more relaxed standards for pollution control has very successfully derailed all attempts to bring in stricter emission norms. So we remained at Euro 4 a relic of the year 2005. Every world-class city battled pollution, enforced strict emission norms and yet reached the highest frontiers of economic excellence. The RSPM levels, be it New York (57), Berlin (42), Sydney (37), Paris (51), Vienna (46), Washington DC (58), Moscow (48), Ottawa (38), Montréal (38), Singapore (55), Kuala Lumpur (41) and Bangkok (50) prove a point. Besides, if India is to be on the fastest growth path and is to become a FDI hotspot, it certainly cannot simultaneously be exposed to the charge of having 13 of the 20 most polluted cities in the world.

WE WOULD BE AT WAR

It has been long established vehicular emissions especially diesel emissions contains mutagens and carcinogens which causes lung cancer, heart failure, chronic bronchitis, heart damage, cardiovascular disease and cardiopulmonary diseases. Penny Woods, chief executive of the British Lung Foundation has gone on record, “There is a growing consensus in the medical community that diesel particulate emissions are more dangerous to health, particularly lung health, than previously thought”. It’s impact on children includes, tragically brain damage. For some reason we not only ignore these studies, but also pretend they simply do not exist.

If a foreign army or insurgents were to release noxious air and cause these deadly diseases on our populations, we would be at war with that country. Yet we tolerate an unaccountable industry. We do not subject them to the strict emission norms of the developed world. Instead we buy every implausible theory.

I guess I have made my point that if we as a nation, are to nurture a healthy future generation of Indians and make our cities world class, we need the emission norms of the developed world. Our diesel-fired vehicles have to adhere strictly to EURO 6 on tailpipe emissions which is the international norm. We as humans can tolerate only as much pollution as those who live in the developed world and nothing more. Millions of Indians gasping on the poisonous gases are looking for leadership. There is no escape but to enforce EURO 6 on tailpipe emissions forthwith. And most importantly find technical solutions of retrofitting existing diesel engines on the road to make it EURO compliant.