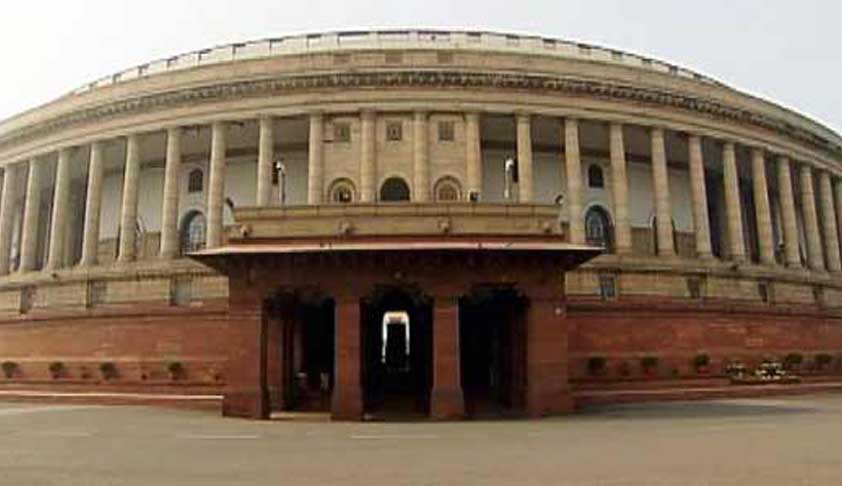 Last week, three men died in sewage manholes at Dharmapuri district in Tamil Nadu. In July, three men died at the prestigious Indira Gandhi National Centre for the Arts in Central Delhi when they descended into a manhole. These six men were part of India’s community of manual scavengers; a profession so demeaning and yet so important because they keep our cities and villages clean and free...

Last week, three men died in sewage manholes at Dharmapuri district in Tamil Nadu. In July, three men died at the prestigious Indira Gandhi National Centre for the Arts in Central Delhi when they descended into a manhole. These six men were part of India’s community of manual scavengers; a profession so demeaning and yet so important because they keep our cities and villages clean and free from filth and illnesses. The continuance of this profession is a national shame that India must exorcise in this ongoing Monsoon Session of Parliament that gets over on September 6. But the chances are slim considering that very little business is being transacted in Parliament and most of the sittings are being deliberately disrupted. According to official reports, Parliament passed just 22 of the 94 bills listed for consideration in 2012. Before the current session started, the government aimed to pass 43 bills. All the bills “pertinent” for political parties have been passed. However, a very important, perhaps the most important, bill that deals with the basic human rights of safai karamcharis - The Prohibition of Employment as Manual Scavengers and their Rehabilitation Bill, 2012 -- is yet to be taken up for consideration.

Manual scavenging prevails only in India with the caste system enshrining it as a traditional occupation. Manual scavengers are among the most excluded and exploited communities among the Dalits. Dalit manual scavengers (known as Bhangis or Valmikis) are continuing in this profession out of compulsions, and are often prevented from taking any other job. Therefore, most of them live in isolated colonies and are unable to live like other citizens. They are the most awful sufferers of untouchability as they are considered unclean, impure and placed at the lowest level in the caste hierarchy. Apart from the social stigma, the work of scavenging is lowly paid, causes life-long health problems, and even instant death for those who risk entering manholes without protection and inhale poisonous gases.

The second reason for the continuance of manual scavenging is the failure to phase out dry latrines. Despite being an archaic practice, the dry latrine system has survived in rural India because the state failed to prioritise sanitation and the conversion of dry latrines to pour-flush toilets. In urban India, another dimension is introduced into manual scavenging because sewage lines get frequently clogged due to the entry of non-degradable wastes. Because of their traditional work of manual removal of human excreta, in urban areas, the Valmiki community became unwitting instruments for undertaking the risky task of entering manholes and septic tanks.

The three deaths at the IGNCA, a celebrated Central Government institution, was a tragedy cloaked in irony. Only in February this year, the Delhi government had banned the employment of safai karamcharis for manual cleaning of sewers in the Capital. The flouting of the ban in the heart of Lutyens Delhi shows us that such bans are not working. It is deplorable that Central Government organisations like the Indian Railways along with the local civic bodies under the state governments are among the major employers of manual scavengers despite all attempts at reforms.

In 1993, India enacted the Employment of Manual Scavengers and Construction of Dry Latrines (Prohibition) Act which prohibits the employment of manual scavengers and the construction or continuance of dry latrines. Again, ironically, there has not been a single conviction under this law in the past 20 years. We have a National Commission for Safai Karamcharia that has a chairman, four members and a secretary. However, the Commission’s website is redundant and that provides no statistics that help us understand the condition of safai karamcharis. Their population is not counted separately in the general census because they fall under the single legal category of ‘Scheduled Castes'. However, a 2009 annual report of the Union Ministry of Social Justice and Empowerment claims there are an estimated 7.7 lakh manual scavengers and their dependents across India.

It took judicial intervention, for the Prohibition of Employment as Manual Scavengers and their Rehabilitation Bill, 2012, to be tabled in Parliament. Two cases -- Safai Karamchari Andolan and Ors. v. Union Of India and Ors. (Writ Petition (C) No.583 of 2003) and Union of India v A. Narayanan (SLP (C) No. 23086 of 2011) were filed in Supreme Court. These petitions sought effective steps for the elimination of the practice of manual scavenging. Simultaneously, the two petitions also wanted the formulation and implementation of comprehensive plans for rehabilitation of all persons employed as manual scavengers. To ensure these broad goals were achieved, the petitioners asked the Supreme Court to direct the Centre and States to take time-bound action on a host of specific measures.

Section 5 (3) of the new Bill obligates local authorities to conduct surveys of dry and wet latrines and provide sanitary public latrines. It imposes heavy penalties on the violators of the Act, which includes the occupants of homes that fail to demolish dry latrines or convert it into pour-flush toilets within the prescribed time-limit. Those who employ manual scavengers for cleaning of sewers and septic tanks are also liable for heavy penalties. This offence is considered as cognizable and non-bailable.

However, the bill has several lacunae. Chapter IV of the bill entirely deals with the identification of manual scavengers in urban areas and their rehabilitation. Though rehabilitation has been included in the bill, the proposed law does not state which agency would be responsible for the rehabilitation. Neither the state nor the centre is mandated under the bill to provide financial assistance for the conversion of dry latrines. Though the bill talks about abolition, it does not mention the provision of protective equipment to safai karamcharis. The bill’s definition of the Chief Executive Officer’s duties, who is responsible for the identification of manual scavengers, is vague. Further, the bill should mandate that all manual scavengers are classified as Antyodya households to help ensure that they get all the benefits that the government offers people living below the poverty line. The bill also needs to address the terms of the financial assistance that manual scavengers can avail of, as part of their rehabilitation.

India prides itself on having a Constitution that guarantees a free and noble existence to all its citizens. Yet, the progressive face of modern India has a relentless and ugly tinge; characterised by problems like manual scavenging. It has long been a matter of embarrassment that foreigners who visit India complain about our poor levels of sanitation. As citizens, it is our duty to express solidarity with the manual scavengers and help them in their struggle to reclaim their dignity, equality and human personhood. The government which has the means to invest in infrastructural and developmental activities for the welfare of this unfortunate community is not the only impediment. Citizens in urban areas who dump non-degradable wastes into drainage systems and those in rural areas who refuse to phase out dry latrines actively encourage this exploitative system to continue.

A change in outlook towards manual scavenging has become necessary. Manual scavenging should be seen as a gross violation of human rights. The new manual scavenging legislation should not be a toothless one like the 1993 legislation. If this bill does become a reality, civil society must hold the central and state governments to the promises made in the bill. As of today, the reality of our manual scavengers has not changed significantly from what one of Mulk Raj Anand’s characters (a manual scavenger) in his path-breaking novel, Untouchable (1935), says: “They think we are dirt because we clean their dirt.”