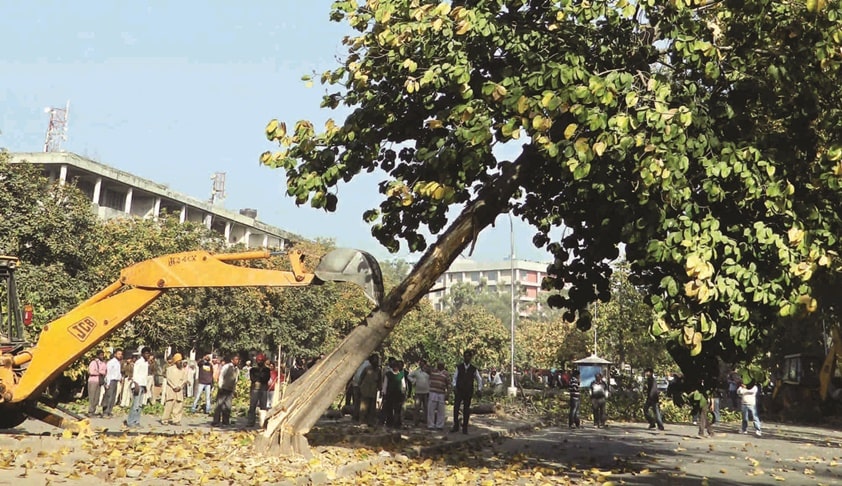 Complying with the directions of the Central Information Commission (CIC) and the Delhi High Court, the AAP government has uploaded on its website information about number of trees felled or pruned from year 2005-17, which shows that 1,12,169 trees were axed in the past 13 years, with 24 trees a day making it one tree felled every hour.The information is available on the government’s...

Complying with the directions of the Central Information Commission (CIC) and the Delhi High Court, the AAP government has uploaded on its website information about number of trees felled or pruned from year 2005-17, which shows that 1,12,169 trees were axed in the past 13 years, with 24 trees a day making it one tree felled every hour.

The information is available on the government’s website with year-wise tree felling permission record from the year 2011-12 to 2016-17.

The details of complaints received on tree helpline together with a number of trees threatened/cut, locations etc., is now available under the tab ‘status of tree helpline’.

It is to be noted that the CIC had in the year 2011 allowed the complaint of Saurabh Sharma from Joint Operation for Social Help contending that details of various provisions of the Delhi Preservation of Trees Act be published on the website of the forest department of the Delhi government.

He had sought the public to be informed about tree helpline for complaints against illegal felling of trees and other provisions.

The Commission had then directed the government to list details of a number of trees felled or pruned since September 2011, with details of the applicant seeking permission.

The CIC had way back in the year 2011 directed all civic agencies to display along with monetary cost the “environmental cost” of all construction work indicating the number of trees being felled and the location of the compensatory plantation.

The commission had appreciated the Delhi government for progress made in publishing various kinds of information in public domain.

“On perusal of the website of the department, it is noticed that information regarding complaints received on the Tree Helpline and requests received for tree felling is available, however the same has not been updated for a long duration and information from all the forest divisions is not available. It is also noted that construction and developmental projects affect a large number of trees, which are felled, therefore the cost of each project is not just monetary but environmental also. The Citizens, who are informed through a signboard at the construction sites about the project details, must also be informed about the ecological cost and the compensatory plantation being done. The disappearance of various species of birds from the City is also attributed to the shrinking number of trees,” the Commission had said.

In this time period, 15,276 trees were removed by the Delhi Metro Rail Corporation and 1,51,075 compensatory trees were planted by the Forest Department. As many as 15,762 trees were sought to be felled by the Public Works Department and 2,786 by Rites Ltd. for the Bus Rapid Transit corridor.