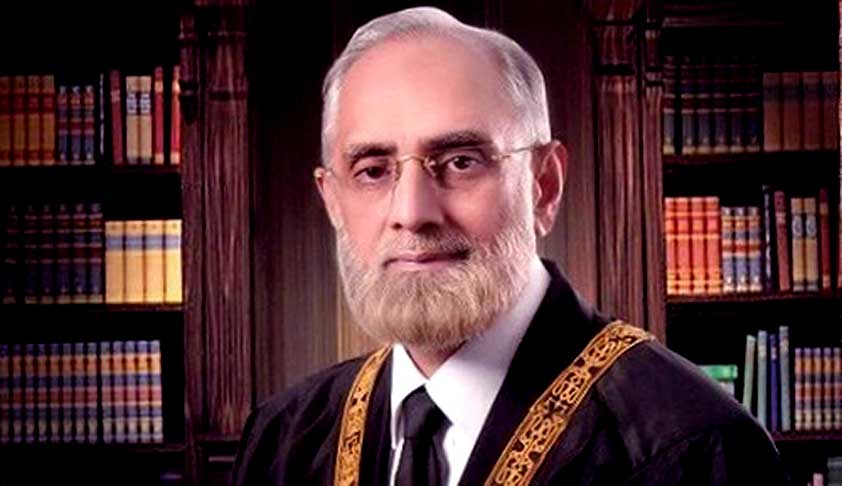 Chief Justice of Pakistan (CJP) Anwar Zaheer Jamali has condemned local political and religious parties for endorsing terrorism. He admitted that foreign elements receive internal backing and are harboured for personal gains.Speaking on the commencement of the new judicial year, Justice Jamali enunciated his concerns regarding the dismal state of judiciary in the country and the price...

Speaking on the commencement of the new judicial year, Justice Jamali enunciated his concerns regarding the dismal state of judiciary in the country and the price its custodians have to pay for dealing with terrorism cases.

“Regrettably, such elements also get internal support to perpetrate their nefarious acts. Unfortunately, some political parties support terror elements for personal interests,” quoted  Justice Jamali. He called for immediate severing of ties and added: “This court had observed in cases related to worsening law and order situation in Karachi and Balochistan that contact and relations were found between subversive elements and different political and religious parties”.

Pakistan’s top judge said the terror elements have been targeting the legal fraternity to destabilise the judiciary’s legal trial of terrorism. He made references to the suicide blast in Mardan district courts, Quetta killings, kidnapping of the son of Chief Justice of the Sindh High Court and other attacks on lawyers and judges, which stood testimony to his claims. He stressed on the need to organise themselves to face the threat and suggested high-level meetings between representatives of the judiciary and the executive in Karachi, Lahore and Islamabad and the setting up of security committees at the district levels.

Dr. Farogh Naseem, PBC’s Vice-Chairman, voiced similar concerns about state of judiciary and said, “It is obvious that Pakistan is passing through hard times and at least one organ of the state, the judiciary, which includes the entire system of administration of justice, is under direct attack”. He said that after the fall of Dhaka in 1972, the Quetta tragedy is the most unfortunate incident for Pakistan.

The CJP also commented on the charges against the judiciary for transgressing into executive domain and said: “We have tried to dispel this impression by exercising suo motu powers only in selected cases, like those pertaining to illegal appointments in the National Accountability Bureau and the Sindh health department, induction in the Federal Investigation Agency through deputation, delay in national census and appointment of a member of the Election Commission of Pakistan, the Quetta carnage, rising incidents of kidnapping of children in Punjab, illegal transplant of human organs and issues related to the environment.”

He added, “But keeping in view the constitutional obligations, this court cannot close its eyes and prevention becomes inevitable in case fundamental rights are violated.”

On the occasion, the CJP also deliberated on the grievances of litigants related to delay in disposal of cases. He sought cooperation of the legal fraternity to ensure speedy justice by bringing about improvement in district courts, training of judges and bringing about harmony in functioning of district judges, police and the prosecution. He called upon the state to take adequate measures to bring about the required changes. Attorney General for Pakistan (AGP) Ashtar Ausaf Ali, in concurrence with the CJP, highlighted the need for structural changes in the criminal justice system especially in matters of practice and procedure, and inordinate delays related to countless judicial tiers, and intermingling of judicial offices.

The CJP said judges are responsible for guarding democracies against the terror and the means the state wants to use to fight terrorism. “This opportunity must be made full use of considering the series of crises Pakistan finds itself engulfed in at present,” he said. He also put forth that in the current times of crises, the judiciary must buckle up with a strengthened resolve to uphold the rule of law rather than taking a backseat.

The ceremony attended by the top shots of the Pakistan judiciary was hailed as a momentous occasion that brings the bar and bench together and discuss pressing issues surrounding the nation.

The beginning of Pakistan’s judicial year marked by an open admission by the CJI of the politico-terror nexus in the country just after the Uri attack hold significance for India and world community and is an indicates  the matter is no secret within the borders of the country.