Panel Discussion on “Pluralism and Human Rights in India: Dilemma and Difficulties” 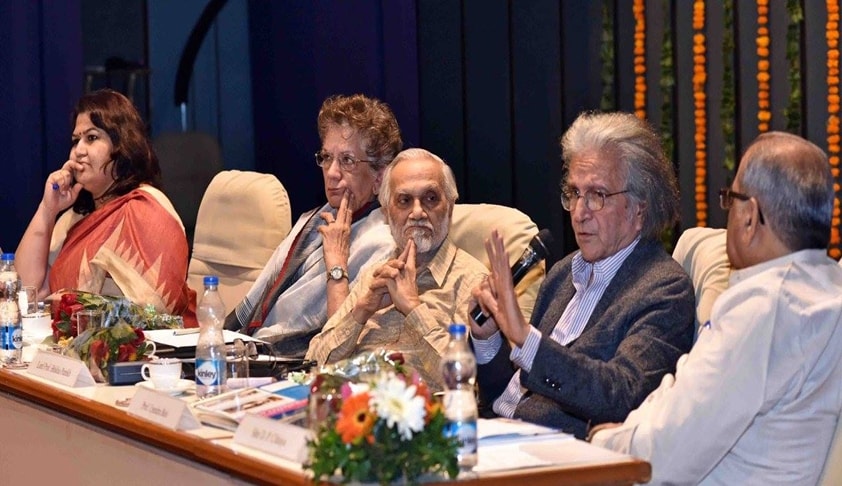 The key note speakers at the discussion are - Lord Prof. Bhikhu Parekh, Prof. Upendra Baxi and Prof. Neera Chandhoke. Pluralism in India refers to multi-culturalism, multi-ethnicity, and multiple ideologies and views in expanding regime of human rights, in letter and in spirit. The idea of this panel discussion is to share different view, discuss different concepts and ideologies, and open up debates to from human rights. The human rights refer to set of individual as well as group/community rights. When concepts of human rights are located in companion concept of democracy, they are viewed from multiple angles and accessed from multiple axis.  Multiplicity implies possibility of conflicts, convergence and coherence; democratic principles provide grounds for debates- a way and a forum to discuss, opine, and express views and respecting others’ views.

Lord Professor Bhikhu Parekh will talk about the conflicts of freely accepted central values of a cultural community and universal values embodied in the Human Rights instruments. Societies may legitimately define, trade-offs, prioritize and realize the universal values differently and even override them occasionally; how can we prevent them from engaging in specious and self-serving moral reasoning and reinterpreting the values out of existence or emasculating their critical trust? Whether there are universal moral values and norms? how can we judge cultures appearing in a different light?

Professor Upendra Baxi will speak on cost of Legal pluralism with UCC as a background piece. He will throw light on the complex connections between two interrelated but two distinct discourses: Indian constitutional secularism and Uniform Civil Code (UCC). The search for connections raises a wide range of basic questions: To what extent does constitutional secularism as an ethic of liberal state neutrality correspond with cultural histories of power in India? How do diversity of human rights (of freedom of conscience and religion), and in turn their state regulation correspond with the conception of just political authority? How far does the state and law reach the realm of conscience and religion, and how far may it be? The talk will elaborate on linkages between secularism and human rights in the context of UCC.

Professor (Dr.) Neera Chandhoke will talk about ‘Secularism and Human Rights’. The proposition that India is a plural society is an empirical one; that individuals as members of a religious group subscribe to different substantive conception of the good. There is nothing in this empirical proposition that enables us to make the transition to normative pluralism, or the proposition that diverse conceptions of the good are of equal value. Prof Chandhoke will elaborate on secularism as a conceptional resource bridging the distance between empirical pluralism and normative pluralism. Group rights to respect forming a precondition of individual human rights will be the running theme.
Next Story
Similar Posts
+ View more
Webinars
+ More
Law Firms
+ More
Latest News
+ More
लाइव लॉ हिंदी
+ More
International
+ More
Environment
+ More