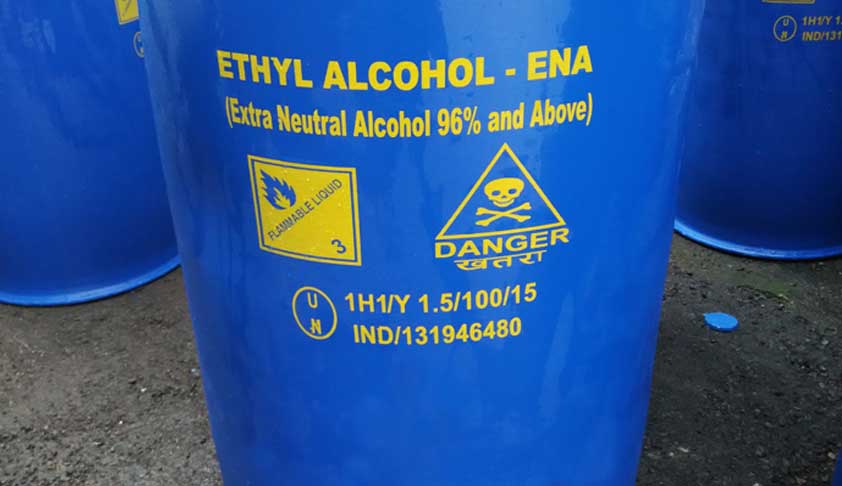 The bench comprising of Chief Justice Rajendra Menon, Justice AK Tripathi and Justice Sudhir Singh in its recent verdict has slashed down the Bihar’s Government 24th January notification prohibiting production of industrial alcohol and spirits. It also directed the government to renew the licenses of distillery companies which has expired on March, 2017.

A writ petition was filed by Distilleries Bottles Ltd and three other companies challenging the constitutional validity of Section 2(40)(ii), Section 13, Section 23, Section 24 (1) of the  Bihar Prohibition and Excise Act, 2016 as ultra vires to the constitution and in excess of the legislative power of the state.

In the instant matter the petitioners were engaged in manufacturing of Extra Neutral Alcohol (ENA) which is considered unfit for human consumption.

The petitioners have been granted licence in Form-28A for manufacturing of Extra Neutral Alcohol from grain 29.04.2016 to 31.03.2017. But all of a sudden, the State, based on the recommendation and decision taken by the State Cabinet on 24th of January, 2017, in purported exercise of powers of Section 24(1) of the Prohibition Act, imposed a total prohibition on production of ENA from grain and declined to renew the license of distilleries companies manufacturing ENA from grain from the financial year 2017-18.

Section 19(4) of the Prohibition Act was amended and an absolute prohibition in the manufacture, sale, possession etc. of all kind of intoxicants was introduced. In the definition of ‘intoxicant‘, it was indicated that it would include ―spirits obtained by distillation as well.

Petitioners claimed that ENA, which is an industrial alcohol unfit for human consumption, cannot come within the purview of intoxicant which is nothing but a substance fit for human consumption. Also the Notification prohibiting the renewal of license thereby prohibiting manufacture of ENA and alcohol and refusing to pay compensation, the State has acted in excess of the legislative power, and the said act is violative of Article 300A of the Constitution, having rescinded back and taken a decision contrary to the industrial policy. Petitioner invoked the doctrine of promissory estoppel and prayed before the High Court that the action of government should be declared as illegal. Petitioners also contended that the power to regulate the production of ENA and other industrial spirits exclusively lies with the Union.

Considering the arguments of the petitioner and relying on plethora of judgments the High Court held that as per constitutional mandate, the act of the State of Bihar in extending or including within the definition of ‘intoxicant‘ in Section 2(40) (ii), ENA or industrial alcohol is beyond the legislative competence of the State Government.

Also once it is held that the State Government does not have any power to include ENA within the definition of ‘intoxicant‘ under Section 2(40) (ii) and once ENA is not treated to be an intoxicant, then, there is no question of declaring the provisions of Sections 13, 23 or 24 as ultra vires as these provisions will not apply so far as it relate to the product of the petitioners are concerned, i.e. ENA an alcohol not fit for human consumption, and once these provisions are not applicable in the case of the petitioners‘ product.

Hence, the High Court gave its verdict in the favor of the petitioner by setting aside the notification of Bihar Government on banning the production of industrial sprits. It also directed the government to renew the license of the distillery companies manufacturing ENA.