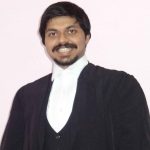 The curious case of Justice Karnan’s contempt is still amusing everybody and the ‘ifs’ and ‘buts’ of the post conviction-sentence have been increasing day by day.In Part I of this series, I dealt with the conduct of Justice Karnan that led to his conviction (read here). In Part II, I attempted to answer a few questions of law raised by the whole saga (read here).In a quick...

The curious case of Justice Karnan’s contempt is still amusing everybody and the ‘ifs’ and ‘buts’ of the post conviction-sentence have been increasing day by day.

In Part I of this series, I dealt with the conduct of Justice Karnan that led to his conviction (read here). In Part II, I attempted to answer a few questions of law raised by the whole saga (read here).

In a quick flashback, Justice Karnan, who is a sitting judge of the Calcutta High Court, was found guilty by a 7-judge Supreme Court bench of committing contempt of judiciary of the gravest nature and was sentenced to serve 6 months of imprisonment, which is the maximum permissible punishment under law.

The bench also ordered that a detailed judgment will follow and the DGP, West Bengal, who is the highest police officer in the state, was also instructed to execute the order. However, what flowed afterwards is not only interesting, but if I may say so, unfortunate.

Five extremely important things – Firstly, Justice Karnan still has not been arrested to serve the punishment.

Secondly, the West Bengal DGP has failed to execute an order passed by a 7-judge bench of the highest court of this country.

Thirdly, the bench of the Supreme Court has failed to pass the ‘detailed order’ as per its own order till date.

Fourthly, a member of the 7-judge bench, Justice PC Ghose, retired on May 27 and now lacks the power to sign any judgment in his capacity as a judge.

Fifthly, Justice Karnan is due to retire on June 12 (i.e., coming Monday) and with it, all his constitutional privileges and protection will superannuate as well.

Five important questions arise as well - Why has Justice Karnan not been arrested even after an order by a 7-judge bench of the apex court? Can the West Bengal DGP be now tried for contempt of court for wilful disobedience? What steps have been taken to apprehend the location of Justice Karnan? In the absence of a detailed order giving reasoning to punish someone, can he be arrested and sentenced? Or is the short conviction order sufficient to arrest Justice Karnan? As Justice Ghose has retired now, can the same bench pass any order in this matter?

In my submission, an order by the Supreme Court, whether detailed or not, must be complied with in its true spirit. Justice Karnan was heard, found guilty, convicted and then sentenced.

Even after a month, neither has he been arrested nor is there any information available regarding his whereabouts. And to remind you, this is an order by the highest court of this country. If orders passed by the highest court will be flouted like this, a wrong message will go to the public and the trust people have in judiciary will get diluted. Further, although the order states that a detailed order will follow, it is not mandatory to wait for the detailed order before arresting Justice Karnan. It is also not compulsory that a detailed order must be passed. The order so passed is sufficient in itself.

Nevertheless, the contempt saga continues to amuse us. Till next time, fingers crossed!