People can regulate Parties through RTI 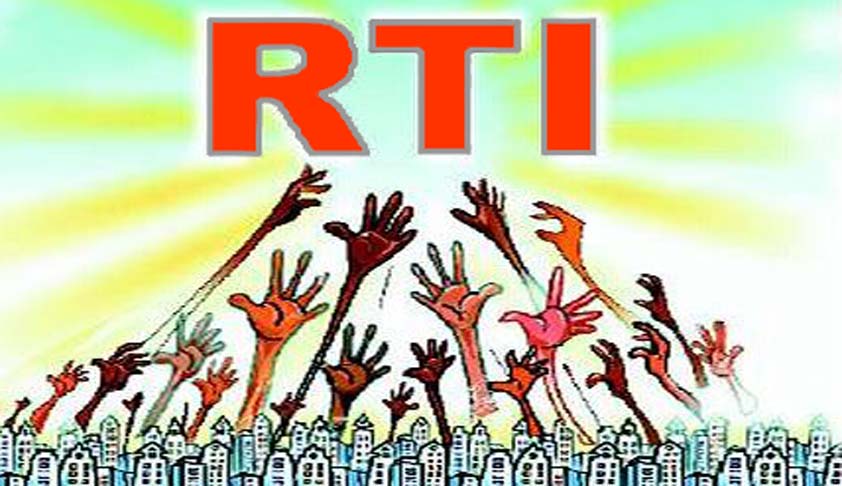 It is difficult to hope that the present political parties agree on any law providing for effective regulation of their parties. What is the way out? Considering the all-round deterioration of moral standards, blaming only the representatives is not proper. Though every voter is not corrupt, surely, most of them are not honest. 90 per cent of employers including teachers, have reportedly...

It is difficult to hope that the present political parties agree on any law providing for effective regulation of their parties. What is the way out? Considering the all-round deterioration of moral standards, blaming only the representatives is not proper. Though every voter is not corrupt, surely, most of them are not honest. 90 per cent of employers including teachers, have reportedly sold their postal ballets in recent elections. They are self-centered to the extent that they do not bother about society until they are individually harmed. Some do not perform their duties; do not even cast their vote, some demand notes for voting and just do not prepare for deciding who should govern them. If some are busy, they strive for realizing their dreams.  The great contribution of inert and lazy people though suffering from hunger prefers not to work needs any mention.  Only vibrant people get vibrant democracy.

Disclosures related political party’s finances to party proceedings is made available in public domain of the European and Central American countries. In most of the Scandinavian countries like Poland the political parties have been declared as public bodies and they come under the freedom of information Act. This is closely on the lines of the Central Information Commission’s 2013 decision that six major political parties in India would come under the definition of public authority for disclosure under RTI Act, by virtue of enormous indirect state funding and tax concessions which yield huge income. Because of this great decision, people can seek information from political parties. They are obliged to appoint PIOs and create a mechanism for dissemination of information including certain suomoto disclosures.  If their spokespersons address media, lot of information is offered but whole lot is retained undisclosed.  The journalists are unfortunately degrading themselves into stenographers, which is now a species of extinct. Reporters taking dictation from political leaders is a pathetic fall of dignity of the press. Most of their reporters ask and take gifts or gift cheques but don’t ask about the returns, annual reports, copy of the constitution of the party, undisclosed sources of income etc. The paid news syndrome exposed the unholy nexus between the media and political parties, especially during elections both reap huge benefits by spreading misinformation. There will be no grilling of leaders on breaches of manifesto. Media has a right to ask and it has power too. But lack of homework or inefficiency or dominating vested interests subjugated them to leaders who dictate ‘sentences’ to be converted into headlines. Besides, politicians plant news stories, manufacture the favourable opinions through obliging media.  If reporters are not using RTI to investigate into realities of schemes, the vibrant citizen has to take up that job and shoot questions to public authorities using RTI.  If newspapers or TV does not publish the citizens revelations, they can still write in websites, social media network or their own blogs. The citizen’s journalism will strengthen civil society if they probe political parties.  The IT and RTI are befitting tools for this battle against ballot seekers.

There are no major penalties for the breach of financial disclosure norms which removed the fear of law from the leaders of political parties. At least there should be fear of losing people’s support for those who collect huge donations and spend indiscriminately. This should not go unquestioned. There are few civil societies which are analysing these issues and educating people about these irregularities. The state neither makes stringent laws nor implements existent laws to compel the parties to be transparent. Nothing happens of mandatory reports are not submitted. None pulls them up for glaring misrepresentations or suppression of facts.

Though national parties in their donation reports for 2012-13, stated some figures as donations running into crores of rupees, they have not disclosed the sources of that huge income. Mostly the political parties reveal the points which bring publicity to them and hide which expose them for unaccountability.  There are only two strong aspects of regulation- imposing tax on the income of political parties and making it necessary for parties to report their income-expenditure statements periodically.

As per section 13A of the Income Tax Act gives tax exemption on the income of political parties.  It is not proper. Their argument that they are not profit making bodies is improper since expenditure is investment and power is the profit. Using of ill-gotten money to win the power and after winning they are creating means to amass huge illegal wealth became the routine business of political parties. Election season generate lot of black money which upset the financial health of the nation. It helps the corporates to donate their black money to political parties who in turn do major favours of tax exemptions. This nexus can be broken only when income tax is imposed on the political parties. If they claim that they are really service interested bodies, paying tax should be understood as most important service to the nation.

Income Tax returns filed by political parties were analysed with expert help and on the basis of this analysis one can calculate the probable money the political party amassed by not paying any tax on their huge and undisclosed income. Taxation students and IRS officers should make such study and tell the people how much the nation is losing by exempting the political parties from income tax.  Section 80 GGB of the Income Tax Act provided that contribution made by an individual or company to a political party is deductible from the total income of the assesse.This provision is exclusively applicable to the political parties and indicates the indirect financing of the political parties by the State. This encourages the companies to fund the political parties to their advantage. In a way the companies are benefitted by donating the parties while parties also take huge advantage. Victim is public exchequer in general and citizen in particular. This is kind of abuse of state resources is universally condemned by international norms of regulation. While there is a natural and unavoidable incumbency advantage, legislationmust be careful to not perpetuate or enhance such advantages. Incumbent candidates and parties must not use state funds or resources (i.e., materials, work contracts, transportation, employees, etc.) to their own advantage.

The Central Information Commission gave a landmark decision declaring six political parties as public authorities under RTI Act. Fortunately, the transparency commission order has become final as appeal time is exhausted. The UPA government withdrew its attempt to bring ordinance declaring exemption of political parties from the category of public authority. Unfortunately the six prominent parties including Congress and BJP have not appointed Public Information Officers and established any mechanism to disclose information to implement RTI. Even the people or voters are not seeking any information them. The State Information Commissions are also not approached by the public spirited citizens demanding information from regional political parties. They have to ask about their income, expenditure, number of criminal cases against their elected representatives, mechanism to select candidates, policies and programs etc through RTI. It will inculcate the fear that someone would question them and that helps them to regulate themselves.

It is moral and legal duty of political parties to disclose and legitimate duty of the people to demand the accounts and information about sources of money. Non-disclosure should attract huge penalty and publicity. Whether there is regulatory or not, people should continue to question the parties.

The parties should not only ensure financial transparency in their functioning but also make their financial information available in the public domain under the RTI Act. Through RTI, if effectively used, people themselves can act as regulatory of political parties.