People with disabilities also have the Right to Live with Dignity; SC directs SpiceJet to compensate Jeeja Ghosh who was forcibly de-boarded from flight [Read Judgment] 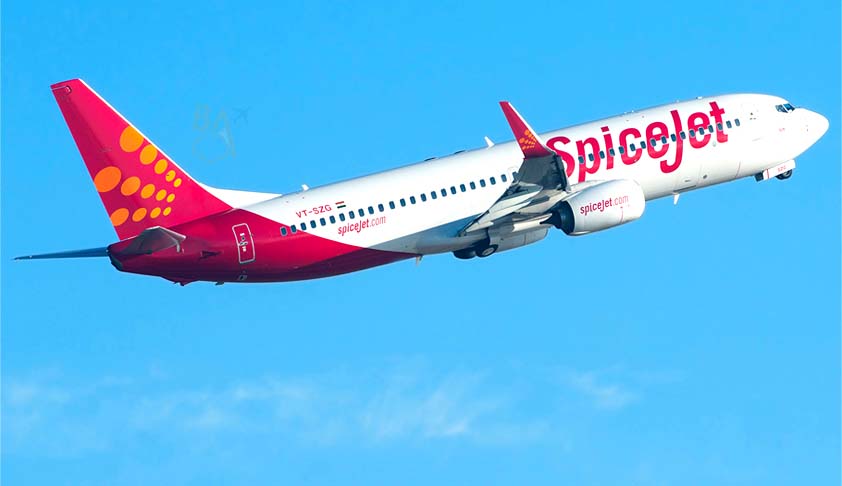 There should be a full recognition of the fact that persons with disability were integral part of the community, equal in dignity and entitled to enjoy the same human rights and freedoms as others, the Court said.

In a significant Judgment, the Supreme Court has asked the SpiceJet Ltd to pay Rupees Ten Lakhs to Jeeja Ghosh, an eminent activist involved in disability rights, for forcibly de-boarding her by the flight crew, because of her disability. Apex Court bench comprising of Justices A.K. Sikri and R.K. Agrawal also issued the guidelines with regard to 'carriage' by persons with disabilities and/or persons with reduced mobility and observed that People with disabilities also have the Right to Live with Dignity.

Four years ago, while Jeeja Ghosh was in a flight to International Conference in Goa, she was approached by members of the flight crew who requested to see her boarding pass, which she gave them. Then they proceeded to order her off the plane. Despite her tearful protestations and informing them that she needed to reach Goa for the conference, insisted that she de-board. After returning to the airport and arguing with airlines officials, she later discovered that the Captain had insisted that she be removed due to her disability.

Jeeja Ghosh, submitted before the Court that even after four years of the incident whenever she has a flashback, she feels haunted with that scene when she was pulled out of the plane, like a criminal and she continues to have nightmares. Through this PIL she requested the Court to direct the government to put the system in place so that other such differently abled persons do not suffer this kind of agony, humiliation and emotional trauma which amount to doing violence to their human dignity and infringes, to the hilt, their fundamental rights under Articles 14 and 21 of the Constitution.

MINDSET OF THE ABLE PERSONS NEEDS TO BE CHANGED

Referring to the discrimination faced by the persons with disabilities the Court observed “mind-set of large section of the people who claim themselves to be 'able' persons still needs to be changed towards differently abled persons. It is this mind-set of the other class which is still preventing, in a great measure, differently abled persons from enjoying their human rights which are otherwise recognised in their favour.”

NOT SYMPATHIES, BUT WANT TO BE TRUSTED

THE DISABLED HAS EQUAL RIGHTS

The court also said “There should be a full recognition of the fact that persons with disability were integral part of the community, equal in dignity and entitled to enjoy the same human rights and freedoms as others. It is a sad commentary that this perceptions has not sunk in the mind and souls of those who are not concerned with the enforcement of these rights.”

Equally important is the issue of offloading of passengers (S.No.19) which needs to be taken care of with all seriousness it deserves. We are of the view that suitable provision in the training module itself be provided in this behalf as well.