A person can change his religion and faith but not the caste to which he belongs, as caste has linkage to birth; SC [Read Judgment] 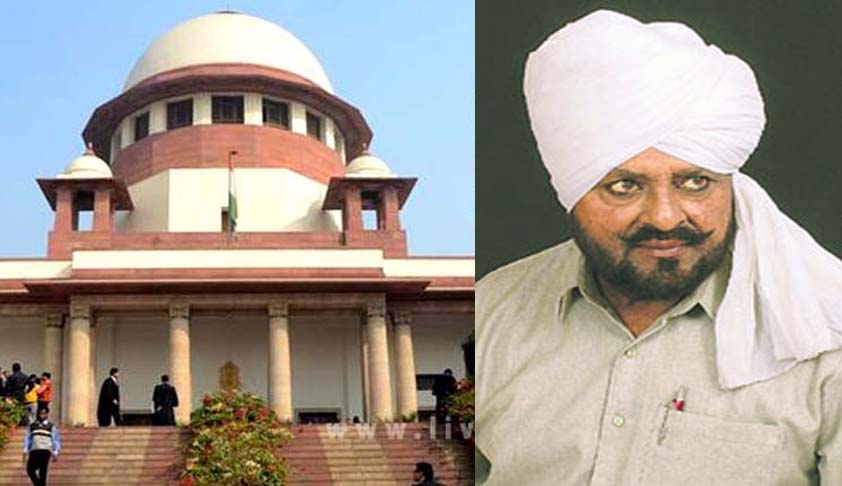 Supreme Court upholds SC status of Mohammed Sadique, who originally belonged to ‘Doom’ Caste, though he was born to Muslim parents.

In an important judgment, the Supreme Court has upheld election of Mr. Mohammed Sadique from a constituency reserved for Scheduled Castes in Punjab by setting aside the High Court judgment which had invalidated the same. Dismissing the Election petition which was allowed by the High Court, the Supreme Court Bench comprising of Justices Ranjan Gogoi and Prafulla C. Pant has reiterated that a person can change his religion and faith but not the caste, to which he belongs, as caste has linkage to birth.

In this case, Mr.Sadique claimed to be a member of Doom community which is one of the Scheduled Caste in Punjab. He was also issued a caste certificate as he was found to be member of ‘Doom’ community by the competent authority, after he declared that he has embraced Sikhism, and he was accepted by the Sikh community. It is on the basis of this Caste certificate; the returning officer had approved his candidature also. He won the election and it was challenged before the High Court of Punjab and Haryana.

The High Court had held that the conversion from one religion to another would disentitle the person to carry his caste with him after conversion. In that context, the Apex Court has made reference to the dictum laid in Kailash Sonkar v. Maya Devi, wherein a lady born of Christian parents, after she reconverted to Hinduism and welcomed by the caste leaders, the court had held that it fulfills the conditions required for being reconverted to Hinduism from Christianity in order to revive the original caste . The Court also referred to K.P. Manu v. Scrunity Committee for Verification of Community Certificate wherein the Court had held that A person can be given SC/ST status even after his re-converson if there is evidence establishing the acceptance by the community. The judgment in S. Anbalagan v. B. Devarajan was also referred to. The observation by the Constitution Bench in Guntur Medical College v. Y. Mohan Rao to the effect that It is not necessary that one should have been born a Hindu or a Sikh to deem him as a member of scheduled caste.

The Court has made following observation on the facts of this case “admittedly the appellant was born to muslim parents. However, he has proved that his family members though followed Islam but they belonged to “Doom” community. It is settled law that a person can change his religion and faith but not the caste, to which he belongs, as caste has linkage to birth. It is proved on the record that the appellant was issued a caste certificate as he was found to be member of ‘Doom’ community by the competent authority, after he declared that he has embraced Sikhism, and he was accepted by the Sikh community. It is not disputed that ‘Doom’ in Punjab is a Scheduled Caste under Constitution (Scheduled Castes) Order, 1950. The Scheduled Caste Certificate No. 6149 dated 25.08.2006 (Exh PG/2) was issued to the appellant by the competent authority, and accepted by the returning officer. Said certificate appears to have not been cancelled.”

To the argument that his family is professing Islam and he still keeps a “Muslim” name, the Court said “It is not essential for anyone to change one’s name after embracing a different faith. However, such change in name of can be a corroborating fact regarding conversion or reconversion into a religion/faith in appropriate cases. Also it is not necessary in law that entire family of a person should convert or reconvert to the religion to which he has gone.”