Perumal Murugan and the Judicial Defence of Free Speech 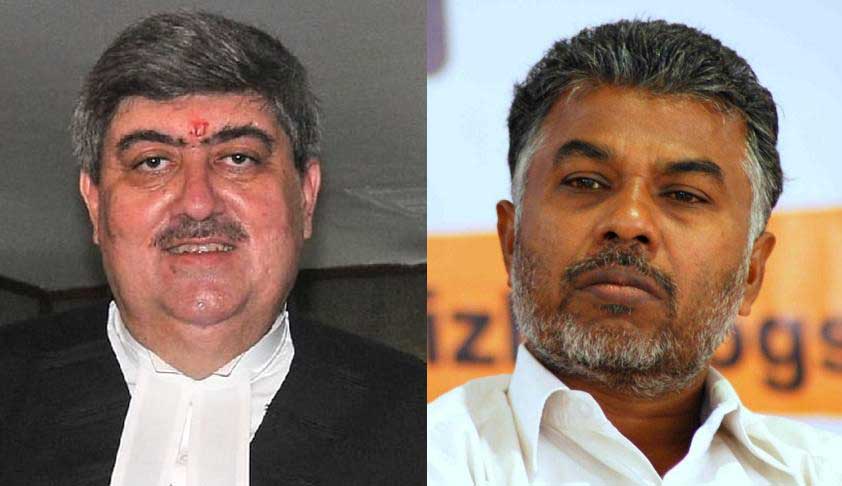 In a welcome decision, Sanjay Kishan Kaul, who as a Judge of the Delhi High Court had once spoken up in defence of the artist M F Hussain, has once again, along with Pushpa Sathyanarayana, J, issued a decision dated July 5, 2016, which defends the right to free speech. It isn’t quite the victory for absolute free speech which it appears to have been made out to be in some quarters: the...

In a welcome decision, Sanjay Kishan Kaul, who as a Judge of the Delhi High Court had once spoken up in defence of the artist M F Hussain, has once again, along with Pushpa Sathyanarayana, J, issued a decision dated July 5, 2016, which defends the right to free speech. It isn’t quite the victory for absolute free speech which it appears to have been made out to be in some quarters: the decision clearly recognizes that the right to free speech – or, with reference to the factual matrix in which the decision was issued, the right to write – is unhindered only so long as the author does not thwart what’s been called ‘Constitutional values’. In the prologue itself, the decision states:

"If the contents seek to challenge or go against the very Constitutional values, raise racial issues, denigrate castes, contain blasphemous dialogues, carry unacceptable sexual contents or start a war against the very existence of our country, the State would, no doubt, step in. [....] …in a multi-cultural, diverse society, where different religious beliefs are important to varied sections, there are atheists, who are expected to show a minimal element of responsibility in order that there are no unnecessary dissensions on religious and social lines by intrusions into the customs, beliefs and practices of different sections of society, so that such activities satisfy the touchstone of our Constitution. Religion is a major influence in our country, even though sometimes its credibility and relevance is questioned."

As such, although the decision repeatedly defends the right to free speech, it does not do so in a vacuum oblivious to ground realities or oblivious to permissible fetters to the fundamental right of freedom of speech and expression which Indian citizens enjoy under Article 19 of the country’s Constitution.

The subject matter of the decision is a book by Perumal Murugan first published in Tamil as Madhorubagan in 2010, and later in 2014 as One Part Woman in English; it was only after the publication of the English translation that issues arose. In the words of the court which narrated the plot of the novel:

"137. The storyline of the novel sets out the travails of a childless couple and the alleged practices in Tiruchengode in earlier periods of time, over which objections have been raised. The family members of the protagonists conspire to create a situation where Ponna, who is married to Kali and does not have any progeny, is induced to participate in the 14th day rituals of the temple car festival with the object of producing a child known as “Gift of God”. This is against the will of the husband Kali. This so called sexual permissiveness lies at the root of the agitation seeking to ban the novel and the protests held against it alleging that a story of sexual orgy between a childless woman and a youth has been projected as a practice being followed on the 14th day of the car festival that takes place in the Arulmighu Arthaneeswarar Temple at Tiruchengode. The grievance is that the novel actually speaks about the anachronistic ritual allegedly practiced, which would be viewed abhorrently in the present day and age. The author’s narrative is stated to be identifiable to a specific group of people in a specific region. The plea of novelized history is alleged to have not been established through any material which is contextual, and the novel intrinsically is alleged to be obscene. The reference to the place of the occurrence and the dates are aspects which are treated as critical, though the progeny to be conceived would be called the Child of God".

It isn’t entirely surprising that a novel which deals with sex and religion, even if only obliquely, could potentially upset some people. However, as the court noted, the issues which arose did so after the publication of the English translation of the novel, after the novel was published in a language which those affected are unlikely to have read it in:

"143. The novel is stated to have been the recipient of several awards with no controversy having been made out during the initial years of its publication. Suddenly and surprisingly so, post its English translation, the novel seemed to have evoked strong reaction from a section of the society, who would invariably be reading only its Tamil version! Thus, can it really be said to be a spontaneous reaction by the locals against some writing, which is allegedly related to them? We do believe that this does not appear to be the situation in the present case".

It is here that the court’s recognition of ground realities is most noteworthy: that religion is important in India is obvious. That the possibility of objections to content being raised by those who are not directly alleged to have been portrayed in that content exists is not always quite as obvious. And, in such circumstances, the decision, which sees several matters being clubbed together is notable not just for its pithy and eminently quotable lines about how to deal with content one doesn’t like – “If you do not like a book, simply close it. The answer is not its ban,” at Para. 148, for example – but also for its rejection of a recitation of legal provisions to assail content, and for the manner in which it views the necessity of appropriate state intervention to protect those [legitimately] exercising the right to free speech.

Whilst expressing its vision of state responsibility to maintain law and order, the court both makes its own observations and, unusually for an Indian court, refers to two decisions of the European Court of Human Rights: Dink v. Turkey (decided on 14.9.2010) and Özgür Gündem v. Turkey (Case No.23144/93; 42 - 46 ECHR 2000 - III). The court also speaks of the necessity of constituting an expert committee to form independent and legally-informed decisions so as to avoid the kind of situations which arose in relation to Murugan, and of the need to sensitize officials. It advances a vision of what it would ideally hope to have India’s free speech landscape to look like: with presumptions made in favour of free speech, without hindrances except for those which are Constitutional, and with adequate police protection where ‘authors and artistes come under attack from a section of the society’.

Throughout the length of the decision, the Court demonstrates its awareness of contemporary understandings of literature, and unequivocally states, for example, at Para. 109:

"A book is not to be read like a statute to come to a conclusion. Sentences cannot be picked up here and there to give a conclusion." And despite its extensive exploration of precedent, or perhaps because of it, it acknowledges, in Paras. 135 and 136: "Beauty lies in the eye of the beholder and in similar sense is the test for determining obscenity. [....] ‘Decency’ and ‘obscenity’ are relative terms." Further, in relation to a claim that the novel is ahistorical, the court described the ‘distinction between a novelized history of the elite which would have records backing it, as compared to a novel based on folklores carried by word of mouth’ made by the publisher’s lawyer as being ‘important and subtle’."

This is, without doubt, a decision that is, in and of itself, progressive. Unfortunately, the law which underlies it is still unclear or, at least, susceptible to multiple interpretations. And, so, unless the country’s content law is itself revamped, there is no guarantee at all that progressive judgments in defence of free speech are to become the norm. Thus far, once again quoting from the decision: ‘The ban on books has been a mixed bag.’ Nandita Saikia is a Lawyer. This post is first published in www.copyright.lawmatters.in