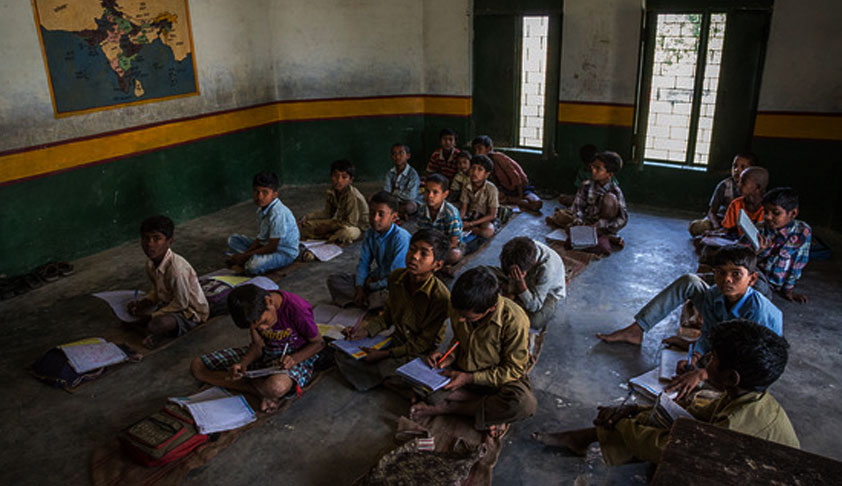 The Supreme Court has issued notice to the Union Ministry of Human Resource Development, the Ministry of Women and Child Development and the National Council of Education, Research and Training on a petition seeking implementation of a 2003 judgment of the apex court in case titled Ranganath Mishra vs UoI and Justice JS Verma Committee’s recommendations emphasizing on reforming the entire process of education to create general awareness among the citizens about fundamental duties and citizenship values.

A bench of Justice Arun Mishra and Justice UU Lalit has issued a notice to the Centre on the petition filed by advocate and BJP leader Ashwini Kumar Upadhyay for value-based uniform education for all children aged 6-14 years and has requested Additional Solicitor General Sandeep Sethi to assist in the matter.

The court has sought reply within eight weeks and listed the matter for July.

In his petition filed through advocate RD Upadhyay, Ashwini Upadhyay said as far back as on March 18, 1998, former Chief Justice of India Ranganath Mishra had in a letter to the then Chief Justice of India requested the court to issue necessary directions to the State to educate its citizen in the matter of fundamental duties so that a right balance may emerge between rights and duties.

This letter was treated as a writ petition during the hearing of which a three-judge bench took note of the Report of the National Commission to Review the Working of the Constitution wherein a report made by Justice JS Verma Committee on operationalization of fundamental duties of citizens had been accepted.

The commission recommended framing of schemes to include parents in social activities that have as their objective the country's age-old traditions like respect for all religions, inculcating unselfishness, and sensitizing people about fundamental duties.

Justice Verma Committee had emphasized the need for the teaching of fundamental duties in educational institutions.

Upadhyay said despite the Supreme Court verdict in Ranganath Mishra’s matter and Justice JS Verma Committee recommendations, the government has not done its bit to bring in a value-based education system.

“In April 2010, Article 21A was inserted in the Constitution to make Education a fundamental right of children. In addition, Right to Education Act came into effect. The injury caused to the children because prevailing education system does not provide value based equal education to all the children in the spirit of the Articles 14, 15, 16, 21A and Preamble of the Constitution, as the syllabus and curriculum vary school to school,” said Upadhyay.

He also referred to the judgment of the Supreme Court in Nirbhaya case where the bench emphasized the need for setting good values and guidance and comprehensive change in existing mindset.

“The absence of a value-based common education system, free and compulsory for all children, leads to the fostering and perpetuation of ignorance. Lack of value-based education delays the attainment of constitutional goals i.e., the development of scientific temper, humanism and spirit of inquiry and reform. It is noteworthy that Article 51A enshrines as a solemn and fundamental duty on every citizen to develop such scientific temper, and thus it is inconceivable that such duty may not find support from the State in making provisions for education which may further the scientific temper and spirit of inquiry,” he added.

The petitioner emphasized that the State must assume a heightened sense of responsibility when it is faced with a heterogeneous society such as in India, which is plagued by inequality and saddled with artificial, yet prevalent, limitations on opportunities, and added, “In expounding the Constitution to meet the requirements of Articles 21A read with Articles 14, 15, 16, 38(2), 39(f), 46 & 51A, measures such as a common education system viz. common syllabus and common curriculum is a necessity. It would enable every child to be placed on a level playing field for the challenges of the future and meaningfully contribute in achieving the constitutional goals.”