Phone Tapping In India: A Need To Revisit Law? 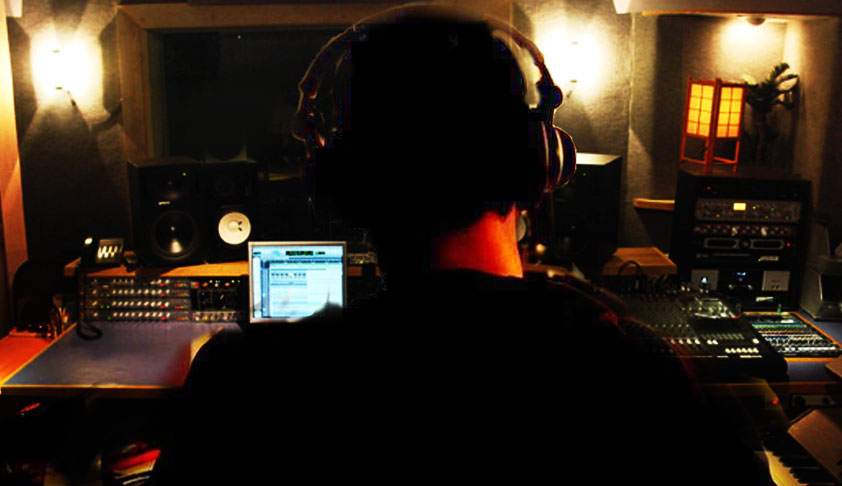 The Indian Telegraph Act 1885 (hereinafter “the Act”) is the primary legislation concerned with controlling and regulating communication channels in India. Section 5 of the Act lays down grounds for issuance of an interception order which includes the occurrence of a public emergency, interest of public safety, the sovereignty of India, security of the State, friendly relations with...

The Indian Telegraph Act 1885 (hereinafter “the Act”) is the primary legislation concerned with controlling and regulating communication channels in India. Section 5 of the Act lays down grounds for issuance of an interception order which includes the occurrence of a public emergency, interest of public safety, the sovereignty of India, security of the State, friendly relations with the foreign States, public order and preventing any incitement to the commission of an offence. The Act recognizes the Central Government as the agency which has the sole prerogative to issue an order u/s 5 of the Act and it makes it clear beyond an iota of doubt that powers u/s 5 are the sole domain of the Executive immune from any kind of intervention.

Similar to India is the practice in the USA where the Stored Communications Act (18 U. S. C. §2703) empowers the government to subpoena and seize the communication records of an individual from phone service providers. This procedure has been in practice since 1986 and has continued to exist till today. However, the Supreme Court of the United States has recently over-ruled this position under the Stored Communications Act and laid down new procedures for Central Government to requisition communication records of an individual. The Supreme Court in Timothy v. USA, 585 U. S. (2018) has read Fourth Amendment Rights into the Stored Communications Act and provided that an ex-parte judicial hearing is a must if such records are sought by the Government.  This development gives rise to a need to revisit and re-examine the existing legislation and related rules for interception of a communication in India. This examination becomes even more crucial since the Supreme Court in Justice KS Puttaswamy (Retd.) and Anr. v. Union of India, (2017)10SCC641, has unequivocally recognized the right to privacy as an inherent facet of Article 21 of the Indian Constitution.

Let us begin by understanding the Indian scenario vis-à-vis surveillance of telecommunication. In India, the law has been in existence since 1885, but the need to evolve a mechanism for its use became the talk of the day only in the 1980s. Such a situation arose primarily because of the burgeoning of the various means of communication and the overall revolution in the telecommunication sector. This gave birth to the term ‘surveillance’, which emerged as an off-shoot of the growth of the telecommunication sector. History is replete with instances of questionable surveillance such as when President Giani Zail Singh alleged that Rajiv Gandhi, the then Prime Minister caused the Rashtrapati Bhavan to be bugged.[1]  Things went too far when in 1988, Chief Minister of Karnataka Ramakrishna Hegde had to resign from his office on the accusation that he tapped the phones of opposition leaders.[2]

The only reason why this issue escalated to this scale was the absence of any procedure or guidelines based on which the Executive could exercise its power u/s 5 of the Act. In the absence of such a procedure, the government could, at its whims and caprice, could monitor and tap channels of communication of any individual in the country. 1997 marked a watershed in the history of India’s legal framework pertaining to the interception of communication channels as a full bench of the Supreme Court in PUCL v. Union of India, (1997) 1 SCC301 came up with extensive guidelines to regulate the manner of exercise of the powers under Section 5 of the Act. This judgment was also delivered in the backdrop of the Supreme Court’s alluding to the right to privacy in Kharak Singh v. State of U.P. and Ors., 1964 SCR (1) 332. With the zeal to save the legislation from going into the drain of unconstitutionality and being mindful of the privacy concerns of an individual, the court in PUCL laid down that an order for interception under Section 5(2) of the Indian Telegraph Act 1885 could only be made in the following manner;

In order to make the process more stringent, the Ministry of Communications, inspired by the directions in the PUCL, amended the Telegraph Rules in 2007 and inserted Rule No. Rule No. 491A which provided for some additional safeguards apart from ones afore-mentioned. Even the Ministry of Home Affairs, in 2015, came up with the standard operating procedures (SOPs) for lawful interception, handling, use, sharing, copying, storage and destruction of records to the central law enforcement agencies. The Department of Telecom has issued SOPs for a lawful interception to the Telecom Service Providers (TSPs) as well.

This development in the ancillary legislation on the part of the Executive was undertaken to make the entire process robust and transparent. However, the executive control over the entire process, right from the issuance of the order and its subsequent renewal, was in no manner diluted. The mere possibility of involving the judiciary in the entire process was never contemplated and the same practice continues to exist till date.

On the other hand, the same practice has been followed in the USA since 1986 when the Stored Communications Act was enacted, which permits the government to compel the disclosure of certain telecommunications records when it “offers specific and articulable facts showing that there are reasonable grounds to believe” that the records sought “are relevant and material to an ongoing criminal investigation.” [18 U. S. C. §2703(d)] However,, the Supreme Court in Carpenter’s Case, being mindful of the rights granted by the Fourth Amendment way back on 1791,  totally scraped its long-standing practice and read the requirements of the said Amendment into the Stored Communications Act. In this case, the US Supreme Court was called upon to adjudicate a controversy wherein the investigating agencies requisitioned 152 days Cell Site Location Records form the service providers. During the trial when the same was presented, the petitioner challenged its admissibility contending that it was a violation of his right to privacy as guaranteed by the Fourth Amendment which was rejected by the trial court. At the Supreme Court, the long-standing precedents were discussed and a saga of over-ruling them began. The US Supreme Court refused to accept the principle as laid down in Smith v. Maryland, 442 U. S. 735, 740 which stipulates that a person has no legitimate expectation of privacy in information he voluntarily turns over to third parties. The Court even side-lined the ratio in United States v. Miller, 425 U. S. 435 (1976); Smith v. Maryland, 442 U. S. 735 (1979) that individuals have no Fourth Amendment interests in business records which are possessed, owned, and controlled by a third party.  The court in its conclusion opined that mapping a cell phone’s location over a course of 12 days and providing an all-encompassing record of the holder’s whereabouts is akin to GPS information whereby time-stamped data provides an intimate window into a person’s life revealing not only his particular movements, but through them his “familial, political, professional, religious, and sexual associations.  The court ultimately, by a majority of 5-4 over-ruled its practice of compulsory process (subpoena) to access the communication records. Further, it stipulated that to acquire cell-site records from cell phone service providers a warrant from the court needs to be first obtained furnishing a probable cause which forms a requirement as per Fourth Amendment.

The Carpenter’s judgment in the USA and the ruing of the Indian Supreme Court in PUCL opens a debate—whether now is the time to put in place a judicial mechanism for issuing interception orders under the Telegraph Act. It is to be noted that the courts worldwide and especially in India have shown an inclination towards recognising privacy rights in more and more spheres of an individual’s life. Even last week, the Supreme Court while passing an order of admission in Mahua Moitra v. Union of India and Ors., Writ Petition(s)(Civil) No(s).782/2018, remarked that “if social media platforms be monitored then we will be moving towards a surveillance state”. This concern of the highest judiciary aptly demonstrates that it is mindful of the extent of power the executive commands, which in its ugly face causes the death of an individual’s privacy. Nevertheless, it must not be ignored that one of the contentions in PUCL was the “requirement for a pre-judicial sanction, ex-parte in nature”. The court also took notice of the recommendations of the Second Press Commission wherein had recommended that phone “tapping is a serious invasion of privacy and is a variety of technological eavesdropping. Conversations on the telephone are often of an intimate and confidential character.” Despite analysing such varied contentions, the court did not put emphasis on reading the requirement of a pre-judicial determination of an order passed under Section 5(2). It, on the other hand, occupied itself with formulating procedural safeguards with the sole aim to save the Act from the vice of conflict with Part III of the Constitution. As the PUCL judgment dates back in time, and technology has advanced leaps and bounds, the judgment may be revisited to make it compliant with the emerging notions of privacy. In times when a billion dollar enterprise such as Aadhaar is being attacked on the grounds of digital surveillance and Telecom Regulatory Authority of India is recommending ownership of telecom data to rest with the users and not Internet giants or mobile device makers,[3] there seems no harm in re-visiting Section 5 of the Indian Telegraph Act 1885 to determine its scope and explore possibility of judicial intervention.

Ankit Gupta is a Fourth Year, BA.LLB (Hons.) at National Law Institute University, Bhopal.
[The opinions expressed in this article are the personal opinions of the author. The facts and opinions appearing in the article do not reflect the views of LiveLaw and LiveLaw does not assume any responsibility or liability for the same]