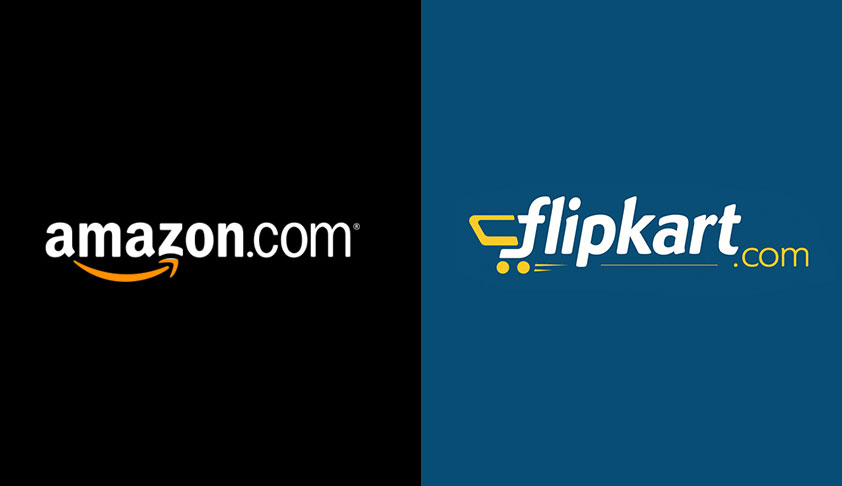 The Delhi High Court on Monday issued notice to e-commerce giants Amazon and Flipkart and also the Centre on a PIL alleging that they have been openly violating FDI norms for marketplace model of e-commerce and circumventing them by routing hot-selling products at much cheaper rates through proxy “Controlled Sellers” or “Name Lenders” and pushing out small sellers and...

The Delhi High Court on Monday issued notice to e-commerce giants Amazon and Flipkart and also the Centre on a PIL alleging that they have been openly violating FDI norms for marketplace model of e-commerce and circumventing them by routing hot-selling products at much cheaper rates through proxy “Controlled Sellers” or “Name Lenders” and pushing out small sellers and brick-and-mortar retailers.

A bench headed by Acting Chief Justice Gita Mittal issued notice to the parties on the PIL filed by NGO Telecom Watchdog which said e-commerce companies Amazon and Flipkart have been turning marketplace into de-facto inventory based e-commerce entities and should be punished under the FEMA.

The matter is now listed for November 19.

Advocate Pranav Sachdeva, counsel for the petitioner, said the Centre should probe the cases in which e-commerce companies—Amazon and Flipkart—have circumvented FDI Rules by creating a number of name-lending entities.

The NGO came to the court after having made four complaints to the government this year on the same issue but in vain.

In India, e-commerce works on a marketplace-based system where only electronic platform for buying/selling to third parties is provided and the inventory-based model, where the marketplace is allowed to maintain its own stock also.

The Department of Industrial Policy & Promotion (DIPP) under the Commerce Ministry issues guidelines for FDI in e-commerce from time to time.

However, many companies like Flipkart started providing platform for retailers and distributors to sell their products on B2C model, which led to the All-India Footwear Manufacturers and Retailers’ Association (AIFMRA) moving court in year 2015.

During the pendency of that petition, the government relaxed the FDI norms and issued a press note vide which it allowed 100 per cent FDI under automatic route in marketplace model of e-commerce with a rider that the sales volume from a single seller, including its group companies, cannot exceed 25 per cent of the gross sales.

However, the FDI continued to be prohibited in an inventory-based model of e-commerce.

This, Sachdeva said, “sought to strike a good balance between encouraging infrastructure creation for India’s fast growing e-commerce sector and securing the interest of India’s large base of Micro, Small and Medium Enterprises (MSME) and small retailers”.

With this “welcome change”, the 2015 petition was withdrawn.

How e-commerce companies are circumventing the norms

The PIL said after the new FDI norms, “certain big e-commerce companies, like Amazon and Flipkart, due to their long experience in online market activities, knew what products can be sold easily and quickly and which has no business risks (of not being sold)”.

To circumvent the FDI norms, “both Amazon and Flipkart have created multiple entities and/or created “Name Lending” companies and/or “Controlled Sellers” through which they route such hot-selling stocks. Through these entities, they buy branded goods in bulk (at discounts) from manufacturers, rendering small sellers uncompetitive by a wide margin, thus influencing the prices in violation of FDI norms. As a consequence, smaller sellers are unable to participate in the fast-growing e-commerce sector”.

The PIL explained how both Flipkart and Amazon involve various intermediaries/support entities in the chain to divide discounts/losses.

Sachdeva further explained the structure of these companies to show how they are flouting the FDI norms and pocketing huge revenue without having to pay any tax.

The PIL said though FDI is not allowed in entity operating on inventory-based e-commerce model, Cloudtail is essentially doing the same by buying goods in bulk from many manufacturers and selling them on the online platform of Amazon Seller.

Amazon has created 17 entities, to circumvent FDI norms, of which only one named Catamaran has majority shareholders outside of Amazon group, one being Infosys Ltd’s co-founder NR Narayana Murthy.