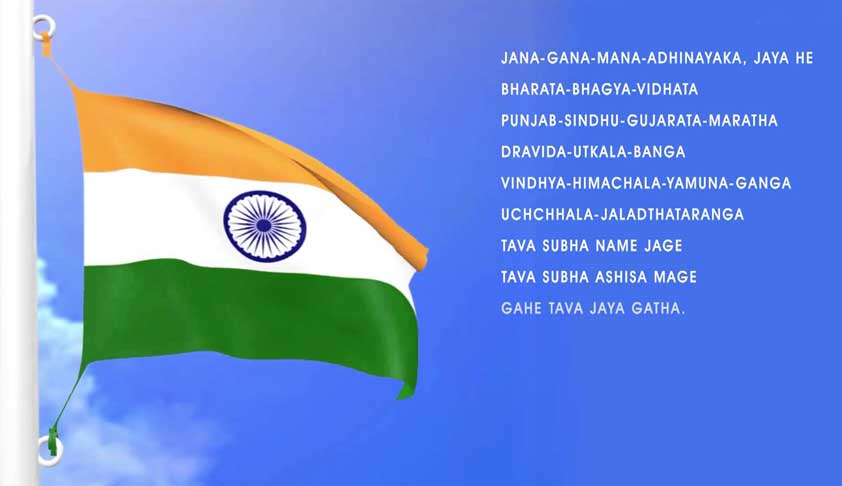 The Supreme Court on Friday issued a notice to the Centre, in a Public Interest Litigation (PIL) seeking directions to the government to take appropriate steps to specify what would constitute disrespect and abuse of the National Anthem.

It is averred in the petition that sometimes the National Anthem is sung in various circumstances, which are not permissible, and cannot be legally countenanced.

Advocate Abhinav Srivastava, who appeared for the petitioner, submitted that the National Anthem is to be respected and shown due honour by everyone in this country.

He gave the following suggestions:


The petition also prayed that directions should be issued that the National Anthem should be played in cinema theatres across the country before the screening of the feature film and proper norms and protocol should be fixed with regard to playing or singing of National Anthem in an official function and the functions where certain constitutional dignitaries are present in strict compliance.