Play on “The Great Trial of MK Gandhi” to be staged at National Law University, Delhi 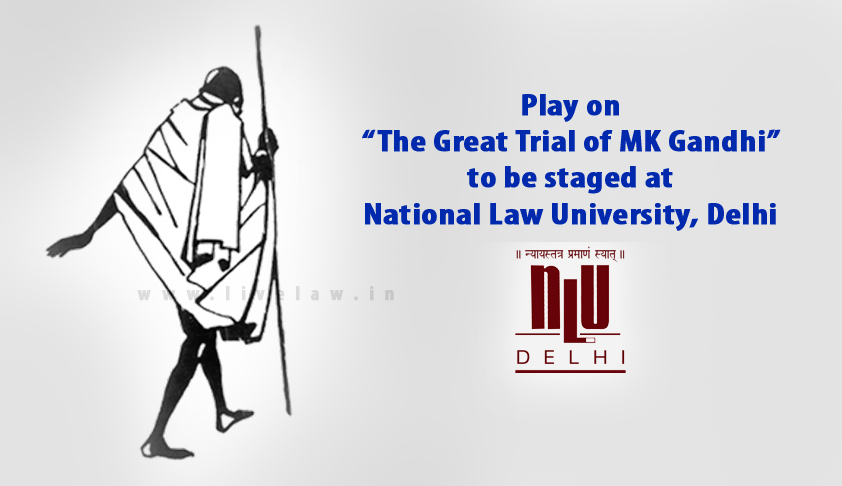 National Law University, Delhi is going to organise a play on the Great Trial of MK Gandhi and Shri Shankarlal Ghelabhai, held on Saturday, 18th March 1922, before Mr. C. N. Broomfield, I.C.S., District and Sessions Judge, Ahmadabad. They were tried on charges under Section 124 A of the Indian Penal Code,  on charges of Sedition and causing disaffection towards the British Indian Government.

Along with The Great Trial, two short skits "Sharp Practice?" and ‘How a Client was Saved’ depicting the days of Gandhi Ji's legal practice and his insistence on the use of 'truth' in his legal practice will also be staged.

The event is the production of the 1st year students of B.A. LL.B. (Hons.) under the guidance of Dr. Prasannanshu.

The play will be staged in the moot court hall at September 21, 2015 (Monday) at the National Law University, Sector 14, Dwarka.