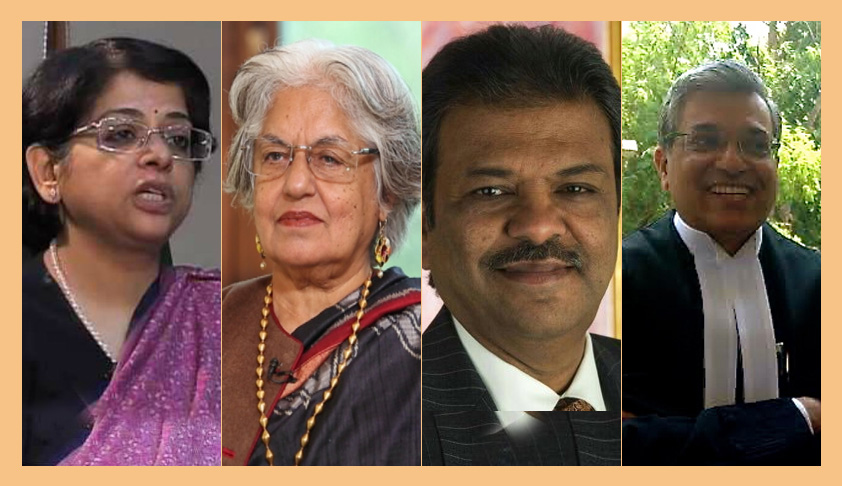 In the course of the hearing on the question of reconsideration of the 2017 apex court judgment in Rajesh Sharma, diluting the efficacy of section 498A of the IPC, Senior Counsel Indu Malhotra, having been appointed Amicus Curiae in the writ petition by NGO Nyayadhar, advanced submissions in respect of the directions issued in the said judgment.Drawing the attention of the Supreme Court bench...

In the course of the hearing on the question of reconsideration of the 2017 apex court judgment in Rajesh Sharma, diluting the efficacy of section 498A of the IPC, Senior Counsel Indu Malhotra, having been appointed Amicus Curiae in the writ petition by NGO Nyayadhar, advanced submissions in respect of the directions issued in the said judgment.

Drawing the attention of the Supreme Court bench of Chief Justice Dipak Misra, Justice D. Y. Chandrachud and Justice A. M. Khanwilkar to the directions, in so far as the same provide for the effecting a settlement, discourage the impounding of passports and the issue of red corner notice and relax the requirement for the personal appearance of husband’s family members, Ms. Malhotra advanced- “one, the directions require the establishment of Family Welfare Committees comprising of such non legal persons as para legal volunteers/social workers/retired persons/wives of working officers to look into complaints under section 498A. However, in criminal proceedings, the power of investigation can only be exercised by the police...[here, the Chief Justice remarked that section 41A of the Cr. P. C. has already been interpreted in context of section 498A of the IPC]...two, the judicial direction in the Rajesh Sharma judgment that no arrest can be effected until the report of these Committees is received is not tenable in view of the offence under section 498A being cognizable and non-bailable...three, the directions envisage a settlement which, in case of a non compoundable offence as section 489A, IPC can only be effected by the High Courts or the Supreme Court under section 482, Cr. P. C. or Article 136 respectively...four, in so far as the directions lay down that a recovery of disputed dowry items shall not alone be a ground for denial of bail, the discretion of the court to decide bail is taken away...five, the directions provide that In respect of persons residing out of India impounding of passports or issuance of Red Corner Notice should not be a routine. In matrimonial as well as other cases, where the offence is partly in India and partly elsewhere, Red Corner notice has to be issued to secure the presence of the accused. There is a CBI notification in this behalf...six, in so far as the directions do away with the mandatory personal appearance of family members and permit video conferencing, it may be noted that in criminal proceedings, presence is mandatory unless exempted by the concerned court...[“Yes, otherwise an application under section 317 (CrPC) may be filed”, agreed the Chief Justice]...”

“To tackle the concerns regarding frivolous and vexatious complaints, section 182 of the IPC may be resorted to”, added Ms. Malhotra.

He relied on the 2015 apex court judgment in State of UP v. Anil Kumar Sharma, in so far as it was observed therein- “We can appreciate the concern of the High Court regarding delay in criminal trials, expressed by it, but the manner in which sweeping directions are issued in the present case by the High Court, cannot be appreciated, particularly the directions, which are not in conformity with the provisions of CrPC...In State of U.P v. Mahindra and Mahindra Ltd. 2011 13 SCC 77, this Court has made following observations as to the power and scope of the High Court in issuance of directions to the legislature: ‘...It is inappropriate for the courts to issue a mandate to legislate an Act and also to make a subordinate legislation in a particular manner. In this particular case, the High Court has directed the subordinate legislation to substitute wordings in a particular manner, thereby assuming to itself the role of a supervisory authority, which according to us, is not a power vested in the High Court’...”
The Senior Counsel also quoted the dissenting opinion in the controversial expatriation case of Trop v. Dulles [2 L Ed 2d 630] before the US Supreme Court- “… All power is, in Madison's phrase, ‘of an encroaching nature’...Judicial power is not immune against this human weakness. It also must be on guard against encroaching beyond its proper bounds, and not the less so since the only restraint upon it is self-restraint. …It is not easy to stand aloof and allow want of wisdom to prevail, to disregard one's own strongly held view of what is wise in the conduct of affairs. But it is not the business of this Court to pronounce policy. It must observe a fastidious regard for limitations on its own power, and this precludes the Court's giving effect to its own notions of what is wise or politic...”

Referring to the original petition in Rajesh Sharma, Senior Counsel Indira Jaising advanced, “the simple prayer in the petition was for quashing the FIR, in which behalf usually the [;1990 apex court judgment in) Bhajan Lal [State of Haryana v. Ch. Bhajan Lal] is followed...the woman (in the main matter in Rajesh Sharma) had filed a complaint under sections 199 and 200 of the Cr. P. C. A complaint is different from the FIR in sense that the former involves the intervention of a Magistrate who, upon recording evidence, determines whether to issue summons. There is already a judicial check...hence, no occasion arose for the exercise of the power under Article 142 in Rajesh Sharma...”

The Chief Justice on Monday said, “we are not dealing with the facts of the case...the judgment in Rajesh Sharma binds the parties thereto...this is not an appeal...we shall only see if the directions fill in the gaps in consonance with the spirit of section 498A and validly under Article 142...”

However, Ms. Jaising insisted, “Rajesh Sharma has not been concluded...how should I proceed on the merits?”

“Your Lordships have held that under Article 142, the bench may act only if there is a vacuum and also, not contrary to the statute...”, Ms. Jaising sought to submit.

At an earlier stage also, when an advocate sought to indicate certain portions of the Rajesh Sharma judgment, the Chief Justice had stated, “in the interpretation of a provision, empirical statistics are immaterial...we are only concerned with two aspects- first, gender discrimination and the chilling effect of dowry on marital life, in the light of section 498A, IPC, and secondly, the juxtaposition and reconciliation of parties...”

On Monday, ASG P. V. Narasimha also submitted, “the judgment (in Rajesh Sharma) is not on the interpretation of the provision but on the gaps...the directions impose an obligation on the executive authority which may not gel with the Cr. P. C...”

The bench reserved its judgment on Monday.