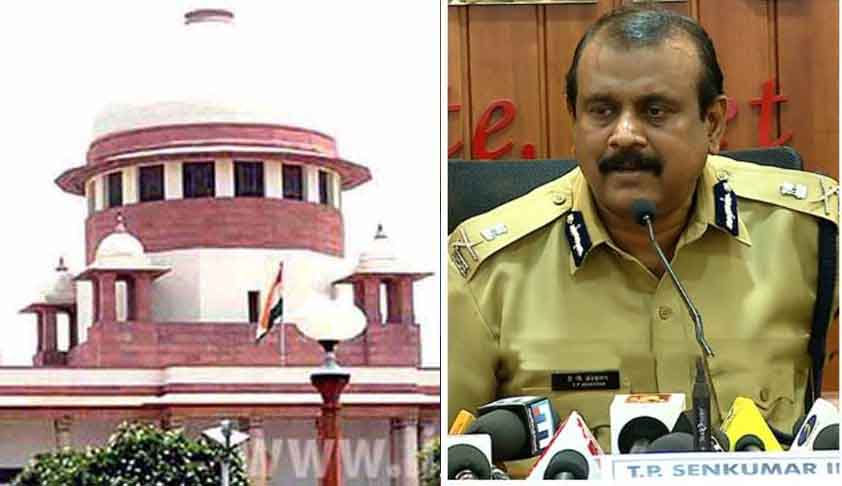 The judgment evoked mixed responses. Many in the legal circles hail the judgment as vindication of Rule of Law against Executive hegemony and caprice. The antagonists of Government in the political arena are training their gun towards the Government. But level headed students of jurisprudence and political scientists cannot digest the judgment in its full tenor. For them, the ‘Sovereign’s Pleasure Doctrine’ is shattered to the ground with the Apex Court judgment. The judgment keeps asunder the Police from the Executive, resulting in creating another limb in the concept of State formation. Political scientists are forced to live up with the new theory of State being formed with population, territory, sovereignty, Government and judicially set together component, ie.the Police. By giving functional autonomy to police freeing it from Executive, the judgment in Sen Kumar case rewrites all concepts hither to have been accepted in political science in State formation.

The widely acclaimed theory of State formation is ‘Social Contract’ Theory propounded by Thomas Hobbes, John Locke and Rousseau in the 17th century. To get rid of anarchy and to gain orderliness in the society, the primitive human race joined together to create a Sovereign and surrendered many of their unfettered freedom to Him in reciprocity of protection of their life and property. The Sovereign, manifested in the shape of Government, carries out its primordial function of policing. The Police State however evolved into Welfare State by 20th century with its present form with further leap towards Development State. But with policing remaining its core duty, the sovereign Government is endowed with full control over its police force for the discharge of its seminal duty. The ‘Pleasure doctrine’ places the servants of Sovereign at its command. The ‘pleasure doctrine’ is more inevitable for the Executive for policing wing than for any other departments of administration.

Probably, it is the police atrocities during Emergency which made the Janatha Party Regime to appoint a National Police Commission for evaluating the functioning of Police and for suggestion of Reforms. The report of the NPC gathered dust for years together. When the former Police Chief of Assam, Prakash Singh and some others approached the Supreme Court for implementation of the Report of the NPC, all State Governments were called up on by the Supreme Court to answer the call as the subject ‘police’ fell in the Second List of VIIth Schedule to the Constitution. With 10 years intervening in the meanwhile, Pandamanabhaih Committee Report, Malimath Committee Report and Soli Sorabjee Committee Report were also added on to the Police Reform dossier before the Supreme Court. The saddening fact remains that the State Governments, which are real stake holders in police reform, did not address oral arguments when Apex Court had given sufficient inkling that it was going to shackle the Executive Government with the proposal of ensuring minimum tenure to Police Officers in their posts. More drastic was the direction to create a post of State Police Chief with minimum security of tenure of service virtually dismembering police force from the control of the Executive Government. States were commanded by the Supreme Court to implement the directions till a comprehensive new Police Act is enacted by each State Government. This judicial legislation in Prakash Singh Vs. Union of India [(2006) 8 SCC1] in effect handcuffed the Executive resulting in denudation of its fundamental functional freedom of ‘Pleasure Doctrine’ encapsulated in Article 310 of Constitution of India. Many State Governments, without seriously looking at the adverse fall out of these directions in the administration of Police, enacted new Police Act with verbatim reproduction of the direction of the Apex Court in their new Statutes. The State of Kerala also passed one such Legislation, the Kerala Police Act, 2011. Section 97 of the Kerala Police Act ensures two years of minimum tenure for the State Police Chief and some other officers at the middle order including Station House Officers at the lower rung. The Act provides for ‘transfer of the officers’ on grounds, inter alia, ‘serious dissatisfaction of general public’. The removal of T.P. Sen Kumar from the post of State Police Chief intriguely on this ground forms the subject matter of judgment of the Apex Court, now being discussed at the length and breadth of the State of Kerala.

The judicial legislation in Prakash Singh case and the interpretation of Section 97 of the Kerala Police Act in Sen Kumar’s case strike at the root of the ‘Pleasure Doctrine’ contained in Article 310 of the Constitution of India. Article 310, with all its profoundness declares Sovereign’s ‘Pleasure Doctrine’ as the principal weapon in the hands of the State for control of its officers. It says aloud that, subject to the other provisions of the Constitution, the officers in the Defence Service, Members of the Civil Service and those holding civil posts hold office during the Pleasure of President when it relates to the services under the Union and that of the Governor as regards the services under the State Government. The only constitutional provision fettering this ‘Pleasure Doctrine’ is contained in Article 311 of the Constitution. Article 311 of the Constitution provides that the Government servant shall not be dismissed, removed or reduced in rank by an officer subordinate to the appointing authority and also without giving him an opportunity to show cause against the proposed disciplinary action. This curtailment of the Pleasure Doctrine however cannot stand in the way when a Sovereign Government transfers its servant to other posts. Transfer is not a punitive measure but is an administrative exigency. Since under Section 97 of the Kerala Police Act one among the Director General of Police is catapulted to the post of State Police Chief, it is not a promotional post to say that he is reduced in rank when he is transferred to another office of DGP with specially assigned duties. It appears that Government of Kerala could have defended its order by plainly placing the polemic of ‘Sovereign Pleasure’ engrafted in Article 310 of the Constitution of India.

Still then the riddle of statutorily ensured ‘security of tenure’ contained under Section 97 of the Kerala Police Act stares at Government of Kerala in its attempt to defend the transfer order. But it is profitable to reminisce that the Apex Court, speaking through a Constitution Bench, held long ago in 1961 that the Pleasure Doctrine contained in Article 310 of the Constitution cannot be whittled down by any Statute made by Legislatures or Parliament. While interpreting the inter play of Article 309, 310 and 311 vis-a-vis the Indian Police Act 1861 the Apex Court in State of U.P. Vs. Babu Ram (AIR 1961 SCC 751) held that Parliament or Legislature of State cannot make a law abrogating or modifying this Pleasure Doctrine so as to impinge upon the overriding power conferred upon the President or the Governor under Article 310 of the Constitution. If tested on this proposition of law laid down by the Constitution Bench, the security of tenure ensured by Section 97 of the Kerala Police Act cannot deter the Executive Government in invoking its Sovereign Pleasure for removing an incumbent from the post of Police Chief and transferring him to other post. The ‘Pleasure Doctrine’ encompasses a myriad of variables like trust, confident, reliability, dependability, efficiency and scores of other traits related to administration.

The finding rendered by the Apex Court that objective and tangible materials were not on record to establish ‘serious dissatisfaction of general public’ warranting transfer of State Police Chief appears to be fallacious. As the expression denotes, the coinage of those words is so deliberately done by the Legislature to endow the Executive with some elbow room in posting and transfers. This loosely knit bundle of words only points towards a perception of Executive Government and not a proven opinion formation based on legally admissible materials. When a perception emerges in the public domain about the efficiency of Police in the discharge of its function, the Executive Government is given an elasticity in the decision making process to respond to the public opinion. This involves the power to have a reshuffle in the top hierarchy of the Police force to address the democratic desires. To look for cogent materials or modes for gauging public dissatisfaction is akin to searching for impossibilities like holding referendum on index of dissatisfaction. A democratically elected Government should have functional freedom for carrying out its operations with its confidential commanders at the head of all Departments and Forces. In Sen Kumar’s case, a barometer of public dissatisfaction was available in the form of results of a general election. He was removed on a change of guard in Government following general elections where one of the main planks was inept police investigation in some sensational cases.

On Sen Kumar’s part also, it appears inappropriate for him to have taken this litigious route for clinging on to a post to the dislike of the Executive Government. The moment when the Executive Government expresses no-confidence in the Officer discharging duties in sensitive areas of administration, he must have bowed out. The spirit of Section 97 of the Kerala Police Act, 2011 is that it does not confer a right on the officer to be glued to the chair of Police Chief but only fastens a responsibility on the Government to ensure security of tenure to the incumbent. It appears jurisprudentially wrong to hold that right of an incumbent to a post is infringed when no such right is conferred on him by statute. At best the present situation poses a set of facts where responsibility of the Executive Government in ensuring security of tenure is not ideally adhered to. But the servant of the Executive cannot raise a grouse on this count.

Practical wisdom suggests that Executive Head cannot run a Government with an officer in whom it has no element of confidentiality and trust. The scenario would be more catastrophic in the administration of police machinery which forms the foundational pillar of State formation. It is horrendous for the people to have a police administration with a defiant head in the top of police force and diffident Executive Government stripped of its ‘Sovereign Pleasure’ to reign in him. Now Sovereign pales into insignificance, with democracy leaving space for autocracy. Prakash Singh Case and Sen Kumar case spell doom for democratic aspirations and assertion of Sovereignty of People through Democracy. It is the people of India who have given unto themselves the Constitution on the 26th day of November, 1949. They and their representatives together incarnate as Sovereign. Servants are at their ‘Pleasure’ and disposal. A revisit of Prakash Singh case and Senkumar case is inevitable at this moment for assertion of sovereignty of people and the doctrine of Sovereign’s Pleasure.