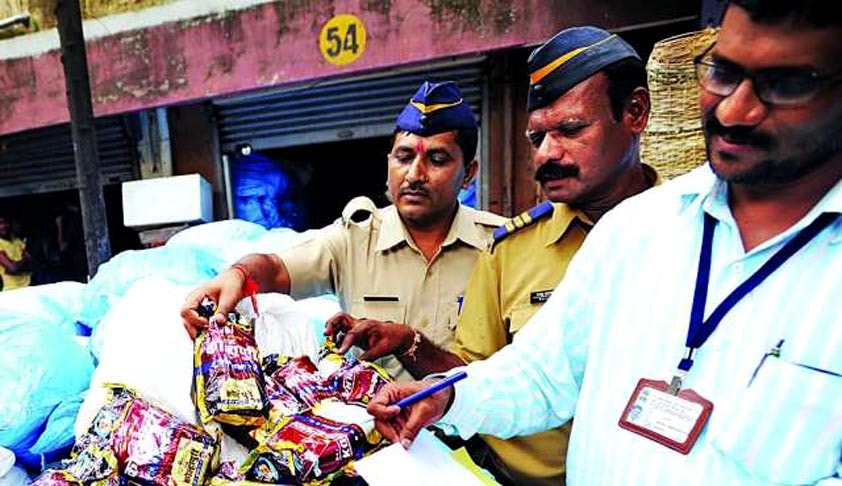 Bombay High Court has held that possessing/transporting Gutka and Pan Masala articles would not attract offence under any provisions of the Indian Penal Code. Division Bench comprising of Justices A.V. Nirgude and Indira K Jain, quashing the complaint against 21 Gutka/Pan Masala traders observed that Police cannot prosecute them.

The traders transporting large quantities of Gutka in a truck, was stopped by  Food Safety Officer of Osmanabad district. He alleged that he not only seized the goods but even lodged a police complaint alleging they had committed violation of Government Notification, prohibiting certain acts pertaining to Gutka/Pan Masala and thereby committed offence punishable under Sections 26 and 30 of the Food and Safety Standards Act, 2006 . He further alleged that they were also liable to be prosecuted and punished for offences punishable under Sections 272, 273, 188 and 328 of the Indian Penal Code. The police registered offence and arrested the traders. The traders moved High court seeking quashing of complaint.

Manufacturing/Possessing Gutka not an IPC offence

The Bench observed that manufacturing, possessing Gutka and Pan Masala would amount to administering poison. The Court also observed that in this case, Gutka or Pan Masala are not subjected to food analysis and hence it cannot be said that Gutka and Pan Masala are stupefying, intoxicating or unwholesome drug. Besides offering these items of Food would not amount to intention to cause hurt and the provisions of Section 328 of the Indian Penal Code to the present cases is therefore impermissible, the bench said.

No breach of Law and order

The bench further observed “The Commissioner in this case indeed is a public servant and he has issued an order, and order is breached and disobeyed by the applicants and petitioners. But, this disobedience apparently does not tend to cause breach of law and order. The Commissioner's order is not an order contemplated under Chapter 10 of the IPC. Besides, the prohibitory order issued under Section 30 of the FSS Act, 2006 and its violation, would amount to offence only under Section 55 of the FSS Act, 2006. This specific provision if made in a special enactment which is a code in itself. It would not permit any one to apply Section 188 of the Indian Penal Code to such breach or violation. Section 188 of the Indian Penal Code thus is not applicable to the facts of the case.”