Who Is a “Police Officer” To Whom A Confession By An Accused Is Tabooed ? 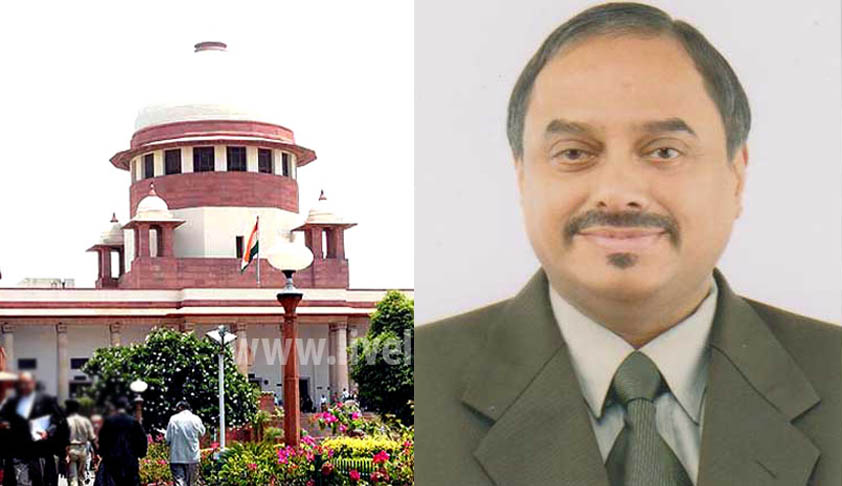 Has anyone come across a police officer unknowingly becoming a non-police officer and vice versa ? Well, if the Legislature and the Judiciary so ordain, such a magical transformation can take place.In order to fully comprehend the above forensic legerdemain,it may be necessary to examine a few legal provisions. They are Sections 25 to 27 of the Indian Evidence Act, 1872 (“Evidence Act”...

Has anyone come across a police officer unknowingly becoming a non-police officer and vice versa ? Well, if the Legislature and the Judiciary so ordain, such a magical transformation can take place.In order to fully comprehend the above forensic legerdemain,it may be necessary to examine a few legal provisions. They are Sections 25 to 27 of the Indian Evidence Act, 1872 (“Evidence Act” for short) and Sections 161 and 162 of the Code of Criminal Procedure, 1973 (“Cr.P.C” for short). Those provisions are extracted herebelow:-
Evidence Act
Section 25 - (Confession to police officer not to be proved)No confession made to a police officer, shall be proved as against a person accused of any offence.
Section 26 - (Confession by accused while in custody of police not to be proved) No confession made by any person whilst he is in the custody of a police officer, unless it be made in the immediate presence of a Magistrate, shall be proved as against such person.
Section 27 - (How much of information received from accused may be proved) Provided that, when any fact is deposed to as discovered in consequence of information received from a person accused of any offence, in the custody of a police-officer, so much of such information, whether it amounts to a confession or not, as relates distinctly to the fact thereby discovered, may be proved.

Cr.P.C
Section 161 - (Examination of witnesses by police) (1) Any police officer making an investigation under this Chapter, or any police officer not below such rank as the State Government may, by general or special order,prescribe in this behalf, acting on the requisition of such officer, may examine orally any person supposed to be acquainted with the facts and circumstances of the case.
(2) Such person shall be bound to answer truly all questions relating to such case put to him by such officer, other than questions the answers to which would have a tendency to expose him to a criminal charge or to a penalty or forfeiture.
(3) The police officer may reduce into writing any statement made to him in the course of an examination under this
section; and if he does so, he shall make a separate and true record of the statement of each such person whose statement he records.
taking the cue from the interpretation given in Pakala Narayana Swami, Mahabir Mandal and Nandini Satpathy).

Section 162 - (Statements to police not to be signed : Use of statements in evidence) (1) No statement made by any person to a police officer in the course of an investigation under this Chapter, shall, if reduced to writing, be signed by the person making it ; nor shall any such statement or any record thereof, whether in a police
diary or otherwise, or any part of such statement or record, be used for any purpose, save as hereinafter 884 provided, at any inquiry or trial in respect of any offence under investigation at the time when such statement was made:
Provided that when any witness is called for the prosecution in such inquiry or trial whose statement has been reduced into writing as aforesaid, any part of his statement, if duly proved, may be used by the accused, and with the permission of the Court, by the prosecution, to contradict such witness in the manner provided by section 145 of the Indian Evidence Act, 1872 (1 of 1872); and when any part of such statement is so used, any part thereof may also be used in the re-examination of such witness, but for the purpose only of explaining any matter referred to in his cross-examination.
(2) Nothing in this section shall be deemed to apply to any statement falling within the provisions of clause (1) of section 32 of the Indian Evidence Act, 1872 (1 of 1872), or to affect the provisions of section 27 of that Act.
Explanation - An omission to state a fact or circumstance in the statement referred to in sub-section (1) may amount to contradiction if the same appears to be significant and otherwise relevant having regard to the context in which such omission occurs and whether any omission amounts to a contradiction in the particular context shall be a question of fact.

Q.(a) Does it not mean that in order to attract Sections 25 to 27 of the Evidence Act the police officer to whom the confession is made should be a police officer who is not investigating the case ?

“(19) The police officer referred to in Section 25 of the Evidence Act, need not be the officer investigating into that particular offence of which a person is subsequently accused. A confession made to him need not have been made
when he was actually discharging any police duty. Confession made to any member of the police, of whatever rank and at whatever time, is inadmissible in evidence in view of Section 25”.(emphasis supplied)

Q.(d) Does not Pakala Narayana Swami which has not considered the impact of sub-section (2) of Section 162 Cr.P.C, call for a re-look so as to include confessions made to any police officer whether investigating the case or not, within the mischief of Section 25 of the Evidence Act ?

The above are some of my genuine doubts which I express here in the hope that some jurist or a legal brain may elucidate the true position. The matter does not end here. The crucial test laid down by the Supreme Court for deciding whether an officer is a police officer or not for the purpose of Section 25 of the Evidence Act, is that such officer should not only possess the authority of an officer in-charge of a police station to conduct an investigation under Chapter XII of the Cr.P.C, but he should also have the authority to initiate a prosecution by filing a police report under Section 173(2) Cr.P.C. See the following decisions :-

If the investiture in the officer of the power to submit a police report under Section 173(2) Cr.P.C is the decisive test to determine whether such officer is a police officer or not, I have the following doubts to ask:-

Q.(a) Is confession made to the police officers covered by Q.(b)(i) to Q.(b) (iii) in paragraph 3 above and who, in their respective positions, are unable to submit a police report, much less, conduct any investigation, admissible under Section 25 of the Evidence Act ?

In Jeewan Kumar Raut v. Central Bureau of Investigation (2009) 7 SCC 526 = AIR 2009 SC 2763 the Supreme Court of India held that an officer-in-charge of a police station conducting an investigation of an offence under the Transplantation of Human Organs and Tissues Act, 1994, is in view of Section 22 of the said Act, statutorily forbidden from filing a police report and that he can file only a complaint before the Court. This means that in spite of the fact that the investigation is conducted by a police officer, he does not possess the authority to file a police report under Section 173(2) Cr.P.C. To put it differently, this is a glaring instance in which, applying the tests laid down by the Supreme Court, a police officer becomes a non-police officer.

Q.(a) If so, is a confession made to such a police officer hit by Section 25 of the Evidence Act ?

Until 03-06-1997 Abkari Officers under the Kerala Abkari Act, 1077 M.E were filing a complaint before the competent Court under Section 50 of the said Act. Confessions made to such Abkari Officers were not hit by Section 25 of the Evidence Act and were, therefore, admissible in evidence. The aforesaid Section was amended with
effect from 03-06-1997 empowering every Abkari Officer to file  police report in accordance with Section 173(2) Cr.P.C. This is an instance where a non-police officer is invested with the power of a police officer to file a police report and going by the tests laid down by the Supreme Court in the decisions referred to earlier, such
Abkari Officer who is given the authority to file a police report becomes a police officer to whom any confession made will be hit by Section 25 of the Evidence Act. It was so held in Joseph v. Stateof Kerala 2009 (4) KHC 537 = 2009 (2) KLD 915. This is another glairing instance where a non-police officer becomes a police officer.

Q.(a) If so, does it not sound incongruous to say that a confession made to an Abkari Officer (who is not a police officer) is tabooed merely because he is invested with the authority to file a police report ?

How can the law enforcement officers at the cutting edge (whether police officers or non-police officers) undergo such chameleonic metamorphosis based on the investiture or non-investiture of certain additional powers, if the power which they exercise is the power of investigation with regard to a punishable offence ? I am still groping in the dark for want of a proper elucidation of the principles governing the above queries. I shall be much obliged to any better informed person if he or she could clear the doubts raised under Q.(a) to Q.(d) of paragraph 3 above, Q.(a) of paragraph 4 above, Q.(a) of paragraph 5 above and Q.(a) of paragraph 6 above. Let this also constitute food for thought for the Bench and the Bar, the law enforcing agencies and the teachers of law.