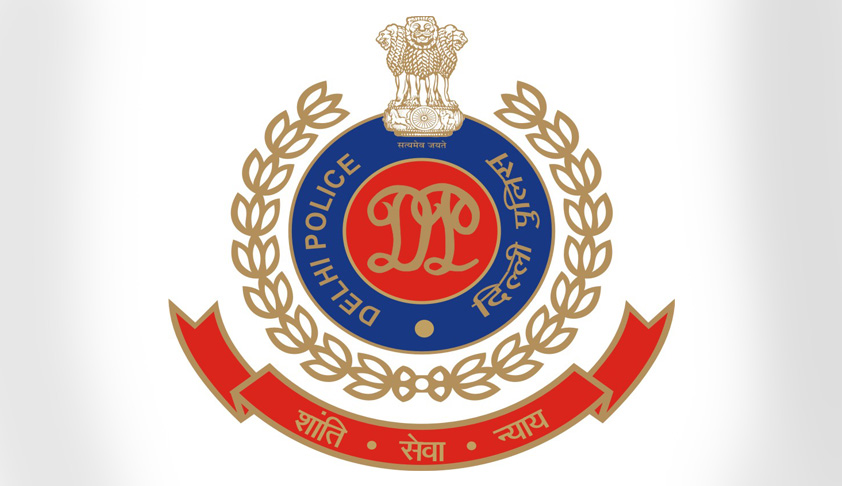 The Delhi High Court Bar Association (DHCBA) observed a flash strike on Tuesday post-lunch in protest against the police high-handedness Delhi High Court on Tuesday ordered an inquiry in to the incident relating to the assault on a 60yr old lady lawyer by Police.The case pertains to 60-year-old advocate Deepa Arya who has been accused in certain cases of threats, stalking etc filed against...

Delhi High Court on Tuesday ordered an inquiry in to the incident relating to the assault on a 60yr old lady lawyer by Police.

The case pertains to 60-year-old advocate Deepa Arya who has been accused in certain cases of threats, stalking etc filed against her by her brother who is residing abroad due to some property disputes.

The cases are going on in Saket court. Advocate Arya was granted bail in May 2016. This bail order came to be cancelled by the Metropolitan Magistrate on December 11, 2017, on the allegation that she had threatened the complainant.

Here’s What Happened On Monday

Advocate Arya had approached advocate RK Saini, who is a well-known name for his PILs, to challenge the lower court order. Saini prepared her petition.

Fearing arrest, advocate Arya stayed back at advocate Saini's residence in Mayur Vihar, while he went to the high court.

At 12.30 pm, advocate Saini was telephonically informed by his neighbour that some men dressed in civil clothes but claiming to be cops had surrounded his house and were claiming that a woman accused of stalking was hiding there.

The neighbour, on Saini’s instructions, reasoned with the police personnel that the petition is to come up before the court in post-lunch session and therefore, no coercive action was to be taken.

At 3.40 pm on Monday, the matter came up before Justice Pratibha Rani who heard the arguments during which the public prosecutor gave an undertaking that no coercive action would be taken against Arya till the next date of hearing.

The same message was communicated to the SHO Safdarjung Enclave.

Despite being informed about the court’s order, a team of police personnel and private persons broke open Saini’s house and dragged her out pulling her hair and headed towards Safdarjung Police Station.

In the meantime, Saini obtained a copy of the order on special request and sent it to the SHO concerned through WhatsApp and thereafter, Arya was let off.

Here’s What Happened On Tuesday

On Tuesday, Arya’s counsel Avadh Kaushik moved a petition against the conduct of Delhi Police before a bench headed by Acting Chief Justice Gita Mittal.

The court suggested some amendments after the issue came up for hearing before a bench of Justice Siddharth Mridul and Justice Deepa Sharma.

“…the action of the police in conducting such heroic operation to nab a lady advocate of aged about 60 years for the alleged offence of extending threats to her own family members and that too from the house of a dignified advocate cannot be termed as having been done in routine process of arresting an accused in performing the official duty but it is evidently an act of personal grudge and hostile attitude towards the lawyer which is being seen repeatedly in last few years by Delhi Police,” Kaushik said.

The bench was shocked at how the police could break open the house of an advocate, that too when the high court had granted interim protection.

“According to the order, no step should be taken against the petitioner. What is all this? How can they take the law into their hands? We want you to register an FIR immediately… What is the dispute? This is absurd. Call the officers now,” the bench said and sent calling for IO Naresh and the DCP.

When the IO came before the bench, he admitted making forcible entry into Saini’s house.

The DCP assured that the erring cops would be suspended. Meanwhile, post-lunch, the DHCBA observed a flash strike.

The Delhi High Court Bar Association (DHCBA) on Tuesday struck work post-lunch to protest against the police action of forcibly breaking open the house of an advocate and manhandling a senior woman advocate on charges of stalking.

While the DHCBA struck work and passed a resolution condemning the unfortunate incident, Investigating Officer Naresh Kumar and others involved in the incident face suspension after the lady advocate, with over 35 years standing at the Bar, moved court against Monday’s incident. Her advocate Avadh Kaushik expressed shock over “a lady advocate being harassed by police for stalking”.

The DHCBA also passed a resolution that read, “An emergent meeting was called at 11.30 am on Tuesday where the executive committee of the Delhi High Court Bar Association discussed the shocking and unfortunate incident...