Political agenda of an individual or a political party should not be subversive of rule of law: Supreme Court 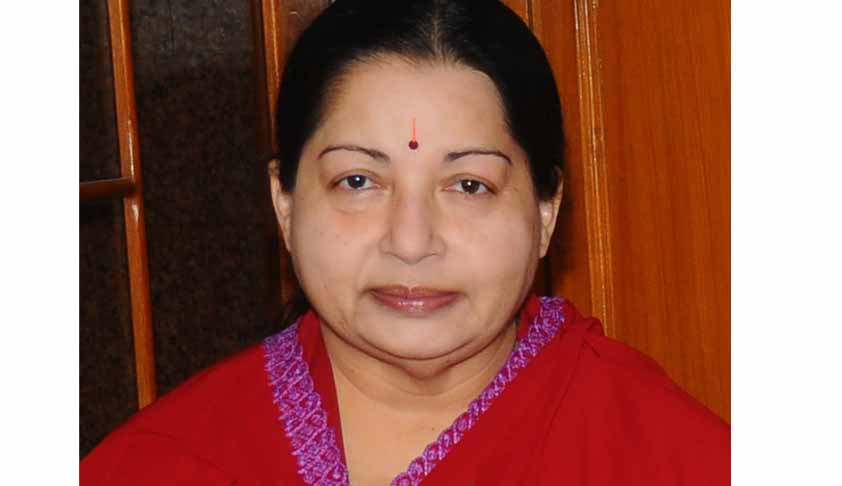 Subscription starts from
₹ 599+GST
(For 6 Months)
View Plans
Premium account gives you:
Subscribe Now
Already a subscriber?
Login
Hearing a Writ Petition on Monday,the Apex court held that the removal of the Public Prosecutor G Bhavani Singh,in the disproportionate assets case against Tamil Nadu Chief Minister Jayalalithaa, is not sustainable in the eyes of law. The Court referred the matter to the High Court of Karnataka to decide on the administrative side as to whether to conclude the trial expeditiously as guaranteed under Article 21 of the Constitution.

The petition challenged the order passed by the Karnataka Government asking G Bhavani, Special Public Prosecutor (SPP) in a pending prosecution against the petitioners, not to appear in the said matter. In the instant case,a prosecution was launched against the petitioner (J. Jayalalitha) for having assets disproportionate to the known income in the year 1996-1997 in Tamil Nadu. The petitioner moved the court for transferring the petitioners’ trial to the neighboring State of Karnataka in the interest of justice, on the ground that a fair trial was not possible in the State of Tamil Nadu. The court ordered the transfer of case and issued directions for the appointment of the SPP. The  Acting  Chief  Justice  of  Karnataka  High  Court  recommended  the  name  of  Shri  G Bhavani Singh, for appointment though his name was not submitted by the Government of Karnataka. The Government of Karnataka accepted  the  same  and  issued  a  Notification  appointing  Shri  G Bhavani  Singh  as  SPP. On 26th August, 2013, the Government of Karnataka issued a Notification withdrawing the appointment as SPP without assigning any reason and without consulting the Chief Justice of Karnataka High Court.

Aggrieved by the order, the petitioner approached the Apex Court challenging the removal by filing a Writ Petition under Article 32 of the Constitution of India. Shekhar Naphade and U U Lalit, senior counsels appearing for the petitioners, submitted that “the  order  withdrawing  the  appointment  of G Bhavani as SPP is a calculated step to protract the trial in view of  impending  retirement of the learned  Special Judge and any Judge who takes over the matter would require considerable time to get familiar with the lengthy record.” They alleged that the withdrawal of appointment of SPP after six months of his functioning is motivated by malafides with a view to protract the trial.

The Bench headed by Justice B S Chauhan and Justice S A Bobde opined that, “though there is an undoubted power with the Government to withdraw or revoke the appointment within Section 21 of the General Clauses Act, but that exercise of power appears to be vitiated in the present case by malafides in law in as much as it is apparent on record that the switch-over of government in between has resulted in a sudden change of opinion that is abrupt for no discernable legally sustainable reason. The sharp transitional decision was an act of clear unwarranted indiscretion actuated by an intention that does not appear to be founded on good faith.”

Citing the case of State of Tamil Nadu v. K Shyam Sunder, where the Court has observed that the “Government has  to  rise  above  the  nexus  of  vested  interests  and  nepotism  and eschew  window-dressing.  The principles of governance have to be tested on the touchstone of justice, equity and fair play.” Therefore, unless it is found that the act done by the authority  earlier  in  existence  is  either  contrary  to  the  statutory provisions  or  unreasonable,  or  is  against  public  interest,  the  State should not change its stand merely because the other political party has come into power. Political agenda of an individual or a political party should not be subversive of rule of law.”

The Bench held that , “it is evident that the State Government is competent to appoint  the  learned  Special  Judge  on  contractual  basis  after  his retirement for the period required to conclude the present trial, though with the consultation of the High Court as required under Article 235 of the Constitution. Further, in our humble opinion, such a course must be adopted in the manner prescribed under the Rules 2004 and in view thereof, the matter requires to be considered by the State Government with the consultation of the High Court” and directed the matter to the High Court of Karnataka to take a decision in this regard as early as possible.