Political Will Vs. Constitutional Will 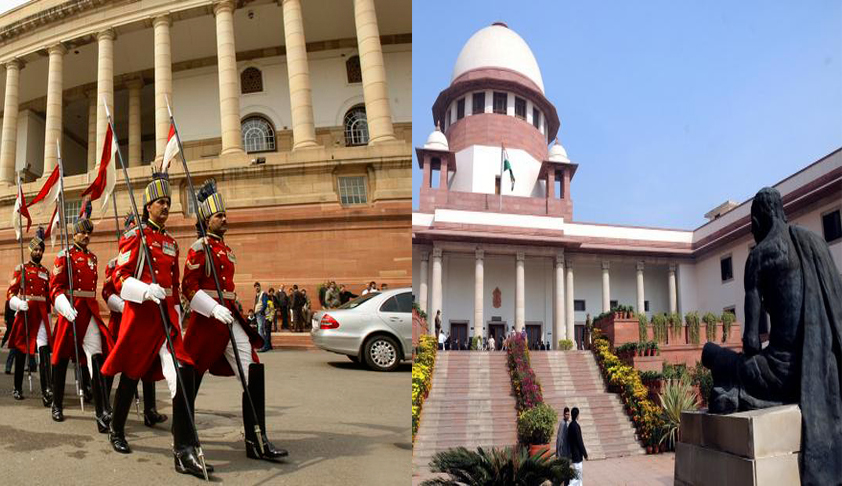 “The only stable State is the one in which all men are equal before the law.” - AristotleIndia is a Socialist, Secular, Democratic, Republic State. The founding fathers of our Constitution wanted rule of law to prevail and visualised that our country would march ahead and become an idealistic nation. Democracy and federalism are essential features of our Constitution and are part of...

“The only stable State is the one in which all men are equal before the law.” - Aristotle

India is a Socialist, Secular, Democratic, Republic State. The founding fathers of our Constitution wanted rule of law to prevail and visualised that our country would march ahead and become an idealistic nation. Democracy and federalism are essential features of our Constitution and are part of its basic structure as held in S. R. Bommai and Others v. Union of India and Others. Democracy in subtle and simple terms means a system of Government by the whole population or all the eligible members of a State, typically through elected representatives. Hence, India, as a State is to be governed by elected representatives. In other words, it is the Will of the people that rules India and is supreme to none all.

Here, the milestone judgment in His Holiness Kesavanantha Bharati v. State of Kerala, assumes much importance. A Bench of thirteen Judges (though not unanimously) held that basic structure of Constitution is immune from amendment. In short, the Will of the People, cannot alter the basic structure of our Constitution. The said judgment was a democratic victory of its people; the people of India. The spirit of freedom, the essence of democracy as envisioned by the founding fathers of our Constitution, was thus, meant to be preserved and protected. Was it because, our Supreme Court felt that if unbridled power is given to amend the Constitution, it would be a peril to the essence of freedom of its citizens? I feel so. Thus, it can be said that it was the Constitution, that was Supreme and the Will of the people was only second to it.

Now, Supreme Court has become the seat of power and good governance. As ideologies in politics change, the interest of the people or the country is given least importance. Corruption and mal-administration takes its toll. Thus the Will of People, fails to act. Thus Supreme Court has no other choice, but to come forward and ensure that rule of law prevails.

Examples aplenty - we have the famous Vishaka case, in which Supreme Court laid down in categorical terms, the guidelines to be followed in cases of sexual harassment of women in workplace. Though the directions were laid down in 1997, it took more than 15 years for the Will of the People to enact a law, Sexual Harassment of Women at Workplace (Prevention, Prohibition and Redressal) Act, 2013, to give justice to the victims of sexual harassment. Supreme Court has been issuing directions in many issues to ensure good governance. A few recent instances where the Supreme Court stepped in and happened to issue directions are in the matter curbing eve teasing, DIG v. Samuthiram for eradication of bonded labour, Public Union for Civil Liberties v. State of Tamil Nadu, for improving basic facilities in Schools, Environmental and Consumer Protection Foundation v. Delhi Administration, or in the matter of prevention of cruelty to animals, Animal Welfare Board of India v. A. Nagaraja, 2010 KHC 5068; in conservation and preservation of forests, T. N. Godavarman Thirumulpad case etc. could be cited as examples. Hence, when there is lack of proper governance, the Supreme Court interferes and fills up the lacuna. Thus Supreme Court delivers what the Will of people failed to deliver.

For the year 2013, the Will of the people (Legislative Assembly) in Kerala State met for hardly 40 days. An estimated amount of 67 crores is said to have been spent for the said purpose alone. The story at Centre is no different. What should be done to them for having squandered the promise they have given to us while they were elected to power? Should they not be held accountable for having failed to deliver? A time has come where Writ Courts start to monitor and ensure smooth functioning of the ‘Will of the people’ as in the case of monitoring of investigation like that of 2G scam cases by the Supreme Court. Let’s wait and watch.

Having said that, the Courts must also ensure that the orders passed by it are implemented. What happened to the directions of the Supreme Court to remove dark films on glasses of vehicles? Hon’ble Supreme Court on 27/04/2012 (Avishek Goenka v. Union of India) had held that tinted films cannot be used on vehicles. Soon thereafter, on 03/08/2012 directions were issued to the law enforcing authorities to ensure that the order of the Supreme Court is complied with. The sad state of affairs is such that even today we can see many vehicles happily plying on the roads with tinted films on its glasses. It is forgotten that Courts as well as Authorities have duty to ensure the orders of the Supreme Court are complied with. Such instances are neither ecstatic nor euphoric. Either, Court should not pass orders which are not capable of being implemented or it should pass orders and ensure that it is implemented. If what Aristotle said is true, we are moving from a stable State to an unstable one, which could invite disastrous consequences, lest the Courts play its role and act as a pillar to support democracy and sustain rule of law.

Every year many new laws are enacted. How much ever new laws are enacted still there are dearth of laws. Hon’ble High Court in Prema v. State of Kerala had held that “Though there are several enactments to protect interests of children, there is no provision which makes sale of children an offence. Recommendations of Law Commission in its 146th report making provisions for punishment of selling of woman or minor, need to be addressed and deserve immediate attention.” Further, in Shalu Menon v. State of Kerala, 2013 (3) KHC 317 Hon’ble High Court has ruled that instances of massive cheating and fraud have become a recurring feature in the State of Kerala over the last few years. It was further held that many of the provisions of Penal Code relating to deception based offences are too specific, overlapped and, perhaps, even outdated. Court thus opined that a flexible law of fraud with clear, and effective and stringent penal provisions capable of combating increasing sophistication of fraudulent activity has to be brought in force without any delay. Court finally mooted for an enactment of a separate legislation to curb fraudsters. Let’s hope that our legislators would do the needful and fill in the vacuum.