The Politics Of Judicial Appointments 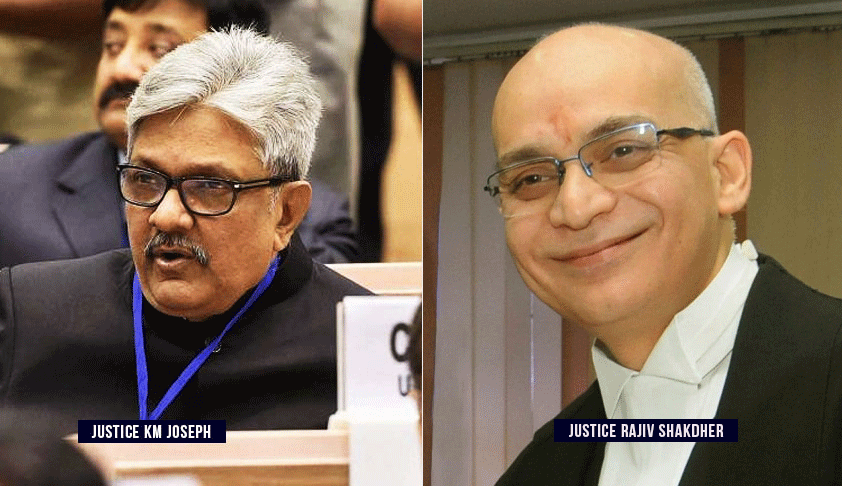 “It is perfectly possible to pervert the Constitution, without changing its form, by merely changing the form of the administration and to make it inconsistent [with] and oppose to the spirit of the Constitution.” -Dr BR AmbedkarTwo remarkable judges delivered judgments which were path-breaking, but both paid the price for courage under the fire of the Executive. One of the judges...

“It is perfectly possible to pervert the Constitution, without changing its form, by merely changing the form of the administration and to make it inconsistent [with] and oppose to the spirit of the Constitution.” -Dr BR Ambedkar

Two remarkable judges delivered judgments which were path-breaking, but both paid the price for courage under the fire of the Executive. One of the judges was transferred to the Madras High Court. The second judge is now being objected to by the government to be brought to the Supreme Court. Justice Rajiv Shakdher delivered the judgment in the Priya Pillai (2015) case, which broke far more ground than the Supreme Court’s decision in Maneka Gandhi (1978). It was held that human rights activist Ms Pillai's right to travel abroad could not be curtailed by a government whose views were diagonally opposed to hers.

The second judgment was delivered by Justice KM Joseph, who in 2016, struck down the hastily imposed President’s Rule in Uttarakhand. Echoing the sentiment of the Supreme Court’s SR Bommai (1994) judgment, Justice Joseph wrote:

“The Government, when it takes action under Article 356, is expected to be completely non-partisan but the centre had imposed President’s Rule contrary to the law laid down by the Apex Court.”

Unlike many judgments, which were delivered long after the event and reduced to mere pious sentiment, these two judgments came in with the requisite expedition to grant meaningful relief. Governments are never pleased with this. They would rather have the judgments come long after the fruits of political expediency are reaped.

The vice of President’s Rule in the States has a long history of abuse and debilitating democratic mandates. Ambedkar had to pacify members of the Constituent Assembly about the dangers of President’s Rule abrogating democratic verdicts by promising “we ought to expect such articles will never be called into operation and that they remain a dead letter”. But that was not to be. Its use against the Communist Government in Kerala in the year 1959 is undoubtedly questionable. Post Nehru, its use has been rampant with every Central Government of every political hue abusing this power to appease the State party apparatchiks. The Janta Party, which came to power in 1977, contra all the lofty principles espoused abused the system under the spurious argument that in view of the Lok Sabha result in 1977, the states governments run by Congress had lost their mandate. Under the BJP Central rule, Mayawati's government was axed.

But constitutional morality is not a virtue in politics. And those judges upholding it run a risk. The transfer of Justice Rajiv Shakhder and the government’s refusal to accept the collegiums verdict of KM Joseph are continuation of the naked politics and its nebulous role in the process of judicial appointments.

The fate of independent and meritorious judges being sacrificed for appeasing political constituencies is nothing new. It has a long history. Justice HR Khanna, Justice VS Malimath, Justice ML Pendse are just some of the names. The recent episode in the Bombay High Court is a serious cause for concern.

The emasculation of the judiciary’s independence is being witnessed in many developing nations: Turkey (2016), Maldives (2018), Bangladesh (2018), and Pakistan where unbridled political interference year commenced in 1959 and continues till date. Contemporary history has also demonstrated that with the erosion of the independence of the judiciary, the inevitable corollary is the destruction of democracy itself.

It is now for the collegium which is adequately empowered under the 1993 SCAORA judgment and the 2015 NJAC verdict to assert its viewpoint in the interest of the judiciary, its independence and for democracy itself. It’s worth joining this issue as the stakes are very high. For, after all, India is the most enduring experiment on constitutional democracy in post-colonial history. Santosh Paul is an advocate at Supreme Court of India. He is the author of books Choosing Hammurabi: Debates On Judicial Appointments (LexisNexis) and NJAC Verdict: Forging Independence And Accountability ( LexisNexis). He is also the Editor of SCBA Times]