A Power of Attorney holder can file a Complaint U/S 138 NI Act, but it must be specifically pleaded and supported by documents : SC [Read the Judgment] 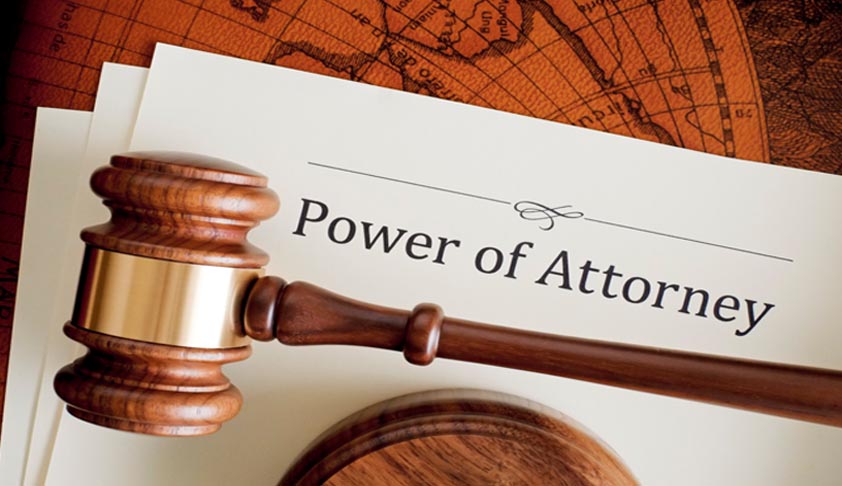 The Supreme Court of India while hearing two appeals has adjudged that a Power of Attorney holder can file a Complaint U/S 138 NI Act, but it must be specifically pleaded and supported by documents.In a common judgment delivered for two appeals involving the same question of law, Justices Mukhopadhyay and Bobde addressed the cases wherein in the first,  a person who was Vice Chairman...

The Supreme Court of India while hearing two appeals has adjudged that a Power of Attorney holder can file a Complaint U/S 138 NI Act, but it must be specifically pleaded and supported by documents.

In a common judgment delivered for two appeals involving the same question of law, Justices Mukhopadhyay and Bobde addressed the cases wherein in the first,  a person who was Vice Chairman and Managing Director of a company had collected  various  amounts from various persons in the form of loans and in consideration thereof issued post-dated cheques either in his personal capacity or as the signatory of the Company which got dishonoured. Against this, criminal complaints were made by Mrs. Mrs. Doreen Shaikh, who was the Power of Attorney holder of six companies. She had also verified the complaints he had made.

Thereafter, summons were issued against the Managing Directory by the Additional Chief Metropolitan Magistrate under Section 204 of CrPC for offence punishable under Section 138 and 142 of the Negotiable Instruments Act.

The Managing Director had then challenged the summons before the Trial Court and High Court but his applications were dismissed. As a result, the case reached the Supreme Court.

In the other case, the appellant was a person who was acquitted by the Trial Court but the High Court had set aside the judgment of the Trial Court and sentenced the  appellant  to  pay  a  fine  of  Rs. 6,10,000/-.

The appellant G. Kamalakar had become liable to pay Rs. 7,21,124/- to a share trading company, for which he had issued post-dated cheques but they all bounced.

Thereafter, the Board of Directors of the share trading company authorized the Managing Director to appoint an agent to represent the company and the same was done.

However, the case filed by the company under Section 138 was dismissed by the Metropolitan Magistrate. However, the judgment of the Trial Court was set aside by the High Court and it went on to impose a fine, which was to be paid to the share trading company as compensation.

Relying on the three judge bench judgment delivered by the Apex Court in A.C. Narayanan vs. State of Maharashtra, 2013 (11) SCALE 360, wherein the Court had said, “we are of the view that the power of attorney holder may be allowed to file, appear and depose for the purpose of issue of process for the offence punishable under Section 138 of the N.I. Act. An exception to the above is when the power of attorney holder of the complainant does not have a personal knowledge about the transactions then he cannot be examined.”

The Supreme Court noted that in the first case, “Magistrate had taken cognizance of the complaint without prima facie establishing the fact as to whether the Power of Attorney existed in first place and whether it was in order.” As no power of attorney was found to be part of the record, the Supreme Court said, “we hold that the Magistrate wrongly took cognizance in the matter and the Court below erred in putting the onus on the appellant rather than the complainant. The aforesaid fact has also been overlooked by the High Court while passing the impugned judgment dated 12th August, 2005.” As a result, the proceedings against the Managing Director were quashed.

Regarding the other case, the Court observed, “Managing Director and Director are authorized persons of the Company to file the complaint by signing and by giving evidence. At best the said persons can nominate any person to represent themselves or the Company before the Court. In the present case one Shri Shankar Prasad employee of the Company signed the complaint and the Deputy General Manager of the Company i.e. PW-1 gave evidence as if he knows everything though he does not know anything. There is nothing on the record to suggest that he was authorized by the Managing Director or any Director. Therefore, Magistrate by judgment dated 30th October, 2001 rightly acquitted the appellant.”

You may read more of our coverage on Section 138 of Negotiable Instruments Act here.