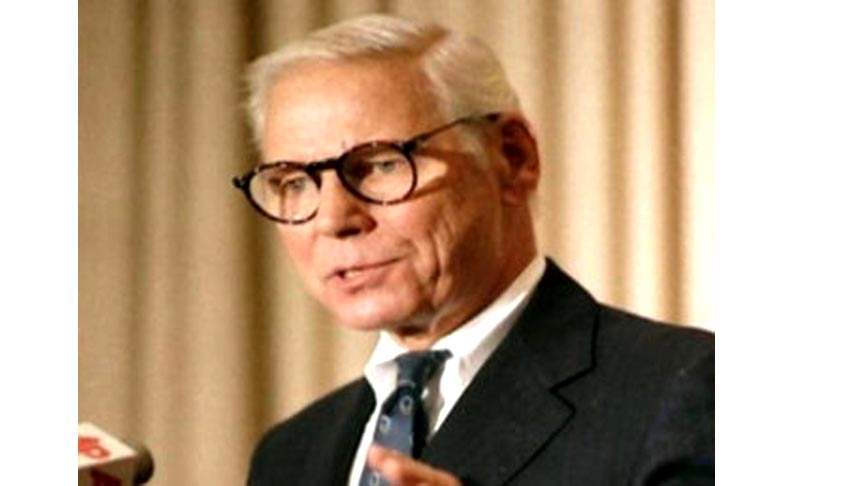 Wanted in India for the Bhopal Gas Tragedy that shook the country in 1984, the former CEO of Union Carbide, Warren Anderson is now dead.

He died aged 92, at a nursing home in Vero Beach, Florida on September 29, 2014. Reportedly, his family did not announce his death and the same could be known only after going through the public records.

After the gas tragedy, Anderson had reached India after four days, was arrested but got bail. He never returned to face any trial in India. He was also labelled ‘absconding’ by the Chief Judicial Magistrate of Bhopal on February 1, 1992, for failing to appear at the court hearings.

It was during his tenure that Union Carbide’s plant leaked the deadly gas resulting in 3,787 deaths as per government records. The leakage caused injuries to more than half a million persons, with many dying from illnesses, including lung cancer, kidney failure and liver disease.

However, Union Carbide had paid USD 470 million to the Indian government in 1989 to settle the matter and end the litigation. Indian government had in the past made multiple requests for his extradition, but the same were rejected citing lack of evidence. The Courts also issued regular arrest warrants. Till date, there is a demand in the public regarding justice for the Gas tragedy victims.

It was around midnight on December 2-3, 1984 that the city of Bhopal witnessed its worst disaster till date, when gas leaked from the Union Carbide’s insecticide making plant. In its defence, the Union Carbide Corporation had claimed sabotage and said that it owned only 51 percent of the company and that the locals were responsible for oversight at the plant.

Mr. Anderson was a smart businessperson and climbed up the corporate ladder at Union Carbide. It was under his leadership that the Union Carbide made its presence in more than 36 countries with over 700 plants. In addition, a trained fighter pilot, Mr. Anderson joined the Corporation as a salesman but went all the way to lead it. He also had a law degree from Western Reserve University (now Case Western Reserve) in 1956.

However, his death, without going through the justice delivery system in India, has really raised the questions, especially in the minds of victims of the horrific tragedy about the “justice delivery mechanism”.