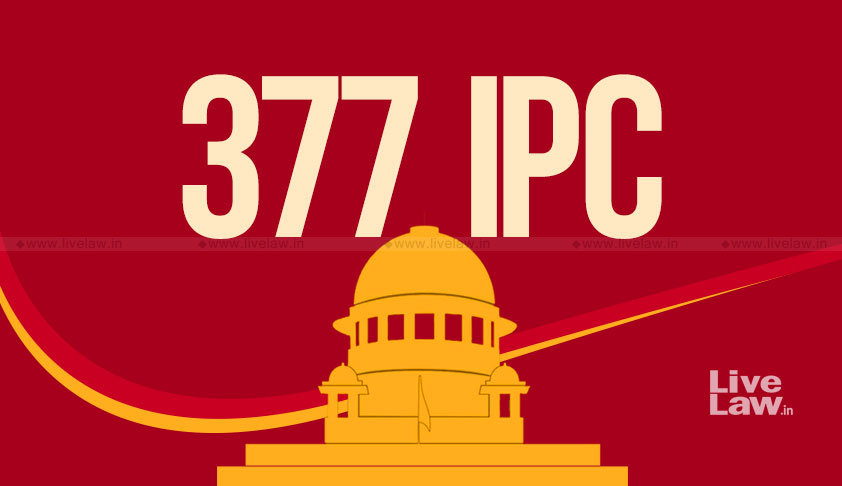 During the hearing of the right to privacy matter, Justice Chandrachud had observed orally that if privacy is accepted as a fundamental right, then the Supreme Court’s judgment in Naz Foundation (upholding constitutional validity of Section 377 IPC) will not be a good law. Now authoring his judgment on behalf of Justices Khehar, Agarwal and Abdul Nazeer as well, Justice Chandrachud has in very clear terms expressed that the ratio behind Suresh Koushal is incorrect. To quote from Para 123, 124 and 128 of his judgment –

“The decision in Koushal presents a de minimis rationale when it asserts that there have been only two hundred prosecutions for violating Section 377. The de minimis hypothesis is misplaced because the invasion of a fundamental right is not rendered tolerable when a few, as opposed to a large number of persons, are subjected to hostile treatment. The reason why such acts of hostile discrimination are constitutionally impermissible is because of the chilling effect which they have on the exercise of the fundamental right in the first place.”

“Hence the Koushal rationale that prosecution of a few is not an index of violation is flawed and cannot be accepted. Consequently, we disagree with the manner in which Koushal has dealt with the privacy – dignity based claims of LGBT persons on this aspect.”

However, Justice Chandrachud also noted that the challenge to Section 377 is pending consideration before a larger Bench of this Court and left the constitutional validity to be decided in an appropriate proceeding.

"The view in Koushal that the High Court had erroneously relied upon international precedents “in its anxiety to protect the so-called rights of LGBT. persons” is similarly, in our view, unsustainable. The rights of the lesbian, gay, bisexual and transgender population cannot be construed to be “so-called rights”. The expression “so-called” seems to suggest the exercise of a liberty in the garb of a right which is illusory. This is an inappropriate construction of the privacy based claims of the LGBT population. Their rights are not “so-called” but are real rights founded on sound constitutional doctrine. They inhere in the right to life. They dwell in privacy and dignity. They constitute the essence of liberty and freedom. Sexual orientation is an essential component of identity. Equal protection demands protection of the identity of every individual without discrimination", he said.

In his concurring judgment in Para 80, Justice S.K.Kaul approved the view taken by Justice Chandrachud in no unclear terms –

"While considering the evolution of Constitutional jurisprudence on the right of privacy he has referred to the judgment in Suresh Kumar Koushal Vs. Naz Foundation. In the challenge laid to Section 377 of the Indian Penal Code before the Delhi High Court, one of the grounds of challenge was that the said provision amounted to an infringement of the right to dignity and privacy. The Delhi High Court, inter alia, observed that the right to live with dignity and the right of privacy both are recognized as dimensions of Article 21 of the Constitution of India. The view of the High Court, however did not find favour with the Supreme Court and it was observed that only a miniscule fraction of the country’s population constitutes lesbians, gays, bisexuals or transgenders and thus, there cannot be any basis for declaring the Section ultra virus of provisions of Articles 14, 15 and 21 of the Constitution. The matter did not rest at this, as the issue of privacy and dignity discussed by the High Court was also observed upon. The sexual orientation even within the four walls of the house thus became an aspect of debate.

I am in agreement with the view of Dr. D.Y. Chandrachud, J., who in paragraphs 123 & 124 of his judgment, states that the right of privacy cannot be denied, even if there is a miniscule fraction of the population which is affected. The majoritarian concept does not apply to Constitutional rights and the Courts are often called up on to take what may be categorized as a non-majoritarian view, in the check and balance of power envisaged under the Constitution of India. Ones sexual orientation is undoubtedly an attribute of privacy

Although, the Bench affirmed the LGBT rights holding that the judgment in Naz Foundation does not hold the field as per view taken by the privacy bench unanimously but the direct view taken by Justice Chandrachud for himself and 3 other judges and Justice Kaul (making it total 5) makes it abundantly clear that Section 377 needs to be struck down as per settled law now.