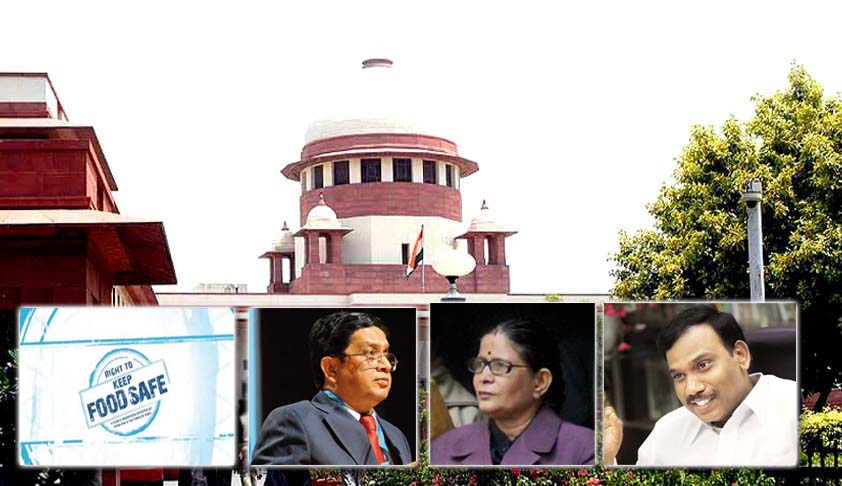 Centre for Public Interest Litigation, a Non-Governmental Organisation which is known of filing Public Interest Litigations in Apex Court and other High Courts highlighting issues involving national interest and those affecting common man, is in news, this time, for a different reason. Last week, the CJI, while hearing a fresh PIL filed by CPIL challenging the grant of 4G spectrum licenses...

Centre for Public Interest Litigation, a Non-Governmental Organisation which is known of filing Public Interest Litigations in Apex Court and other High Courts highlighting issues involving national interest and those affecting common man, is in news, this time, for a different reason. Last week, the CJI, while hearing a fresh PIL filed by CPIL challenging the grant of 4G spectrum licenses to Reliance Jio Info comm Ltd, is reported to have told Prashant Bhushan that 50 PILs have been filed by the CPIL over the years, but it was of the impression that the NGO “did not have any credible mechanism to verify the information which formed the basis for filing the PILs”.  In reply the CPIL filed detailed written submission explaining the working of CPIL. In the landmark 2G Judgment the role of CPIL was acknowledged and appreciated  by the Supreme Court .Here is a list of 20 Significant PILs filed by CPIL

Prior to 1995, the Minister of Petroleum in exercise of his discretion had been allotting retail outlets for petroleum products, LPG dealership and SKO dealership, without having any prescribed norms. CPIL, filed Public Interest Litigation in Supreme Court praying that guidelines to regulate the exercise of discretion in the matter of such allotment, which results in exercise of the discretion arbitrarily be fixed.

The Court issued a set of guidelines for discretionary allotment of petroleum products agencies to ensure that the exercise of discretion in making such allotments are in conformity with the rule of law and by excluding the likelihood of arbitrariness and minimising the area of discretion.

This Petition was filed by CPIL challenging the appointment of Neera Yadav as the Chief Secretary of Uttar Pradesh despite there being several corruption cases pending against her. She was ordered to be removed from the post of the Chief Secretary by the Court vide judgment reported in (2005) 8 SCC 202.

The Delhi High Court had refused to entertain the writ petition filed by CPIL for a court monitored investigation by the Central Bureau of Investigation or a Special Investigating Team into what has been termed as ‘2G Spectrum Scam’ for unearthing the role of respondent No.5-Shri A. Raja, the then Union Minister for the Department of Telecommunications (DoT), senior officers of that department, middlemen, businessmen and others. The CPIL preferred appeal in Supreme Court.

Three Judge Bench of Supreme Court directed the CBI to conduct the investigation without being influenced by any functionary, agency or instrumentality of the State and irrespective of the position, rank or status of the person to be investigated/probed.

CPIL preferred a Writ petition for constituting an independent Expert/Technical Committee to evaluate the harmful effects of soft drinks on human health, particularly on the health of the children, and also for a direction to Union of India to put in place a regulatory regime which could control and check the contents in a particular chemical additive in foods, including soft drinks. Further, direction was also sought for against respondent no. 1 to make it mandatory for the soft drinks

The Supreme Court held that any food article which is hazardous or injurious to public health is a potential danger to the fundamental right to life guaranteed under Article 21 of the Constitution of India. A paramount duty is cast on the States and its authorities to achieve an appropriate level of protection to human life and health which is a fundamental right guaranteed to the citizens under Article 21 read with Article 47 of the Constitution of India. The Court also directed the Food and Safety Standards Authority of India, to gear up their resources with their counterparts in all the States and Union Territories and conduct periodical inspections and monitoring of major fruits and vegetable markets, so as to ascertain whether they conform to such standards set by the Act and the Rules

CPIL and Dr. Subramanian Swamy challenged Section 6A of Delhi Special Police  Establishment Act which provides for obtaining the previous approval of the Central Government for conduct of any inquiry or investigation for any offence alleged to have been committed under the Prevention of Corruption Act, 1988 where allegations relate to officers of the level of Joint Secretary and above.

Three judge Bench of Supreme Court held that Section 6- A(1), which requires approval of the Central Government to conduct any inquiry or investigation into any offence alleged to have been committed under the PC Act, 1988 where such allegation relates to (a) the employees of the Central Government of the level of Joint Secretary and above and (b) such officers as are appointed by the Central Government in corporations established by or under any Central Act, government companies, societies and local authorities owned or controlled by the Government, is invalid and violative of Article 14 of the Constitution.

9. 2015: Misusing of funds through Advertisements

CPIL approached Supreme Court in 2004 seeking directions and guidelines to check the misuse of thousands of crores of public funds which is taking place at the hands of the Central government, the State Governments, and the agencies and corporations controlled by them and by other public bodies, by means of advertisements issued in the print and electronic media which are being used to project personalities, political parties and particular governments. Petition has been allowed with specific directions to the Government for stopping misuse of public funds on such advertisements.

1. In CPIL vs Union of India (WPC 16 of 2011) CPIL filed a petition requesting  that all intercepted conversations of Ms. Niira Radia be put in public domain since they show criminality, influence of corporates in formulating public police. Supreme Court in an interim order directed the CBI to conduct preliminary inquiries on the basis of the petition filed by the CPIL

2. In CPIL v Registrar General of the High Court of Delhi, WP (C) 514/201, entire selection process and evaluation method adopted in Main (Written) Examination of Delhi Judicial Service, 2014 (DJS) was challenged on the grounds of being unreasonable, arbitrary and hence, in violation of Article 14 of the Constitution. The Court ordered for re-evaluation of the papers of those candidates who were successful in preliminary examination but were not called for interview.

3. CPIL V. Housing and Urban Development Corporation &ors, CWP No. 573 of 2003, was filed by CPIL to bring to the notice of Supreme Court the action of the Officials of HUDCO in arbitrarily granting loans for political and extraneous considerations without going in to the merit of each case and even ignoring prescribed / established procedures, appraisal norms and financial prudence including the advice of Board members.  The Court had referred the matter to the CVC for investigation and the CVC had submitted detailed report.

4. In CPIL V. UOI & ors CWP No. 180 of 2004    , CPIL challenged the constitutionality of the Presidential Order 1950 according to which only the members of scheduled castes from Hindu, Buddhist and Sikh religions are benefitted and the converts from Christianity/Islam are denied the benefits. The matter was referred by the Government to Justice Ranganath Mishra Commission in 2005. The Commission has submitted its report before the Court supporting the P’s prayers.

5. In CPIL v UOI, WP (C) 505 of 2012, the accountability of the government’s three intelligence agencies namely Intelligence Bureau (IB), Research and Analysis Wing (RAW) and National Technical Research Organisation (NTRO) which have been created by simply executive orders without any statutory support, was questioned. It was also sought for to set up of a proper mechanism, following the models of other democratic countries, so that accountability of these government’s could be ensured. The Court has issued notice.

6. In CPIL v Union of India & ors. CWP No. 991/2013, CPIL sought for a thorough and independent investigation into allegations of various misdemeanours and breach of laws by M/s. Price water house coopers Pvt. Ltd and their various network Audit Firms operating in India sharing the brand name of Pwc and providing audit and advisory services.