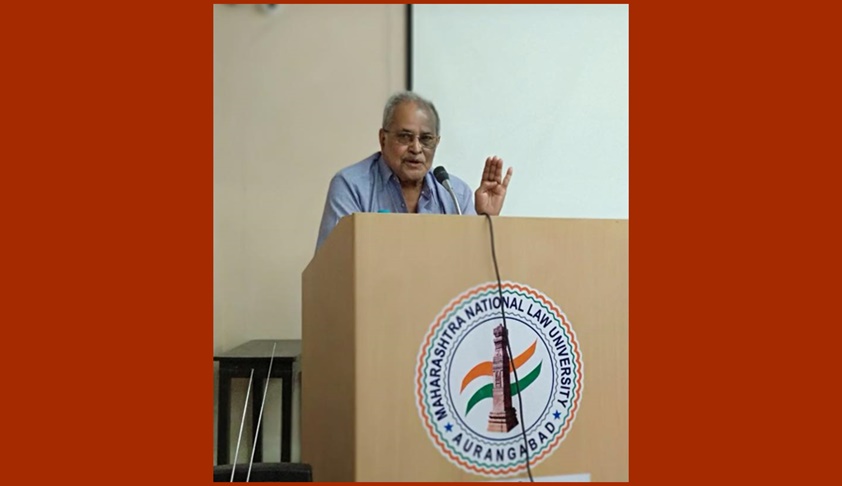 Prof. (Dr) A. Lakshminath has been an academician for over five decades and has done substantial research in the areas of Constitutional law, jurisprudence and human rights. He has authored 10 books, over a 100 articles and edited seven law journals. He is a visiting faculty for many institutions of excellence. He was Dean, Faculty of Law, Andhra University, and Nagpur University. He was a member of the Boards of Studies in Law in several universities and was the Chairman, Boards of Studies in Law in Andhra University and Nagpur University. He has successfully guided 77 scholars out of whom, 74 were awarded Ph.D. degrees in law and three were awarded LL.D. degrees. He was Chief Co-coordinator and Senior Consultant in World Bank, national and state-sponsored projects. He was Project Director for the National Human Rights Commission`s Human Rights Literacy Program. He was Senior Consultant for Projects on good governance sponsored by Andhra Pradesh State Government.

He began the lecture by talking about legal education and its growth in India. He then spoke about innovation and how technology has entered every field, but not law, as justice is still delayed, despite the advancement in technology. He talked about the orthodox system of education which was prevalent at the time of Napoleon and the evolution of a search-based education system. He then discussed the importance of jurisprudence.

Subsequently, Prof. Lakshminath stated that knowledge is a systematic study of learning, which removes the confusion of the learners. He also delved into the meanings of ‘sovereignty’, ‘satya’ and ‘dharma’, before discussing the historical and philosophical schools of law. He further discussed the meanings of ‘definition’, ‘rule’, ‘law’ and ‘obligation’.