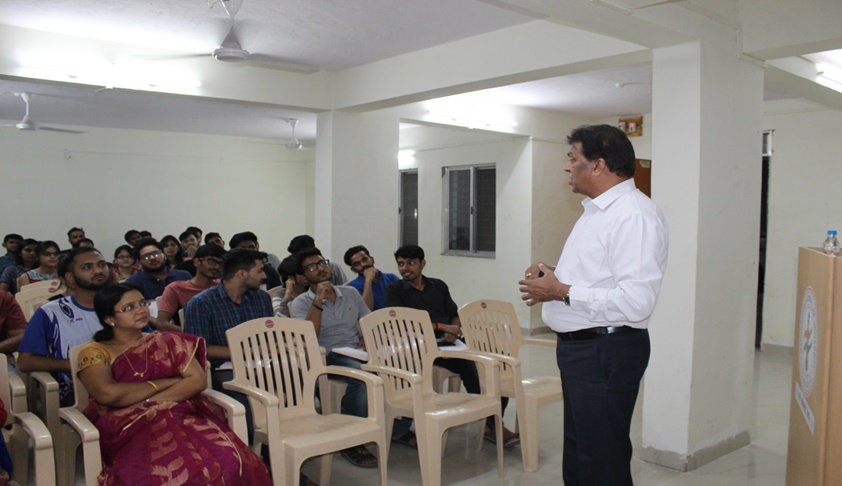 Prof Kesava Rao, with over 33 years of teaching experience, specializes in family law, law of evidence and law of insurance. He has worked at the Andhra University both as Professor of Law and Dean, Faculty of Law. He has also been the Principal of NBM Law College, Andhra University. Prof Rao was the Director of the Institute of Law and Ethics in Medicine at NLSIU (2002-03) and served Chanakya National Law University as the Registrar (2007-08).He is also a Visiting Professor at National Law University, Odisha.

He began his lecture by explaining the importance of the Law of Contracts in our daily lives. He then discussed with the students the basic concepts of Contracts and Indian Contract Act, 1872. He informed that the word originated from the Latin word ‘contractum’, and then moved on to the explanation of the term ‘agreement’.

Prof. Rao then continued by differentiating between contracts and agreement. Further, he stated the essentials of agreement and types of contracts. He further explained about unenforceable contracts and how an acceptance, even if obtained under force, could make contract on the option of the aggrieved party. He further discussed the formation of contract.

He concluded by quoting - “Any knowledge that you possess today would be your asset in future,” thus, encouraging the students to read and learn as much as they can in a Law School. The lecture was an altogether interactive session.