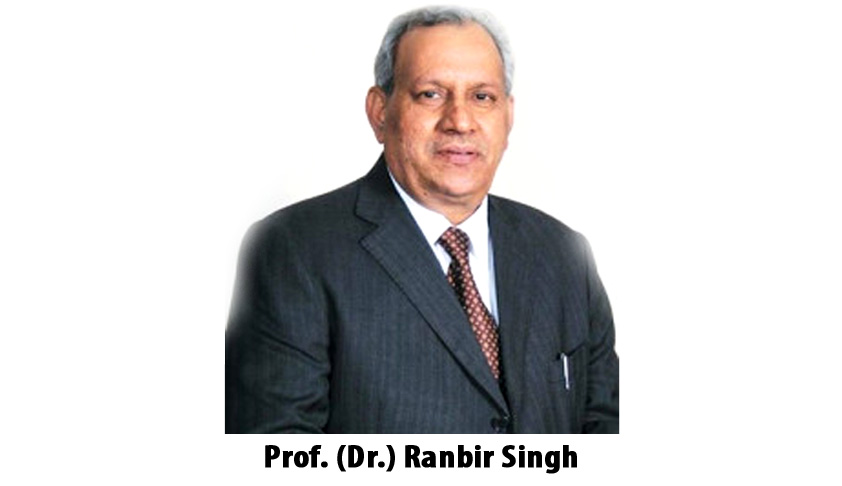 Vice-Chancellor, of NLU-Delhi Prof. (Dr.) Ranbir Singh, has been elected as the President of Association of Indian Universities.

So far in his legal journey he was the Vice President, AIU.

The VC of the NLU-Delhi states that, “We need to churn out students who will be professionally competent, technically sound and socially relevant and those who will not only enter their respective professions but also be equipped to address the imperatives of the new millennium and uphold the promise which we made in our Constitution”

He was a professor at National Law School of India University, Bangalore between the sessions of 1996-1997. He also taught at NALSAR Hyderabad till 2008.