Prof. Shamnad Basheer appointed as Honorary Research Chair Professor of the Centre for IPR, at Institute of Law, Nirma University 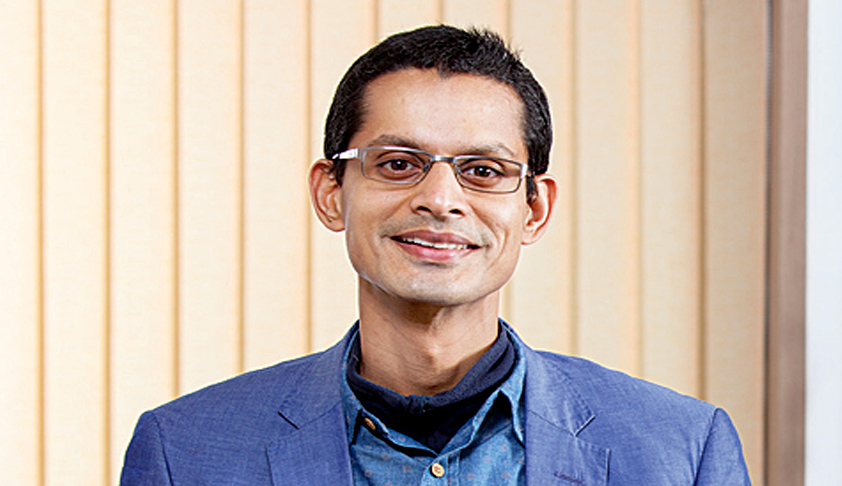 A facebook page of the Institute of Law, Nirma University announced recently that the illustrious Prof. Shamnad Basheer was appointed as the Honorary Research Chair Professor of the Centre for IPR, at Institute of Law, Nirma University.When asked about this appointment, Prof Basheer confirmed it to us via email and noted: “It's a great honour to be appointed to this position. I've been to...

When asked about this appointment, Prof Basheer confirmed it to us via email and noted: “It's a great honour to be appointed to this position. I've been to Nirma a couple of times in the past and was very impressed with their vision for legal education.”

Prof Purvi Pokhariyal who heads the institute of law is an outstanding legal leader and I look forward to working with her and her colleagues,” he added.

Prof Basheer however clarified that this appointment at Nirma is  an honorary position, where he is meant to provide critical strategic inputs to help shape the IP programme at Nirma. Owing to his health condition, he would only be visiting the institute a couple of times every semester.

Noting the lack of good clinical education programmes in India, Prof Basheer said: “I've been an ardent advocate of the fact that our law students don't get enough of clinical training whilst at law school to help them bridge the gap between the theory and practice of law. Nirma has been a pioneer on several fronts and is very keen on kick starting a good clinical education initiative for IP. This honorary chair professor position enables me to help them with that.”

This appointment of a leading IP scholar is likely to provide a significant boost to Nirma,  which has begun playing a pioneering role in the legal education space. Speaking to LiveLaw on an earlier occasion, Dr. Purvi Pokhriyal, Director, Institute of Law, Nirma University had noted, “ILNU gives lots of emphasis for overall development and so is always vibrant with number of activities for the holistic development of the students including developing amongst them leadership, planning and organizing skills. Most important ILNU is known for its discipline and attendance standard.” You may access full text of the interview here.

Prof. Basheer graduated from the National Law School of India University, Bangalore in 1999 and after a short stint in practice with leading IP law firm, Anand and Anand, migrated to academia. He began by teaching at the George Washington University law school in Washington DC before returning to India to take up the MHRD Chair Professor in IP at NUJS in 2008. He left NUJS in 2014.

Around the middle of this year, he resumed his academic association by signing on as a visiting professor of law at the MPP (masters in public policy) programme at the National Law School (NLS), Bangalore. “[T]his is a wonderfully pioneering programme initiated by Prof. Japhet. And has managed to attract some outstanding graduates from so many diverse disciplines. Given their backgrounds, the classes are extremely engaging and fulfilling for me as a teacher, as you get so many different perspectives and experience interdisciplinary in its true form. Particularly important for a subject such as IP which calls for an engagement with science, technology, history, economics, political science etc. Similarly, public health law calls for a serious engagement with fields as diverse as medicine, sociology, epidemiology and anthropology,” he said.

Reflecting on the 3 year vs 5 year law programme. Prof. Basheer believes that the MPP made him realize “what a great sin we committed by downgrading our 3 year law programmes...and missing out on students from diverse disciplines who might have greatly enriched our study of the law. ”

In an attempt to foster access to premier legal education for underprivileged groups, Prof. Basheer founded Increasing Diversity by Increasing Access (IDIA) in 2010. More than 50 students trained by IDIA made it through to the leading law schools in the country over these 5 years. This year, 5 IDIA scholars made the cut. You may read: CLAT – 2015: Meet Five IDIA Scholars who made history

Nothwitstanding these recent academic appointments, Prof Basheer intends to continue his work with IDIA, though in a less intensive manner. He noted: . “Given that we've just hired a President, I will be absolved of running the day to day operations and can focus on helping IDIA scale up more strategically and create more impact through our newer programmes such as CHAMPS,”

Highlighting Nirma’s support to IDIA, Prof Basheer noted: “I also have a huge soft corner for them (Nirma) as they were the first private law school to offer our underprivileged IDIA scholars a full scholarship. Two of our scholars are now studying there and doing quite well.

Prof. Basheer was awarded the prestigious Infosys Prize  in 2014 for his remarkable work on legal theory, legal practice and also legal education by a jury headed by Nobel Laureate Amartya Sen. You may read the LiveLaw story here.