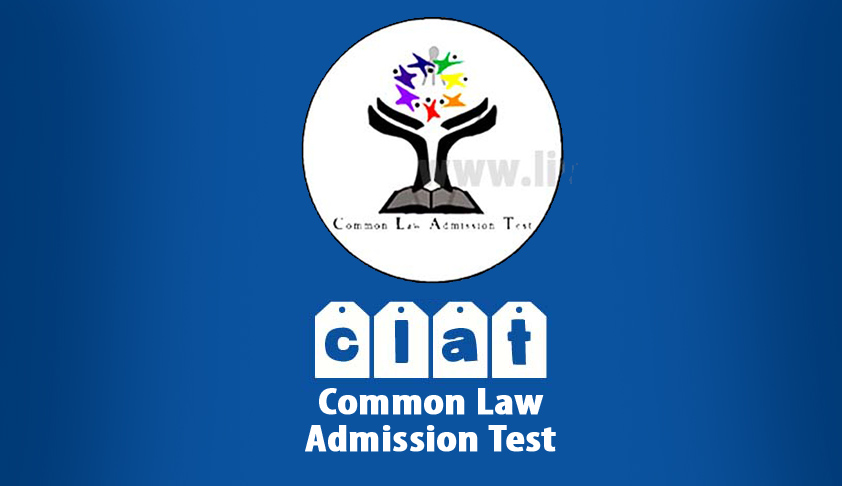 A two Jude Bench of the Supreme Court today issued notice to Union of India, Bar Council of India and Rajiv Gandhi National University of Law Patiala, on a PIL filed by Professor Shamnad Bahseer seeking to set up a permanent body to conduct the Common Law Admission Test (CLAT). The matter was heard by a bench of Justice Thakur and Justice Gopal Gowda. Senior Advocate K.K.Venugopal appeared...

A two Jude Bench of the Supreme Court today issued notice to Union of India, Bar Council of India and Rajiv Gandhi National University of Law Patiala, on a PIL filed by Professor Shamnad Bahseer seeking to set up a permanent body to conduct the Common Law Admission Test (CLAT). The matter was heard by a bench of Justice Thakur and Justice Gopal Gowda. Senior Advocate K.K.Venugopal appeared for Prof.Basheer.

Prof. Shamnad Basheer, a legal scholar of repute has filed the public interest litigation (PIL) seeking the immediate intervention of the Court against the opaque and inefficient implementation of the Common Law Admission Test (‘CLAT’) held every year for the purpose of admissions to Graduate and Post-Graduate programs in the discipline of law offered at the premier National Law Universities (NLUs) in India. The matter came up for admission on Monday before the CJI Dattu’s Bench. Chief Justice recused from hearing the matter. According to him it is appropriate that the matter be heard by another Bench since he is the Vice Chancellor of National Law School University, Bangalore. He directed the registry to list the matter before Justice T.S.Thakur Today

Stating that almost all the CLAT exams have been characterised by egregious lapses over the years the petitioner has sought the setting up of a “robust, structured and institutionalized mechanism for conducting CLAT to avoid uncertainties and reduce the scope for errors and lapses.”

Prof. Shamnad Basheer, the petitioner, is the Founder and Managing Trustee of IDIA (‘Increasing Diversity by Increasing Access to Legal Education’), a non-profit pan India movement to train underprivileged students and help transform them to leading lawyers and community advocates.

Till last year, he was the Ministry of Human Resource Development Chair Professor in Intellectual Property Law at the West Bengal National University of Juridical Sciences, Kolkata (‘WBNUJS’).

Prof. Basheer is also a recipient of the prestigious Infosys Foundation Prize for the year 2014, for his contributions to legal theory and practice, particularly in the area of legal education, access to law and justice, and intellectual property rights. Recently he was appointed as the Honorary Research Chair Professor of the Centre for IPR, at Institute of Law, Nirma University.

He has also proactively intervened and assisted the courts in matters of significant public importance. Notably he assisted the Apex Court in Novartis v. Union of India [(2013) 6 SCC 1] as an intervener-cum-amicus in the interpretation of Indian patent law.

The Common Law Admission Test (CLAT) was instituted pursuant to the signing of a Memorandum of Understanding in 2007 by the Vice-Chancellors of the first seven NLUs to be established, that is, NLSIU, NALSAR, NLIU, WBNUJS, NLUJ, HNLU and GNLU, which in turn was pursuant to the orders of the Supreme Court in Varun Bhagat v Union of India and Others W.P. No. 68 of 2006, decided on 23.11.2007.

Prof. Shamnad Basheer has averred in his petition that despite the growing popularity of CLAT, “its planning and execution over the years has been marred with serious institutional lapses and inefficiencies, such as arbitrary and sub-standard question papers, incorrect questions and answers, questions that have no reasonable nexus to ones aptitude for the study of law, wrongful allotments of seats, unnecessary delays and an opaque administration that fails to comply with basic standards of transparency and the norms underlying the RTI Act.”

He states that almost all the CLAT exams have been characterised by egregious lapses over the years, including wrong questions, wrong answers, wrongful allotments, paper leakage and a host of other errors that have jeopardised the future of several thousand students. Prof. Basheer has also provided a summary of the “most egregious errors observed till date” in the CLAT question papers, in his writ petition. He has pointed out, inter alia, that one question asks candidates to pick the “world’s largest e-commerce company” from between Amazon and Alibaba, which respectively hold the record for the largest revenue and market value. Prof. Basheer states in his petition that “both Amazon and Alibaba could be interpreted to be the world’s largest e-commerce company, depending on the measure of “largeness” that one was using. Amazon could be said to the largest on the basis of total revenue, while Alibaba would count as the “largest”, based on market capital.”

He further states that the Expert Committee however defended the answer key by stating that the question ought to have been answered on the basis of “popular perception of general masses” and not on “specific data-wise details”. Finding fault with the Expert Committee’s stand, the petitioner says that “demanding that candidates seeking to enter the hallowed halls of legal learning base their answer on popular perception, as opposed to scientific data, is preposterous to say the least.”

Prof. Basheer has also alleged that “the paper setters have also been accused of extensive plagiarism.” Ciitng examples of such plagiarism, prof Basheer avers in his petition as follows;

“Apart from various errors in the questions/answers as outlined above in the 2015 CLAT paper by RMLNLU (Respondent No. 10), the paper setters have also been accused of extensive plagiarism. Specifically, it has been alleged that as many as 135 out of the 150 questions in the Elementary Mathematics (Numerical Ability), English, General Knowledge and Current Affairs, and Logical Reasoning sections of the UG test paper, or 67.5%, that is, more than two-thirds of the total questions have been plagiarized from different sources. Out of these, 27 questions in the General Knowledge and Current Affairs section were shockingly found to have been copied from a single source,www.gktoday.com, a Jaipur-based website.These 27 questions, amounting to 13.5% of the total marks of the paper, were copied from a question bank published by the said website in the months of February and March 2015”.

“In the CLAT – 2009 paper (organized by NALSAR University of Law, Hyderabad), As many as 48 out of the 50 questions in the Legal Aptitude section of this test paper, or 27% of the entire test paper, were directly copied from the Legal Aptitude section of the popular CLAT Preparation Guide Book published by LexisNexis, titled “The Ultimate Guide to LLB Entrance Examination” (2008-09), authored by MA Rashid and Nisa Fasil.”

“Given the popularity of this book among CLAT aspirants, it is likely that a number of candidates were extremely familiar with these questions. As a result, almost 1,123 candidates were tied to each other on the same rank. In other words, each rank was tied among several students as they obtained identical scores. Consequently, the Organizing University was forced to devise arbitrary ways to break ties between candidates for the purpose of seat allocation, such as aggregate of marks secured by the candidates in 10+2 and Matriculation, age, and draw of lots. Given the number of candidates that tied at the same positions and the use of “luck” (draw of lots) to pick one over the other for a higher rank, it is clear that the purpose of the exam to serve as a rigorous filter to help select the most meritorious candidates was severely compromised.”

Prof. Shamnad Basheer quotes an article in leading IP Law blog SpicyIP, to the effect that due to such extensive plagiarism, the CLAT paper setters may even be guilty of copyright infringement.

Apart from the issue of seriously defective Question Papers/Answers Keys, the petitioner submits in his petition that “CLAT exams also suffer from severe discrepancies in terms of allocation of seats, release of merit lists, mal-administration and inefficient management and serious policy inconsistencies”

Prof. Basheer has therefore, sought the intervention of the Apex Court “in the larger interests of student community and the future of legal education in India” to direct the respondent-NLU’s “to instill a robust, structured and institutionalized mechanism for conducting CLAT to avoid uncertainties and reduce the scope for errors and lapses.”