Pronouncing a judgment and then withdrawing it : An unsung blatant error in law!! 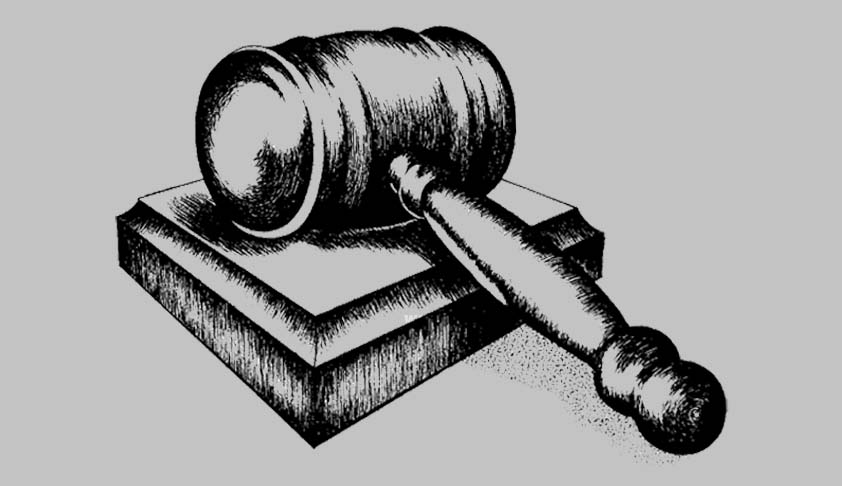 On March 31, 2014 in the RIL-Government dispute relating to cost recovery in the KG-D6 Basin area, Justice Surinder Singh Nijjar as a designate of the Chief Justice of India appointed James Spigelman as the third arbitrator in an application filed by RIL under Sec. 11(6) of the Arbitration and Conciliation Act,1996. However, two days later this duly pronounced reportable judgment...

On March 31, 2014 in the RIL-Government dispute relating to cost recovery in the KG-D6 Basin area, Justice Surinder Singh Nijjar as a designate of the Chief Justice of India appointed James Spigelman as the third arbitrator in an application filed by RIL under Sec. 11(6) of the Arbitration and Conciliation Act,1996. However, two days later this duly pronounced reportable judgment was ‘recalled'. In my humble view, this is a blatant error in law and should be discussed and debated across with full force.

The KG Basin is considered to be the largest natural gas basin in India spreading across 50,000 sq km in the Krishna and Godavari river basins near the coast of Andhra Pradesh. The site Dhirubhai-6 (D6) is where Reliance Industries (RIL) has been in government records, granted the 7,645 sq km block known as the KG-DWN-98/3. This grant of the block has been entered upon through a Production Sharing Contract (PSC) between the Government and RIL and its accessories. The PSC carries an arbitration clause in Article 33 for resolution of disputes by an arbitral tribunal constituting one member by each party and the third as agreed upon by two such arbitrators. Disputes arose between the parties leading to filing of the abovementioned arbitration petition by RIL to appoint a third and presiding arbitrator of a neutral nationality as the two arbitrators appointed i.e. Justice Bharucha by RIL and Justice V.N.Khare by Union, failed to appoint the third arbitrator as per the agreement.

It is settled law, even for a civil judge under Order XX Rule 3 and Sec. 152, 153 of the Code of Civil Procedure, 1908 that once a judgment is duly pronounced in an open court, no addition or alteration is allowed except for minor arithmetic or clerical errors.

The Supreme Court as an institution is governed by the Supreme Court Rules, 1966. Order XIII Rule 3 of these rules make it crystal clear that once a judgment is pronounced by the court it shall not afterwards be altered or added to except to correct a clerical or arithmetic mistake or error arising from any accidental slip or omission. This is subject to Order XL which grants the remedy of a review.

Moving on, the well established doctrine of Kompetenz Kompetenz has also been ignored by S.S.Nijjar J completely which is enshrined in Sec. 16 of the Arbitration Act. It says, an arbitral tribunal is empowered to rule on its own jurisdiction. This implies that any challenge to jurisdiction or allegations of biasness against the tribunal or incapacity of parties etc. has to be raised in front of the tribunal itself. This derives its basis from the concept of party autonomy and honouring an arrangement between parties. The whole jurisprudence of arbitration revolves around the arbitration clause, submission of disputes to arbitration and party autonomy which has been categorically ignored by the withdrawal order so passed.

For the recall, the court has reasoned that some discreet inquiry was being done and it was found that the name was in RIL’s list. It also is pertinent to note that the court ordered to form the tribunal as expediously as possible. Also, the judgment clearly mentions that a discreet enquiry was done as well to reach on Mr. Spigelman’s name.

If, the government had any contention that the name is from the list of RIL, they always had the option to file a review. If not so, the arbitral tribunal so constituted is duly empowered to hear them and decide. But, nothing empowered a 'withdrawal' order at all.

The Supreme Court will have to avoid turning itself into practitioners of power like this. When Supreme Court pronounces a judgment stretching to 71 pages and 83 paragraphs, and marks it reportable, it carries a lot of weight. The court has been established to uphold a rule of law and maintain constitutional dignity in the country. The Court cannot keep aside statute books like this and recall judgments once pronounced. To maintain healthy democratic traditions in a set up like ours it is very important to point out such unsung errors in law. When a tiger sings you enjoy the music or at least you pretend to say so, but no one dares to sing in front of the tiger. Let us hope that such recalling of orders may not become a precedent.