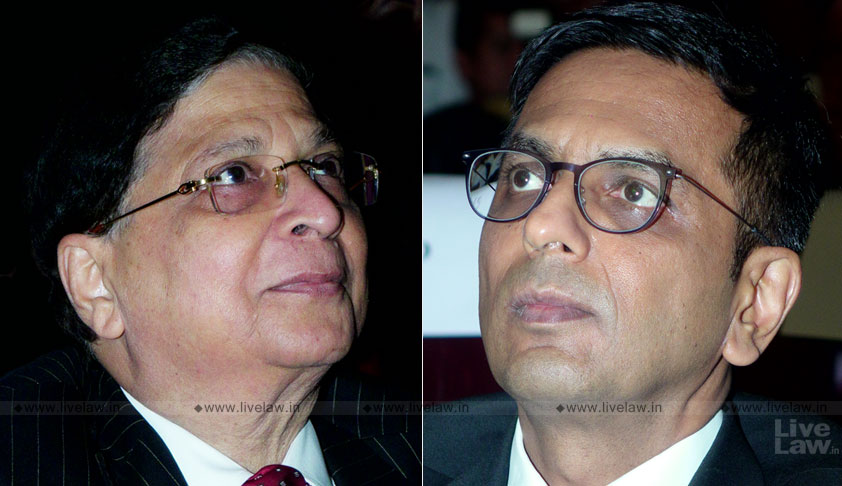 Supreme Court on Thursday re-iterated that a public prosecutor cannot act like a post office of the Government while acting on a petition for withdrawal of prosecution under Section 321 of Code of Criminal Procedure."He/she is not to be totally guided by the instructions of the Government but is required to assist the Court; and the Court is duty bound to see the precedents and pass...

Supreme Court on Thursday re-iterated that a public prosecutor cannot act like a post office of the Government while acting on a petition for withdrawal of prosecution under Section 321 of Code of Criminal Procedure.

"He/she is not to be totally guided by the instructions of the Government but is required to assist the Court; and the Court is duty bound to see the precedents and pass appropriate orders", a two-Judge bench of Chief Justice Dipak Misra and Justice DY Chandrachud  has observed.

The Bench has restored a case against Muslim League MLA PK Basheer which was allowed to be withdrawn under Section 321 of Code of Criminal Procedure by the Chief Judicial Magistrate, Manjeri which was later upheld by the High Court of Kerala.

The Court has remitted the matter to the Chief Judicial Magistrate, Manjeri to consider the 321 application afresh.

"It is clearly manifest that the Public Prosecutor had not applied his mind but had only placed the Government notification on record. The High Court has unsuited the petitioners on the ground that they are third parties who are unconnected with the case".

The Bench also rejected the reasoning by the Kerala High Court that the petitioner being a third party, have no locus standi to challenge the order of withdrawal.

"the petitioners could not have been treated as strangers, for they had brought it to the notice of the High Court and hence, it should have applied its mind with regard to the correctness of the order. It may be said with certitude that the revision petitions filed before the High Court were not frivolous ones. They were of serious nature. It is a case where the Public Prosecutor had acted like a post office and the learned Chief Judicial Magistrate has passed an order not within the parameters of Section 321 CrPC. He should have applied the real test stipulated under Section 321 CrPC and the decisions of this Court but that has not been done".

"We are compelled to recapitulate that there are frivolous litigations but that does not mean that there are no innocent sufferers who eagerly wait for justice to be done. That apart, certain criminal offences destroy the social fabric. Every citizen gets involved in a way to respond to it; and that is why the power is conferred on the Public Prosecutor and the real duty is cast on him/her. He/she has to act with responsibility. He/she is not to be totally guided by the instructions of the Government but is required to assist the Court; and the Court is duty bound to see the precedents and pass appropriate orders".

The bench has passed the order in the petition filed against the Judgment and final Order dated 01.07.2013, whereby the Division Bench has dismissed the Criminal Revision Petition against the Order of Chief Judicial Magistrate, Manjeri permitting the prosecution to withdraw prosecution of Indian Union Muslim League MLA PK Basheer, for offences under Section 195A and 506 (II) IPC.

The bench has cited re-iterated the following observation from the Judgment in  Bairam Muralidhar v. State of A.P

"The Public Prosecutor cannot act like the post office on behalf of the State Government. He is required to act in good faith, peruse the materials on record and form an independent opinion that the withdrawal of the case would really subserve the public interest at large. An order of the Government on the Public Prosecutor in this regard is not binding. He cannot remain oblivious to his lawful obligations under the Code. He is required to constantly remember his duty to the court as well as his duty to the collective.”

Incidentally, when the FIR was registered, the Left Democratic Front (LDF) was in power. Immediately, on LDF being voted out of power and the United Democratic Front (UDF) coming to power, the application for withdrawal of prosecution against the MLA was filed. Indian Union Muslim League was an important ally of the UDF Government which was in power at that time in Kerala.

During the hearing Advocate Raghenth Basant has raised two important questions of law as to (A) the role of a judge before whom an Application for withdrawal of prosecution is made under Section 321 of the Code of Criminal Procedure, 1973, and (B) whether a petition seeking revision of an order granting consent for withdrawal of prosecution can be dismissed on the ground of the Petitioner not having locus standi.

Ragenth has also pointed out that the material on record indicates that MLA PK Basheer in a speech during the closing ceremony of the Conference of Eastern Region of the IUML, had stated that the legs of those who give false evidence against workers of the IUML in the trial of the murder of one James Augustine, would be cut off.

It is further alleged that the MLA had stated that the reason that no one had identified the accused persons in the trial was due to the threats of the Muslim League.

He submitted that the perusal of the above statement makes it clear that offences under Sections 195A and 506 (II) are made out, in that the MLA cannot, under any circumstance, determine what ‘false evidence’ is, as the same is within the exclusive domain of the trial judge.

He also argued that the CJM had granted permission to the prosecution to withdraw under Section 321 CrPC, on the very same date when the Application for withdrawal was filed, i.e. on 04.01.2012.

It is abundantly clear that the Ld. CJM did not inquire into the reasons behind the prosecution having made such application, and that the consent was granted for the mere asking. Curiously, the said application for withdrawal by the Prosecutor was made upon the United Democratic Front (UDF) coming to power with IUML support, and the PK Basheer was a member of the IUML.