'The public prosecutor cannot act like the post office on behalf of the State Government', Supreme Court 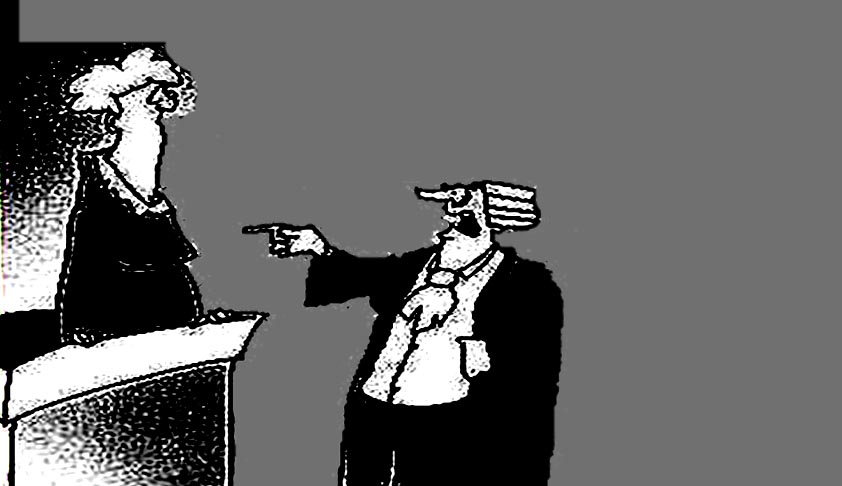 The Supreme Court, with regard to withdrawal of prosecution under Section 321 Cr.PC reiterated the law laid by the Court and held that the public prosecutor cannot act like the post office on behalf of the State Government. He is required to act in good faith, peruse the materials on record and form an independent opinion that...

The Supreme Court, with regard to withdrawal of prosecution under Section 321 Cr.PC reiterated the law laid by the Court and held that  the public prosecutor cannot act  like  the  post office on behalf of the State Government.  He is required  to  act  in  good faith, peruse the materials on record and form an independent  opinion  that the withdrawal of the case would really  subserve  the  public  interest  at large.

The Court was considering an application filed by the Public Prosecutor based on the instruction given by erstwhile State of Andhra Pradesh to withdraw prosecution initiated against  a Sub-Inspector of the Police Station who alleged to have demanded bribe. Pursuant to demand of bribe, FIR under Sections 7 & 13 (1) (d) r/w Section 13 (2) of the  Prevention of Corruption Act, 1988  was registered and  trap  was  laid  and  eventually  charge-sheet was filed against the accused officer before the competent Court. The  accused Officer represented to the State for withdrawal of the case against him on the ground that he  was being  considered   for Accelerated Promotion from Sub-Inspector of Police for his  contribution  in the anti extremist work and also in view of the fact that  his services were recognized by  way  of awarding Police Katina Seva Pathakam in 2005 and his name was  also  recommended  for Prestigious Indian Police Medal for Gallantry for  the  year  2003 etc. The State considered the request favorably and issued a Government order to that effect. In the Application filed by the Public Prosecutor, a copy of the Government Order was annexed wherein it was  mentioned  that  on  due examination, the Government having found good  work  of the accused in the anti-extremist field and other  meritorious  service,  his case  be  placed  before  the  Administrative  Tribunal   for   disciplinary proceedings after withdrawal of the prosecution  pending  in  the  court  of Special Judge.

The Competent court as well as the High Court rejected the prayer for withdrawal. Against the concurrent dismissal, the accused officer approached the Supreme Court by way of a Special Leave Petition under 136 of the Constitution of India.  The Supreme Court Bench headed by Justice Dipak Misra along with Justice Pinaki  Chandra  Ghose after reiterating the law laid in Constitution Bench decision in Sheo Nandan Paswan's case dismissed the SLP, and  held as follows;

"18.   The central question is  whether  the  public  prosecutor  has  really applied his mind to all the  relevant  materials  on  record  and  satisfied himself that the withdrawal from the prosecution would  subserve  the  cause of public interest or not.  Be it  stated,  it  is  the  obligation  of  the public prosecutor to state what material he has considered.  It  has  to  be set out in brief.  The Court as has been held  in  Abdul  Karim's  case,  is required to give an informed consent.  It is obligatory on the part  of  the Court to satisfy itself that from the material it  can  reasonably  be  held that the withdrawal of the prosecution would serve the public interest.   It is not within the domain of the Court to weigh the  material.   However,  it is necessary on the part of the Court to see whether the  grant  of  consent would thwart or stifle the course of law or  cause  manifest  injustice.   A Court while giving consent under Section 321 of  the  Code  is  required  to exercise its judicial discretion, and judicial  discretion,  as  settled  in law, is not to be exercised in a mechanical manner.  The Court  cannot  give such consent on a mere asking.  It is expected of the Court to consider  the material on record to see that the application had been filed in good  faith and it is in the interest of public interest and  justice.   Another  aspect the Court is obliged to see whether such withdrawal would advance the  cause of justice.  It  requires  exercise  of  careful  and  concerned  discretion because  certain  crimes  are  against  the  State  and  the  society  as  a collective demands justice to be done.  That maintains  the  law  and  order situation in the society.  The public prosecutor cannot act  like  the  post office on behalf of the State Government.  He is required  to  act  in  good faith, peruse the materials on record and form an independent  opinion  that the withdrawal of the case would really  subserve  the  public  interest  at large.  An order of the Government on the public prosecutor in  this  regard is not binding.  He cannot remain oblivious to his lawful obligations  under the Code.  He is required to constantly remember his duty to  the  Court  as well as  his  duty  to  the  collective.   In  the  case  at  hand,  as  the application  filed  by  the  public  prosecutor  would  show  that  he   had mechanically stated about the conditions-precedent.  It cannot be  construed that he has really perused the materials and applied  his  independent  mind solely because he has so stated. The application must  indicate  perusal  of the materials by stating what are the materials he has perused,  may  be  in brief, and whether such withdrawal of the  prosecution  would  serve  public interest and how he has formed his independent  opinion.   As  we  perceive, the learned public prosecutor has been totally guided by the  order  of  the Government and really not applied his mind to the facts of  the  case.   The learned trial Judge as well as the High Court has  observed  that  it  is  a case under the Prevention of Corruption Act.  They have taken  note  of  the fact that the State Government had already granted  sanction.   It  is  also noticeable  that  the  Anti  Corruption  Bureau  has  found  there  was   no justification of withdrawal of the prosecution".