Publication of Photographs of Defaulting Borrowers: A Picture Imperfect? 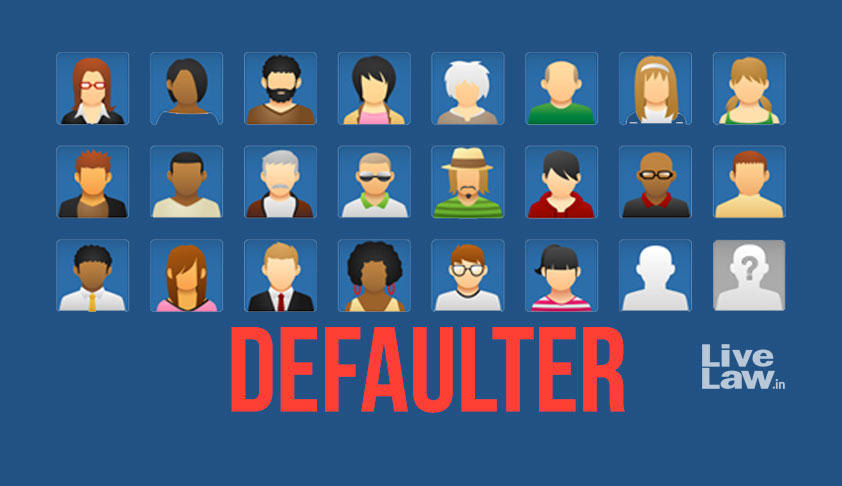 Lending and borrowing of monies has been a practice followed since time immemorial and banks are the most affable financial institutions to accomplish the same. Defaults in payment of amount borrowed is a pressing issue of the day as Indian economy is choking on such defaults which have lead to bad loans worth thousands of crores. A ’wilful default’ is the most aggravated degree of...

Lending and borrowing of monies has been a practice followed since time immemorial and banks are the most affable financial institutions to accomplish the same. Defaults in payment of amount borrowed is a pressing issue of the day as Indian economy is choking on such defaults which have lead to bad loans worth thousands of crores. A ’wilful default’ is the most aggravated degree of such non-payment. According to RBI, a wilful default takes place when an entity defaults in making the payment despite having the capacity to pay or has siphoned off/ disposed off the assets without the knowledge of the bank (Circular-RBI/2015-16/100). In order to curb this malpractice the central bank authorized lending institutions to consider publication of the photographs of wilful defaulters in consonance with the Reserve Bank of India’s instructions. (RBI/2016-17/71) Therefore, in the garb of reforms, the banks have adopted this new technique of publishing photographs of the defaulters in newspapers to ensure repayment and induce deterrence to prevent further defaults. However, this practice of opprobrium is highly controversial and is more regressive than progressive. In the era of open market and competition such a step will result into undue anxiety, panic and loss of business. The ‘name and shame’ strategy outrages and infringes the basic rights attached with human dignity.

Legal implications of such step

Undoubtedly financial indiscipline in the banking sector in India has led to escalation of bad loans which prompted passing of the Recoveries of Debts due to Banks and Financial Institutions Act, 1993(DRT Act) and Securitization and Reconstruction of Financial Assets and Enforcement of Security Interest Act, 2002 (SARFAESI Act). However, the right of the banks to adopt any lawful method for the recovery of its dues, including the publication of the photograph of the defaulter has come directly into conflict with right to privacy and dignity of the borrower, which is a part of the right to life guaranteed under article 21 of the Constitution of India. The Supreme Court of India in R.Rajagopal Vs. State of Tamil Nadu and PUCL Vs. UOI has eloquently interpreted the right to privacy as an implicit right in the right to life.

Moreover, right to privacy is expressly mentioned in Information Technology (Reasonable Security Practices and Procedures and Sensitive Personal Data or Information) Rules, 2011 which provides protection to personal information. Rule 3 inter alia provides financial information such as bank account, credit card/ debit card or other payment instrument details and any detail relating to the above clauses as provided to body corporate for providing service; and any of the information received under above clauses by body corporate for processing, stored or processed under lawful contract or otherwise to be termed as sensitive personal information to be protected. Even under International law the right to privacy has been protected in a number of conventions such as the Universal Declaration of Human Rights, 1948 (UDHR)which provides that "No one shall be subjected to arbitrary interference with his privacy, family, home or correspondence, or to attacks upon his honour and reputation. Everyone has the right to the protection of the law against such interference or attacks."(Article 12)

The UDHR protects any arbitrary interference of the State to a person’s right to privacy. Similarly, International Covenant on Civil and Political Rights, 1976 (ICCPR) under Article 17 imposes a duty upon the State to ensure that individuals are protected by law against “arbitrary or unlawful interference with his privacy, family, home or correspondence, nor to unlawful attacks on his honour and reputation. Therefore, one may say that municipal laws and international laws are in comity as far as the issue of privacy of individual is concerned. In the existing legal structure, the main issue that has arisen is that whether the banks should be allowed to publish photographs of the borrowers to mortify and demean them or whether it amounts to infringement of the borrower’s privacy? Different High courts have decided on the issue differently as the legislature has been silent on the issue.

Recently, in Metsil Exports Private Ltd. & Anr Vs. Punjab National Bank & Anr, 2016, the Calcutta High Court has taken the view that the bank had grossly exceeded its authority in publishing the demand notice in the newspapers along with the photograph of the defaulter and directed the bank to publish an apology in the newspapers.

In the matter of P.R. Venu Vs. State Bank of India, 2013, Kerala High Court came down heavily upon the banks observing that the practice of exhibiting a photograph of a person and shaming him in public for the sin of being in an impecunious condition cannot be encouraged in a civilized society like ours.

However, the Bombay High Court in D.J.Exim India Pvt. Ltd. Vs. State Bank of India, 2013, taking a contrary view observed that under rule 8 of the Securitization Rules, the bank has a right to publish the names and addresses of the defaulters and there is no legal bar in the provisions of the Act which expressly prohibits the bank from publication of photographs of defaulting borrowers. The Petitioner against the judgment appealed before the Supreme Court wherein the Special Leave Petition was dismissed without discussing the issue thread bare.

Similarly the Chattisgarh High Court in Mohan Products Pvt. Ltd. & Others Vs. State Bank of India, 2015, held that Rule 8 clearly demonstrates that the Bank has the right to publish the name of defaulters and  that publication of photograph has got legal sanction under Rule 8 (6) (f) of the SARFAESI Rules, 2002.

Declaring a defaulter as wilful defaulter cannot be left to the capricious discretion of a bank as it will only be guided by its own self-interests and will be willing to adopt ANY measure to retrieve its money. The power to decide whether a person is a wilful defaulter or not should be with a neutral adjudicating authority like a court/tribunal to avoid any conflict of interest as no one can be a judge of their own cause. The borrowers have thus been denied due process of law and their rights to natural justice have been infringed.

The maxim Iniuria non excusat iniuriam i.e. one wrong does not justify other, comes to the rescue of borrowers. Undoubtedly, the banks have the right to recover debts but at the same time they cannot infringe upon the privacy of its customers. For a civil offence, predicament cannot be so high which amounts to defamation. Recent malware attacks like ‘wannacry’ and data leaks clearly indicate that even protected information is accessible and vulnerable. The Reserve Bank of India has already set up a Central Fraud Registry (RBI/2015-16/295) which is a search database to assist banks to detect swindlers and fraudsters. The Enforcement of Security Interest and Recovery of Debts Laws and Miscellaneous Provisions (Amendment) Act, 2016 is another muscular push by the legislature to reform the debt recovery laws in India. These enactments may not prove to be a panpharmacon in the long run but have certainly added teeth to keep a check on bad loans. Hence, there is no dearth of legal amenities with the banks. India being a burgeoning economy which is on its way of building its image of being more than just a soft power, putting up pictures of defaulters will be more inhibitive than liberative.