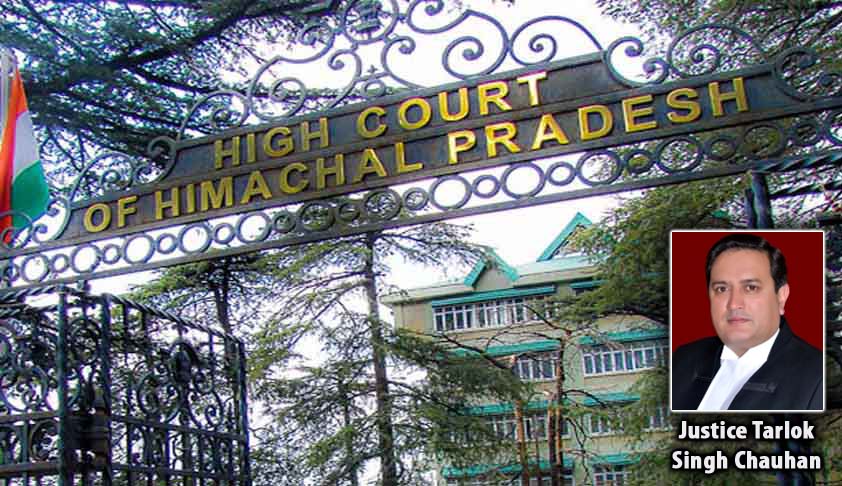 They cannot under the garb of building fund etc. illegally generate funds for their “business expansion” and create “business empires”, the Court said.

The private institutions cannot be permitted to operate like money minting institutions, the innocent people of this State cannot be allowed to be duped any further, observed the High Court of Himachal Pradesh which directed the Government to investigate all the private Educational institutions in the state and to ensure that no one is allowed to charge fee towards building fund, infrastructure fund, development fund etc.

A Private Educational Institution which approached the High Court against the orders to refund the fees it took from some persons desirous of getting admission for MBA PGDM Course, had to face the music as Justice Tarlok Singh Chauhan, who heard the petition,not only dismissed it with costs, but also made a highly critical remark about the institution to the effect that it is no less than a commercial shop, where the aspiring needs of the students stand defeated due to its malpractices and frivolous activities.

The Court taking judicial notice of the fact that number of fraudulent boards and institutions are coming up in the country and about the advertisements being published day in and day out in print as also visual media offering various coursessaid that all this with a primary aim of duping the public in the field of education, by presenting imaginary and illusionary picture for making a successful career to the innocent and vulnerable student. All this unfortunately is happening right under the nose of the State Government. It is difficult to fathom and believe that the functionaries of the State would have no knowledge of the same or would not come across such misleading advertisements, the Judge said.

The court also said that it shocking that the private institutions have been raising their assets after illegally collecting funds like building fund, development fund, infrastructure fund etc. The court further observed “it is high time these practices are stopped forthwith and there is a crackdown on all these institutions. Every education institution is accountable and no one, therefore, is above the law. It is not to suggest that the private education institutions are not entitled to their due share of autonomy as well as profit, but then it is out of this profit that the private education institutions, including schools are required to create their own assets and other infrastructure. They cannot under the garb of building fund etc. illegally generate funds for their “business expansion” and create “business empires”.That apart, it is the responsibility of the institution imparting education to set up proper infrastructure for the students and, therefore, the fee charged towards building fund is both unfair as well as unethical.”

The court also said “the mushrooming of private universities has only led to a cut-throat competition leading to misleading advertisements which can only be termed to be persuasive, manipulative and exploitative to attract the widest possible audience. These institutes trap into their web the innocent, vulnerable and unsuspecting students. Their lucrative and mesmerizing advertisements hypnotize the students only to fall into an unknown world of uncertainties. Some institutes promise hundred percent placement, some claim excellent staff, some claim free wi-fi campus, some promise free transportation etc. But what should really matter is ‘education’. This problem is further compounded by the proliferation of coaching institutes which have only made ‘education’ more dirty and murkier.”

Directing the stateto ensure that no private education institution is allowed to charge fee towards building fund, infrastructure fund, development fund etc. and to constitute a committee to conduct an inspection in all private educational institution in the state with regard to their compliance of statutory obligations , the Court also asked the committee to specifically report as to whether any University/Deemed University/Institution is offering any programme through open and distance learning (ODL) in gross violation of the policy of the UGC and, at the same time also issuing misleading advertisements by stating that their programmes are recognized.